A heart broken man tracked down his estranged wife who had fled their matrimonial home and it ended in tears.

Taurai Nyanga (27) had been deserted by his wife Ms Tariro Mutumbami (22) because of his violent nature.

She had left with their four year old child. 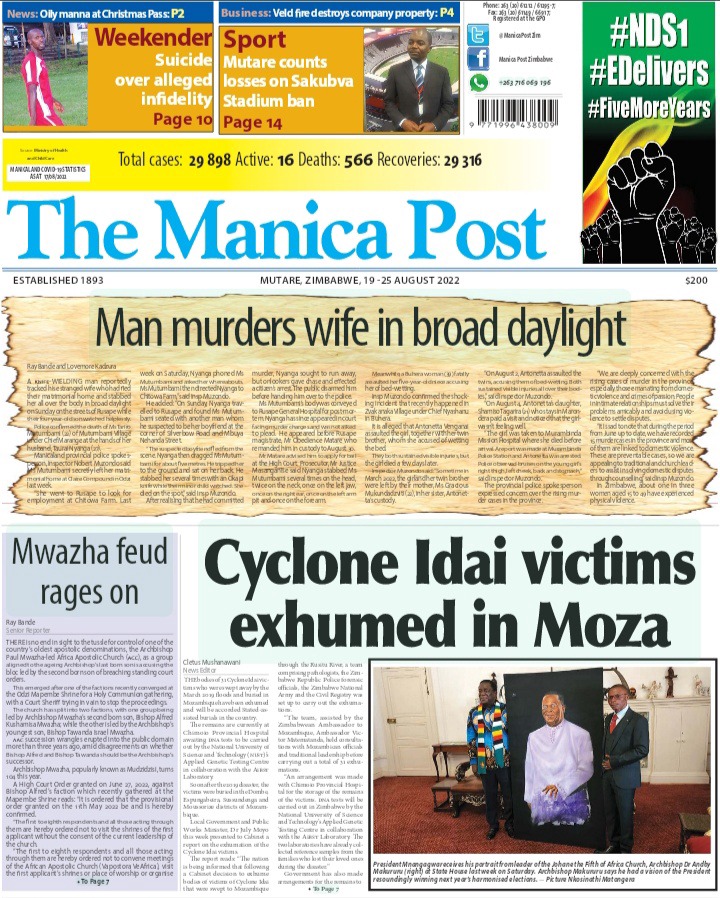 But Zimbabwe media reports state that Nyanga managed to track Tariro and caught up with her in the streets of Rusape.

He then stabbed her all over the body until she lost consciousness. She succumbed to her wounds.

According to media reports, Nyanga saw her her seated with another man whom he thought was her boyfriend.

He then attacked her and the suspected boyfriend fled the scene.

He stabbed her several times with an Okapi knife while their minor child watched. She died on the spot.

He then tried fleeing from the scene but the public gave chase and effected a citizens arrest on him.

Bheki Cele comments on the R850m corruption tender in Tembisa hospital. Here is what he said

South Africans Are Urged To Identify these 4 Suspected Robbers, They Did This To A Security Officer