A Zimbabwean man is facing two murder charges for killing a fellow imbiber and his friend after finding them dancing with his wife in a bar.

Terrence Janguma (29) appeared before Harare magistrate Yeukai Dzuda who remanded him to July 18 for trial. He was advised to approach the High Court for bail.

The prosecutor said on June 27, at around 02.30 am, Janguma was having drinks at Garanehama bottle store, Zimbiru Business Centre with his wife and her sister.

The now-deceased Allan Mugova who was in the company of his friend Tafadzwa Muponda also now deceased approached the accused’s wife who was dancing and fondled her breasts. 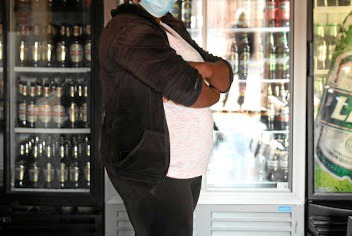 Janguma became furious and confronted Mugova and ordered him to stop misbehaving.

An altercation arose between Mugova and Janguma who broke an empty beer and stabbed the deceased once in the chest. The accused then turned on Muponda and stabbed him once in the lower abdomen.

Mugova ran away from the scene for about 450 metres before he collapsed and died on the spot.

Muponda ran behind Garanehama bottle store for about 10 metres and collapsed before succumbing to the injuries sustained.

The accused person disappeared from the scene.

No one will tell you this for free, use ant hills to solve your spiritual and physical problems