The demand of millions of users drives billions of dollars' worth of illegal drugs around the world each year. 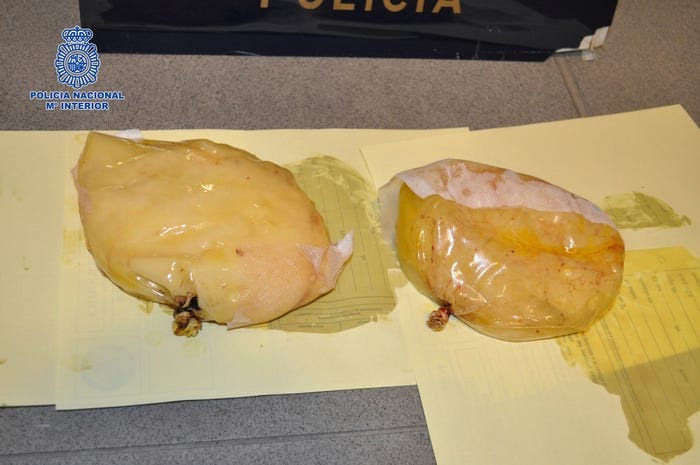 Authorities make every effort to stop the drugs and capture their distributors.

As a result, traffickers have created a range of creative strategies to hide their goods.

US border guards found more than 4,000 pounds of marijuana concealed amid limes in August 2016. 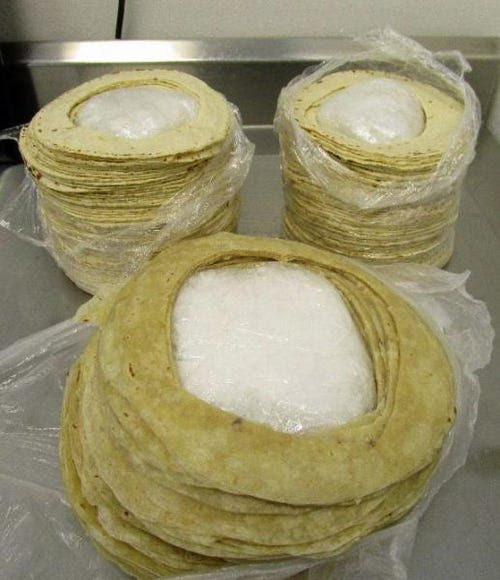 But hiding behind food isn't the only option.

Here is a non-exhaustive collection of the ingenious ways drug traffickers have smuggled drugs, including fake carrots, actual doughnuts, catapults, drones, submarines, and the human stomach. 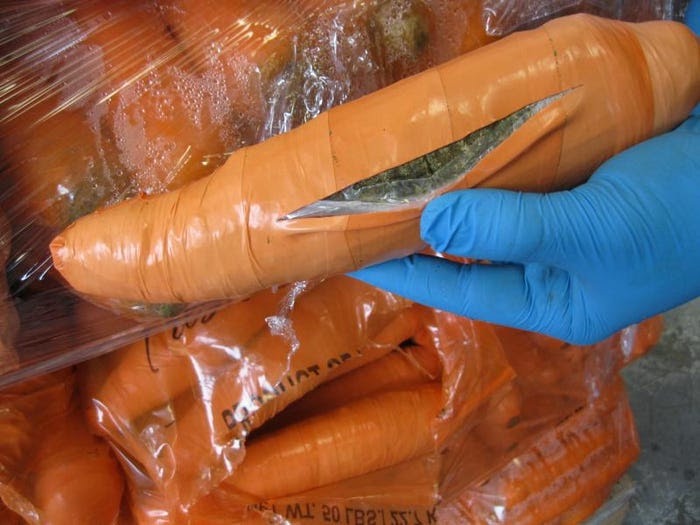 At the Pharr International Bridge, close to McAllen, Texas, US Customs and Border Protection found more than a ton of marijuana disguised as carrots.

Drug traffickers have combined their illegal activities with legal ones, in part so that the former can be hidden. No exceptions applied to infamous drug kingpin Joaquin "El Chapo" Guzman, who is currently facing trial in the US.

In a 2012 New York Times Magazine profile of Guzman, Patrick Radden Keefe wrote, "He opened a cannery in Guadalajara and began producing thousands of cans stamped "Comadre Jalapeos," stuffing them with cocaine before "vacuum-sealing them and shipping them to Mexican-owned grocery stores in California."

In one incident, 1,400 crates of canned peppers were arrested at the border and found to contain "hundreds of kilograms of cocaine," according to a San Diego judge.

Agents in Texas in January 2016 uncovered a consignment of marijuana concealed inside a shipment of carrots and wrapped in orange tape. During the bust, more than a ton of marijuana worth $500,000 was found.

Agents from Customs and Border Protection halted a tractor trailer carrying a commercial consignment of carrots in October 2016. Agents discovered 159 packages totaling 88 pounds of what they believed to be meth among the carrots.

It was alleged that officials in Culiacan, the capital of Sinaloa state, had confiscated more than 4,000 cucumbers and plantains that had been stuffed with cocaine in February 2014, just a few days before Guzman was apprehended for the second time. In another instance, a checkpoint in Arizona discovered a shipment of marijuana that had been wrapped in bundles that resembled watermelons due to the use of green plastic with yellow streaks.

Crystal meth has also been found by authorities along the US-Mexico border concealed in pineapples.

Drugs smuggled into the US inside food shipments can travel far. Police in Chicago were alerted to the arrival of a tomato shipment containing 54 kilos of cocaine, which had a market worth of approximately $7 million, in December 2016. 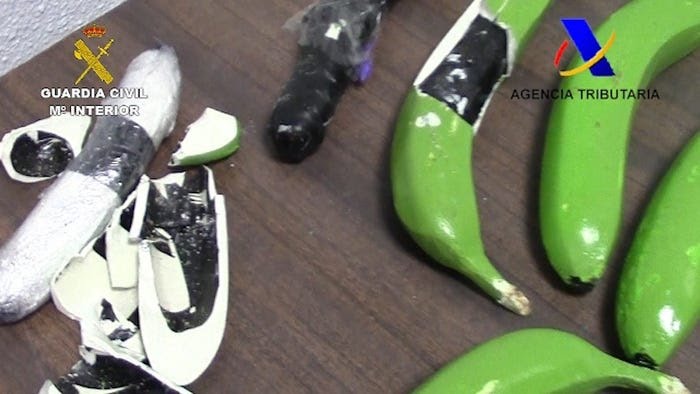 The largest banana grower is Colombia. Cocaine is also widely produced in Colombia.

The overlap has been seized upon by traffickers.

In the southern city of Sevilla, Spanish police discovered 2,000 pounds of cocaine concealed in a commercial shipment of bananas in September. 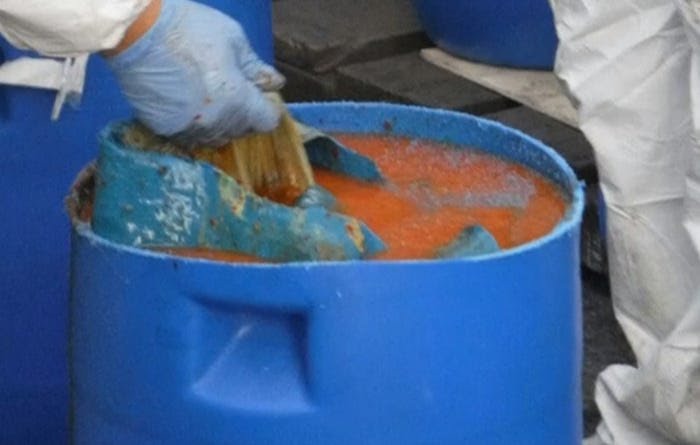