Wednesday, Zimbabwean President Emmerson Mnangagwa stated that the fact that he is continuously surrounded by more than one hundred security personnel has caused him to lose the enjoyment he once had in public life. Mnangagwa said the following when addressing business owners at the opening of the Telecel Africa-built Highlands Park Shopping Mall in the Highlands neighborhood of Harare: "I have not been in a village stroll or to take a walk for some time since I am surrounded by over 100 security men."

I have absolutely no notion how to swipe a credit card. I even requested my nephew to swipe for me, but he replied that he needed my personal identification number (PIN) from me. The shopping area is home to a variety of different enterprises, including medical institutions as well as retail outlets. 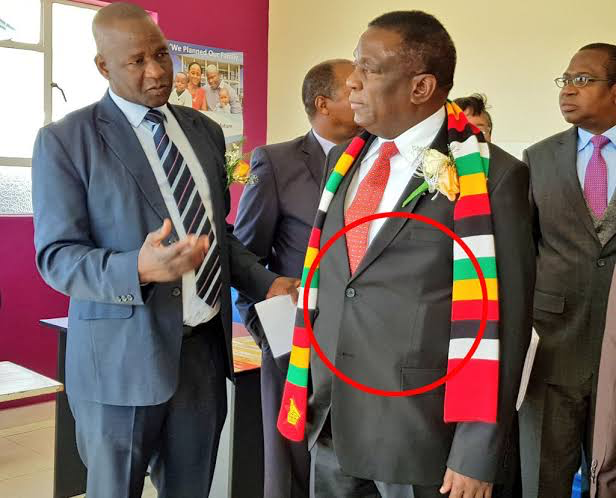 It was clear that safety precautions had been taken both inside the park and in its neighboring areas, such as Newlands. Mnangagwa addressed a separate group of people in Manyame after the inauguration of the edible oil refinery plant that was constructed by Mount Meru Millers Zimbabwe. The business meeting turned into a rally when supporters of Zanu-PF and students from the province of Mashonaland East were transported there via bus while chanting party slogans.

According to the allegations, officials of the Zanu-PF council issued citizens orders to attend the event under the pretense that they wanted an attendance of 20,000 people.

Mnangagwa used his speech to detail the achievements of his administration in the province of Mashonaland East and to urge the local public to vote for the Zanu-PF party, which is now in power and will be contesting the next election.

It is a privilege for me to be back in Mashonaland East to perform the official opening of the edible oil refinery plant that cost $20 million. This visit takes place not long after the Radnor Mine in Mukuya, which is located in the Mudzi area, and the Central Registry e-passport office in Murehwa were both put into operation. According to Mnangagwa, significant projects such as the Muchekeranwa Dam and the Mutoko Royal Fruit and Vegetable Processing Plant, in addition to road, health, and educational infrastructure in all of the nation's districts, have already been completed under the second republic.

When the expansion of this factory occurs, there will be more than one thousand people employed there. Those of you who are local will eventually get jobs and feel satisfied with your lives. You can now look for work without having to travel all the way to Harare. The company is responsible for the production of cooking oil, which is normally acquired from third-party vendors. We would like for you to cultivate crops of cotton, sunflowers, and soy beans. Because of the circumstances, that is required. When it comes to the distribution of inputs through Pfumvudza, I will see to it that we have a specific money set aside for various crops.

Mnangagwa asserted, while speaking at a business gathering in the United Arab Emirates in 2019, that he had successfully convinced Atul Mittal, president of the Mount Meru Millers Group, to visit Zimbabwe and make an investment there. There were a number of people of white race present. Whenever I spoke to them, I found myself wondering, "Are they able to hear (understand) what I'm saying?" They did not make a sound at all. After that, one of the men, named Mittal, came up to me and said, "What you said motivated me, and I want to pay you a visit." After that, he showed up and asserted that his family owns various businesses across 14 different countries. I informed him that our company has a plan to construct plants in more remote locations. At the beginning of this year, he made his way into the territory ruled by Chief Seke. As he was asking more investors to come to Zimbabwe, he made the following remark: "Aaah, I had neglected to meet chiefs, how are you?"

According to Mittal, his company is committed to providing assistance to the Manyame Rural District Council as well as the people that live there. He gave his word that he would supply the pupils at the nearby schools with food.

The current manufacturing capacity stands at 3 percent, and the goal is to bring that number up to 30 percent. Mittal continued by saying that we as a group are proud of the fact that each and every youngster in this district will be provided with a meal at school on a daily basis.