N2 was disastrous today, this is what happened 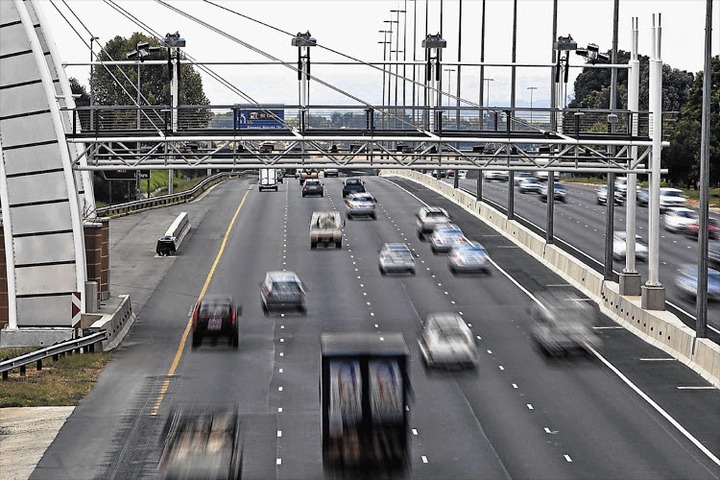 On Tuesday the 5th of October 2021 motorists were dealt with a heavy blow that threatened to shut down one of the busiest roads in South Africa.

Traffic was jammed and movement was extremely slow. This meant that motorists who were in a rush were set to experience massive inconveniences. Radio stations and news sites were sending out messages traffic advisory messages to all motorist so that they may not fall into the trap.

Along the N2 freeway, the inbound lane at Borcherds Quarry Road was real disaster as the grass in a nearby veld caught fire. This resulted in the visibility of motorists getting affected and they could hardly see a few meters from them. The cause of this veld fire is not yet known and investigations are in progress.

Thick grey smoke had filled up the streets while the air was heavily polluted. If one would have inhaled the smoke that was coming from this fire, they could possibly choke. Visibility was affected on all lanes of this freeway.

Traffic advisory messages were being sent out to motorists as they were being advised to approach this scene with caution.

Among the users which shared the message to motorists on twitter was NetStar Traffic which tweeted, "Grass fire: N2 inbound at Borcherds Quarry Road, visibility reduced both ways. Please approach with caution" 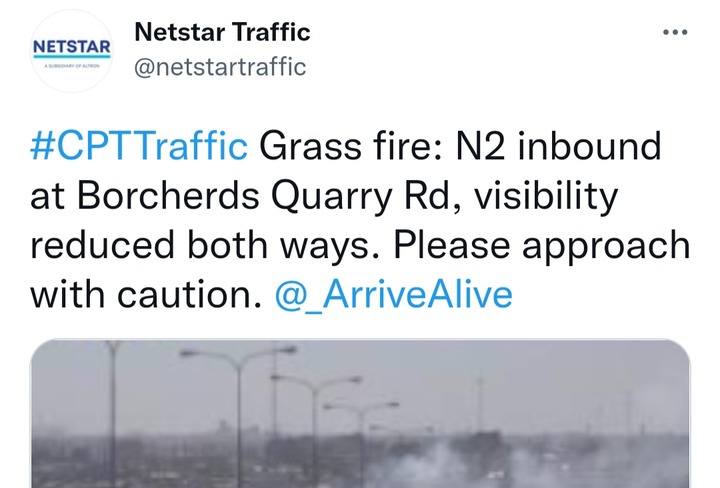 And investigation is set to be carried out by the relevant authorities as they seek to determine what will have caused this fire. In times like these it is common for those who do not have enough knowledge about the environment to light up fires.

However this can lead to catastrophic damages being done to the ecosystem. Members of the public are often urged to desist from the habit of lighting up fires unnecessarily. If veld fires are left uncontrolled, they might have undesirable consequences.