THE STATE says it will jeopardize public health to release Mthokozisi Nene who is a police officer . Nene was arrested for killed his wife . The wife was a teacher's wife.

According to the source, This was revealed by the prosecutor, Advocate Nokubonga Mahlaba in the Camperdown Magistrate's Court yesterday. 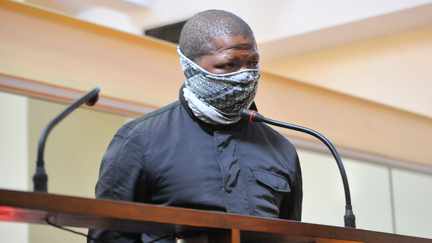 The suspect Mthokozisi Nene, 44, appeared in court in connection with the murder of Thobeka Nene, 41-year-old MaMasomi, on June 22 night. The case was postponed to next Wednesday for a police officer to apply for bail.

The state has since indicated its opposition to the bail application, saying the case Is serious.

The gun that killed the deceased, who left two girls, aged 12 and six, still missing.

Adv Mahlaba said if the court could release the suspect, it could jeopardize the lives of members of the public, put pressure on witnesses or intimidate them.

"It is possible that the accused lost the evidence because he knows the witnesses the State can bring to court to testify," said Adv Mahlaba.