SA’n killed brutally by Botswana Police after Cash In transit Heist in Gaborone. See how many died

By Hemjay_Lamba (self media writer) | 4 months ago

Image Nine alleged cash-in-transit thieves from South Africa and Botswana were killed by police in Gaborone, Botswana's capital. Both countries were represented by suspects. According to Deputy Police Commissioner Dipheko Motube, the firefight began Wednesday afternoon when a cash-in-transit truck at Botswana's largest mall was ambushed and robbed by 11 heavily armed men. Despite the fact that the robbers fled the area, police located and confronted them at a location just outside of Gaborone. A 30-year-old Motswana woman has been arrested and is being held in custody. 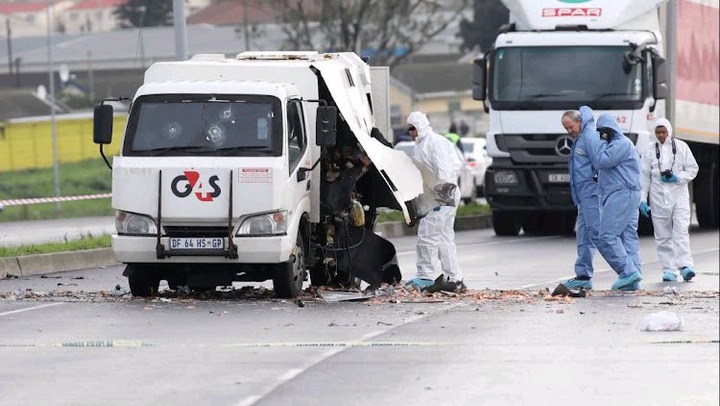 According to Motube, the site was discovered with four handguns and an AK-47. He asserts that the lion's share of the funds has been recovered. Eight members of a cash-in-transit gang were killed earlier this month in a gunfight with police in Rosettenville, a suburb in southern Johannesburg. 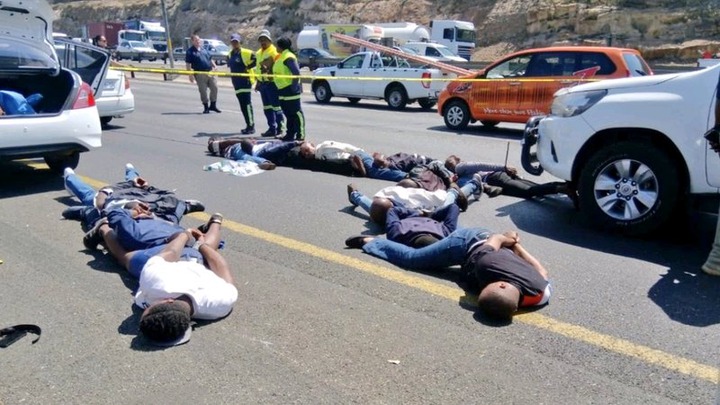 They appeared in the Johannesburg Magistrates Court on Monday, and the matter was adjourned until the third week of next month. The court heard from the ten men who were detained following Monday's gunfight with police in Rosettenville. Along with murder and attempted murder, they are charged with possessing unregistered firearms and ammunition, explosives, hijacked vehicles, and conspiring to commit a cash-in-transit theft. 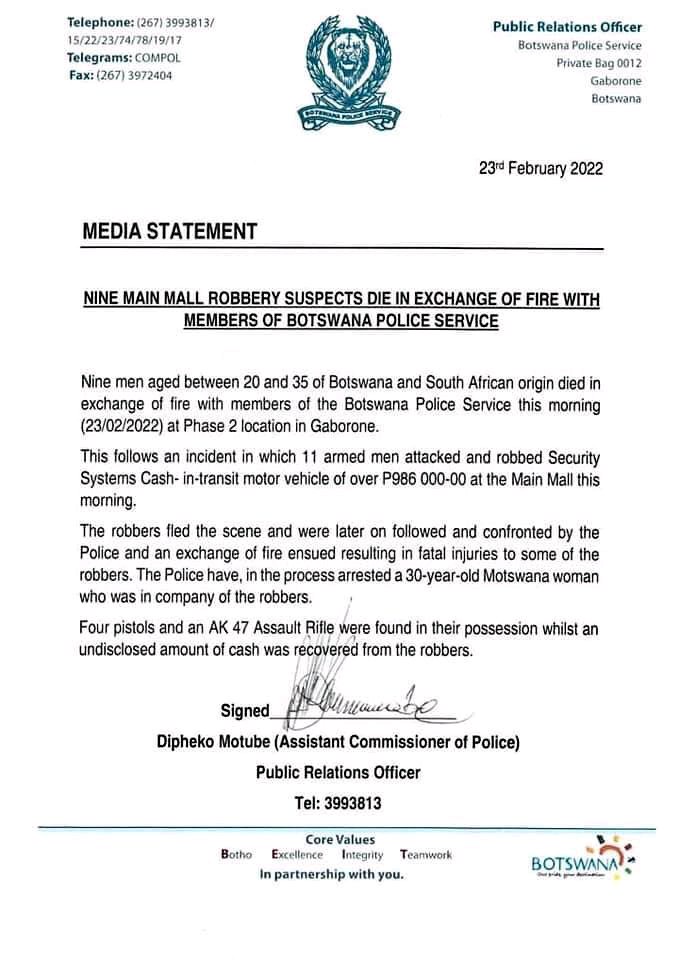 ight people were killed in a shootout with police, including one who was shot in the head. One of them was a former SANDF member. Seven of the suspects remain at large. Four police officers were injured during the gunfight, one of whom died later that day in the hospital.

Continual threat for her life, according to Kelly Khumalo, is her reality.

Sithelo Breaks Her Silence, She Claims That Andile Mpisane Did This To Her, See Here