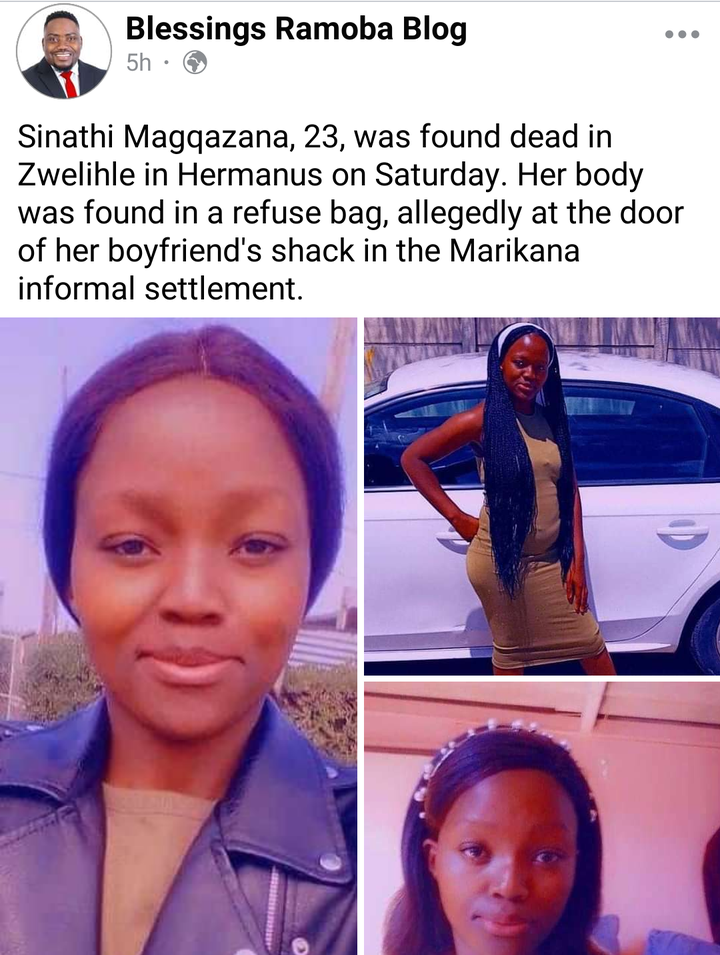 Khanyile Ramba, a 24-year-old man from Hermanus, South Africa, appeared in Hermanus Magistrate's Court on Wednesday, September 15, to face charges of murder in the death of his girlfriend, Sinathi Magqazana.

Magqazana, a 23-year-old woman from Zwelihle, just outside Hermanus in the Western Cape, was discovered dead on Saturday, September 11th.

Sinathi's lover, according to her sister, beat her with a hammer on the top of her skull till she passed away. He then took her corpse and placed it in a black bag before leaving the home.

Colonel Andre Traut, a spokesman for the police department, verified the event and said that the subject surrendered himself to officers. 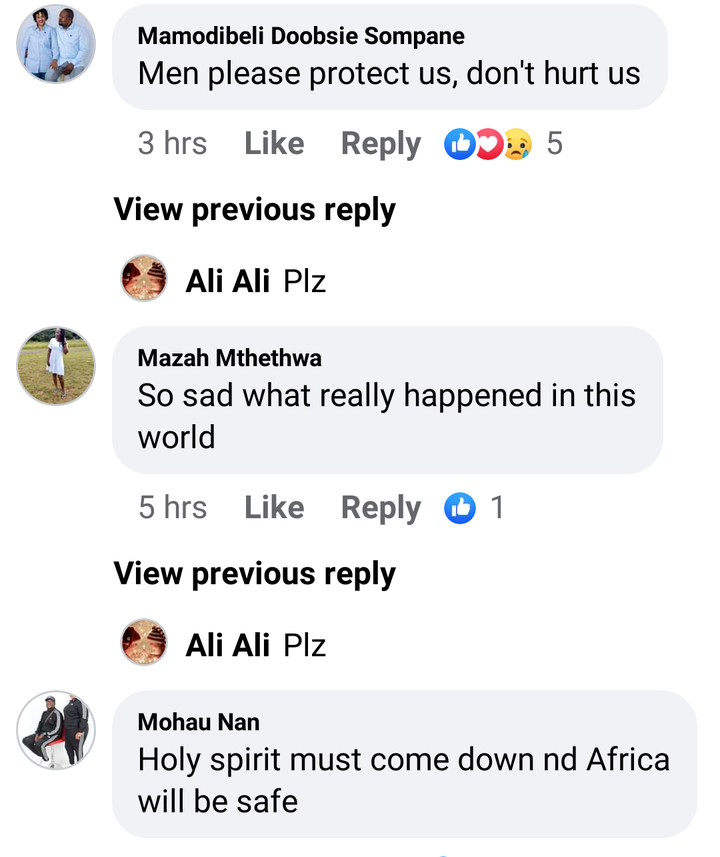 Eric Ntabazalila, the provincial spokesman for the National Prosecuting Authority, said that Ramba had appeared in court on accusations of murder and intentional damage to real property.

The case was postponed to Friday, September 17, to allow for the creation of a bail profile.

'I was getting ready to go to work on Saturday morning when two people from the neighbourhood came to my door and asked for me,' her father, Mthelezi Mbovale, told News24.

"They informed me that I was required to go to Marikana. When I inquired as to "why" and "what occurred," they said that my daughter had died "Her father shared his thoughts.

"As soon as I walked through the door, I saw her because her head was poking out from outside. She had been placed in a plastic bag, and her hair was now completely black due to the blood. She'd been smacked in the face with a hammer. I don't recall much of what transpired after that, to be honest "he said. 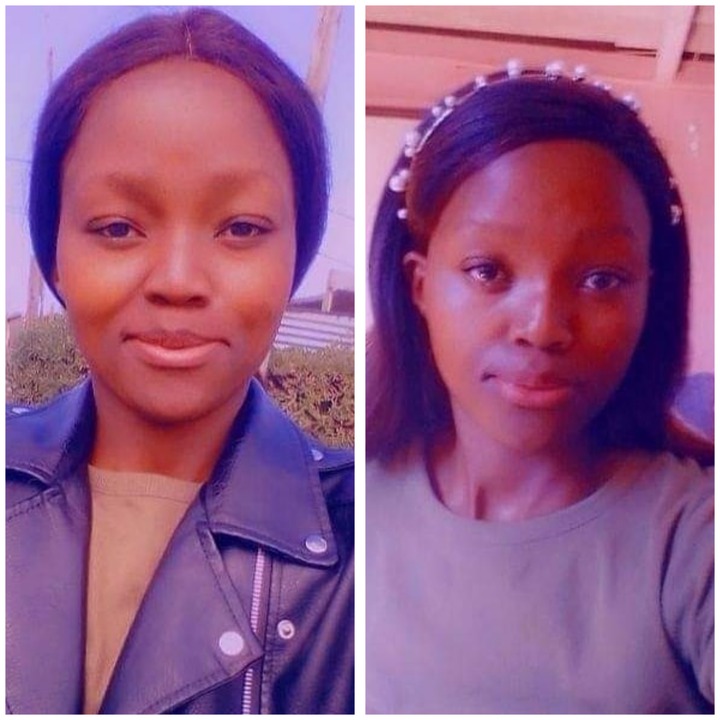 Sinathi's close friend Zimbini Mqikela said that the night before the murder, Sinathi's boyfriend had shown up at the place where they had been hanging out and asked that she accompany him.

"He had compelled her to do it, and then he thrashed her. We attempted to fight him, but he was victorious'' she said.

She was unclear of where they had gone, but she said that her boyfriend returned in the early hours of the next morning, armed with a hammer and sobbing. Mqikela said that they had chased him away.

"We were alerted the following morning to the presence of a lady at the hut. We drove to the location and saw her corpse, which was wrapped in black plastic. We were taken aback since Sinathi was a kind person who treated others with dignity. She cherished her friendships. She didn't deserve to be killed in this manner."

Locals have already demolished the hut, according to Mqikela, since "that is what happens when someone does anything bad to another person," they said.