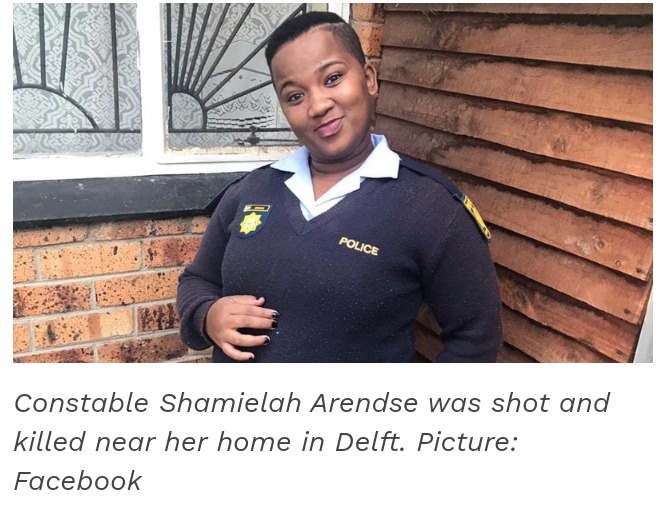 Shamielah Arendse's funeral was finally held days after she was gunned down . May her soul now rest in peace. The Western Cape law enforcement agencies said their final goodbyes to one of their own officer who was killed some days back.

The law enforcement agencies gathered together as they were paying their last respects to Constable Shamielah Arendse . She got shot and killed while she was outside her home in Delft on the 21st of June 2022. 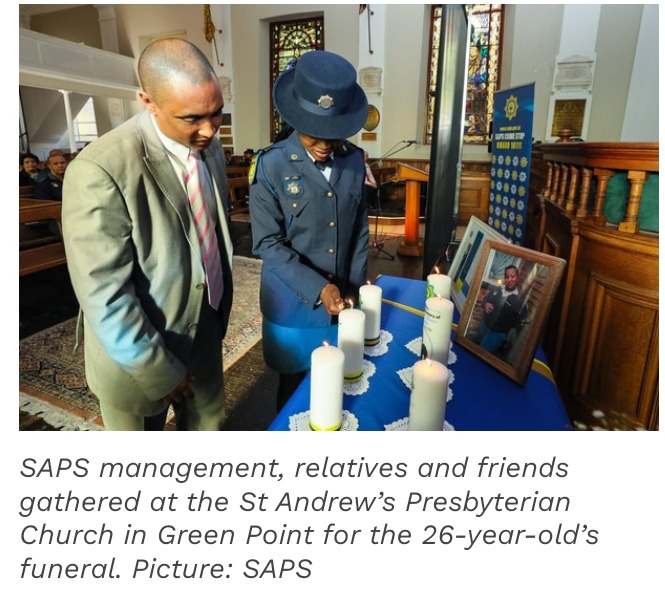 The management from the SAPS , relatives and friends came together at the St Andrew’s Presbyterian Church in Green Point yesterday, where the funeral of the late 26-year-old Constable's funeral was being conducted .

In accordance with the report that was previously provided , the police spokesperson Novela Potelwa alleged that Constable Arendse was standing in front of her home with three people when several shots were fired . 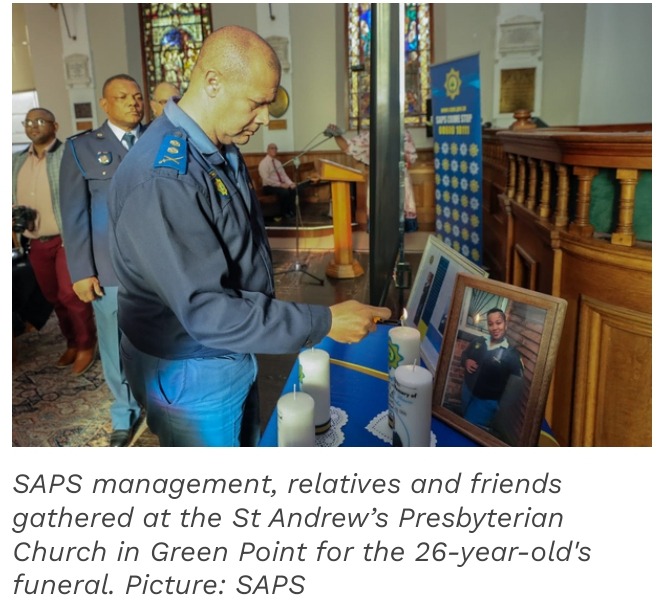 As the life of a constable was claimed , it was confirmed by Potelwa that a murder docket had been opened. The Hawks reportedly took over the case to determine who may have been behind the killing of Constable Shamielah.

The victims who included two men and a lady died on that fateful day according to ths spokesperson for the SAPS , Colonel Andrè Traut .Investigations are still ongoing .