By Beautyk.Entertainment (self media writer) | 12 days ago

Last week the story of a woman's body parts found in a fridge made headlines. It is now revealed that the woman was his wife, Tshepang Pitse.

The suspect took his new girlfriend, who he met in Facebook to their house in soweto. She told him she was hungry. He then left the house leaving her alone, she went to the refrigerator to get something to eat and she found the body parts. 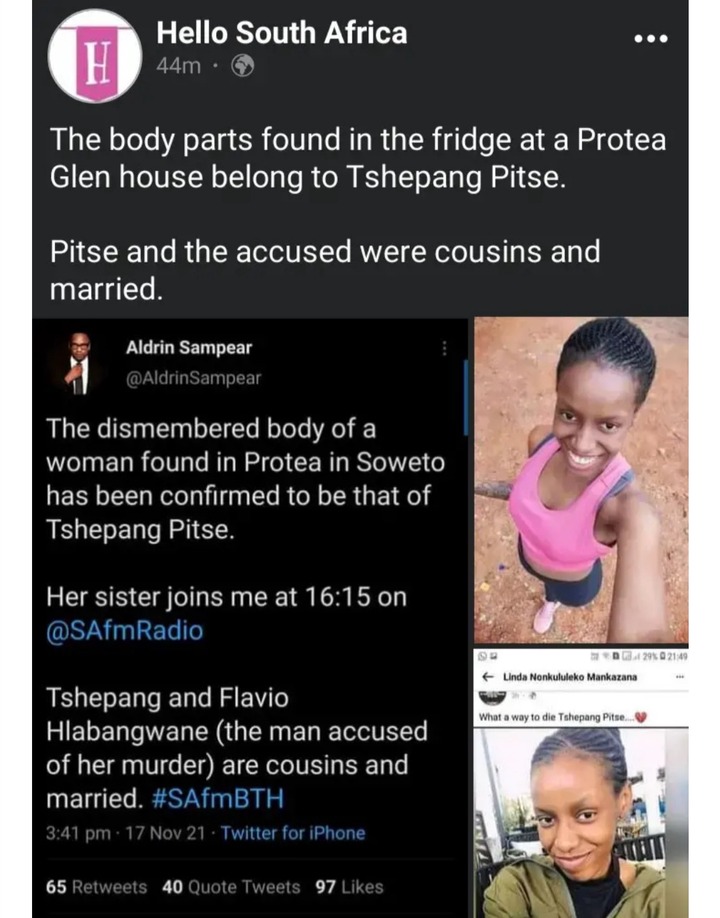 It is also alleged that the two where cousins. According to a neighbor, they thought it was a case of mistaken identity. He achieved 7 distinctions at school and the neighbor said they thought he was a role model to other kids. She said that Tshepang's mother was a nurse in London for many years and that she was to collect her mother's money. The neighbor said this could be the reason why he killed her. She also recalls Flavio's mother whom is also Tshepang's aunt ill-treating her and her twin sister.

Once Flavio realized the police was called, he tried to commit suicide by stabbing himself. He appeared in court and was charged with murder. He will appear back in court on November 22nd. 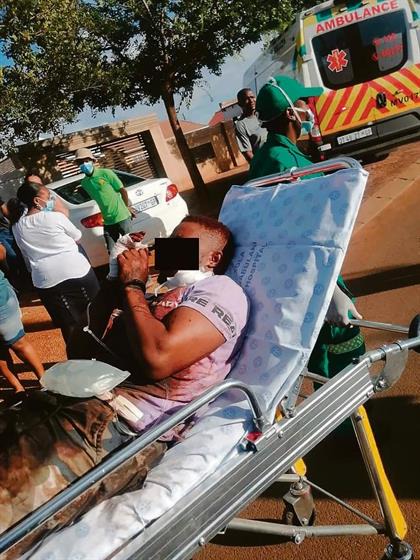