"Wow the chills…lastnight I had a visitor, Namhla hiding behind a smile, she said “he is obsessed with the idea of revenge,he owns me…”Please let us help her crossover light a white candle in short prayer may she not suffer even after her death" wrote Gogo Maweni. 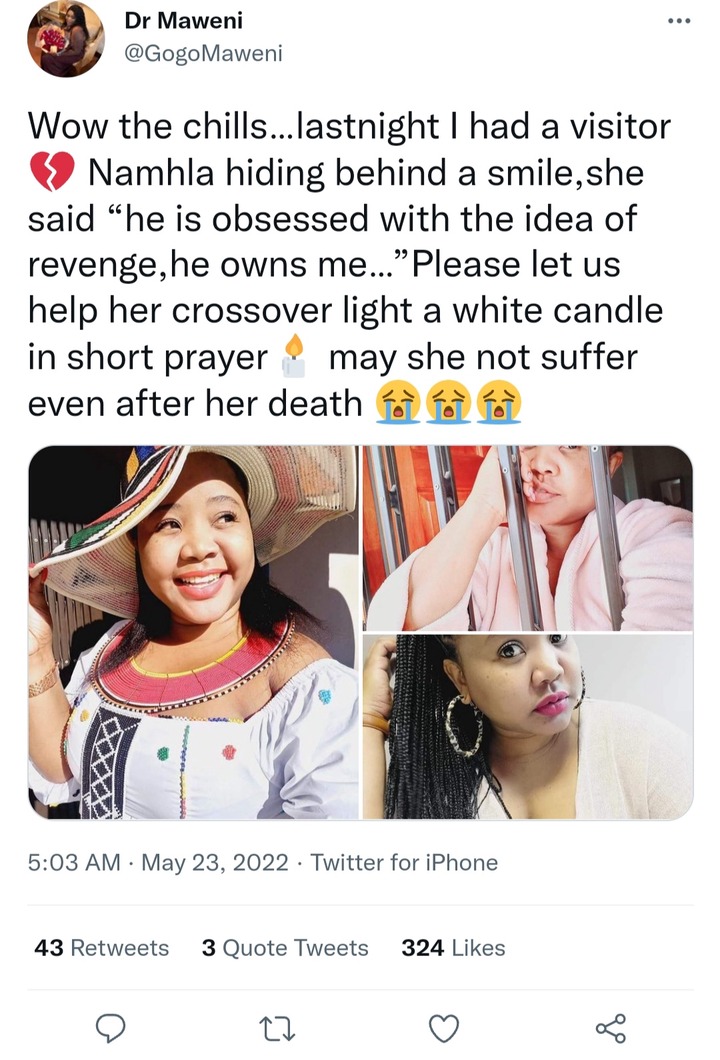 Gogo Maweni's claims have sparked outrage on social media, with followers urging her to get engaged in bringing Namhla Mtwa's alleged culprit to justice spiritually and culturally. Tweeps have put their faith in Gogo Maweni after the drama that erupted between her and baby daddy Sthembiso SK Khoza, where she wasn't afraid to admit that she may or may not have had a hand in his recent spiraling out of control events. In the same breath, some Twitter users have labeled Gogo Maweni's dream and vision as clout chasing throughout Namhla Mtwa's suffering. Some Twitter users aren't buying what Gogo Maweni is selling, clearly calling her out and accusing her of exploiting the situation for personal advantage.

Namhla Mtwa was laid to rest yesterday, but her suspected abuser and murderer has yet to be apprehended. The suspect is a well-connected businessman and an African National Congress member. While people are demanding justice for the late Namhla Mtwa, the South African Police Services and President Cyril Ramaphosa have faced the wrath, outrage, and anger of the entire Mzansi on social media.

Pictures of Nelson with Zuma and Mbeki, seems ignoring Zuma had surfaced the internet

Here Is How Vandalism Is Affecting City Power.