By Rumbiekay (self media writer) | 19 days ago

There are many reasons why people became homeless. As opposed to what many people think tat homeless people all do drugs and are criminals there are other painful stories behind some homeless people.

A certain young man shared a story on twitter of an encounter that he had had with a homeless person. the young man wanted to go to an exam therefore he parked his car 3 km away from his exam room. Just as he was close to his destination he realised that he had carried his phone with therefore going back to his car would have been too long. https://twitter.com/bigdem/status/1445052561069850635?t=yPLpde6uhxJ1MOoHAPin7Q&s=19 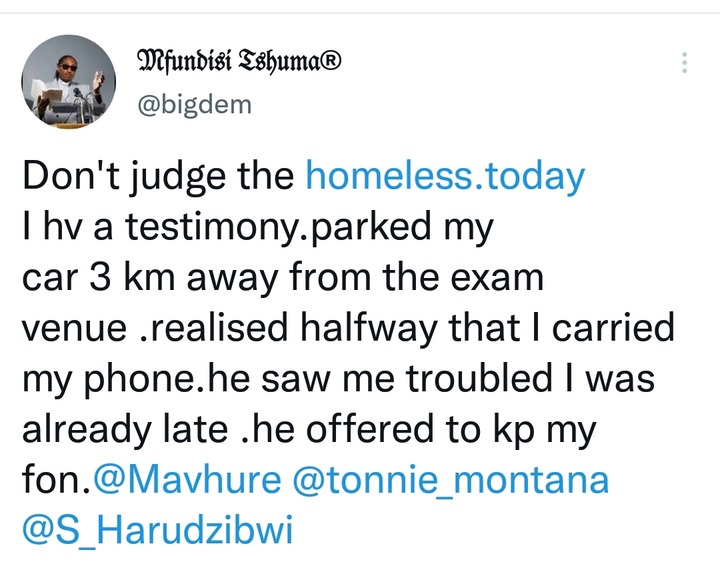 A certain homeless guy he only identified as Brighton saw hoe troubled he was therefore he offered to keep the phone for him. The guy at first was hesitant to give him but later on just gave in. He left the phone with the homeless guy and told him to answer his calls and inform people that he was in an examination. 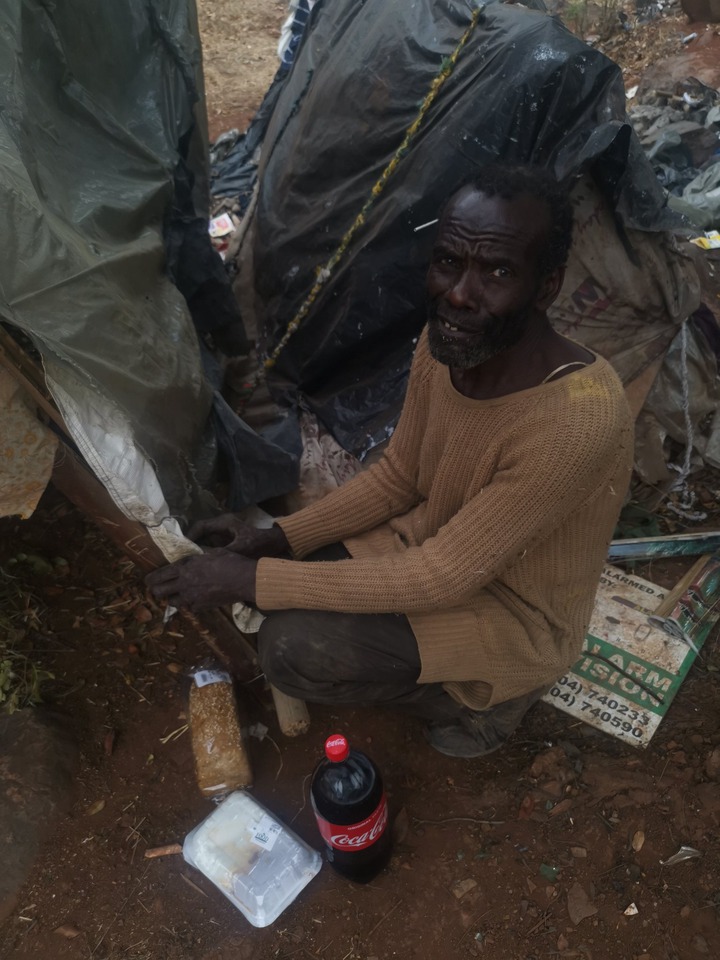 After he finished the exam he found the homeless guy with the phone rapped up in a plastic as it was starting to shower. He thanked the man wholeheartedly and bought him food to show gratitude for his honestly. If the homeless man had not helped him it would have had been difficult for him to write his exams phones are usually not allowed in examination rooms. This should teach people never to judge the book for its cover. there are a lot of good people out there who are struggling simply because they experienced something bad or because they just couldn't get the opportunity that most people got. 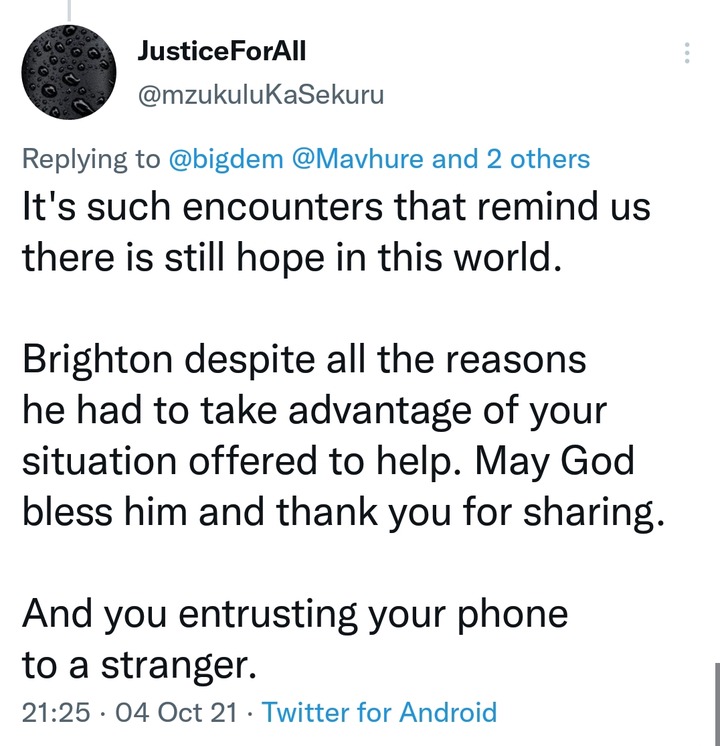 If you get a chance to help someone in life with the little that you can you should do it. You may never know who might help you in the future. some seemingly useless people could be the only people that you have when you face a very difficult situation.

Zodwa Wabantu slapped a fan at an event in Driefontien

11 Kidnapped Ethiopian Nationals Discovered in a Storage Facility in Soweto and Gauteng.

Joburg Shooter Enters House to Shoot A Man and his Girlfriend, What He Does Next Shocks Police