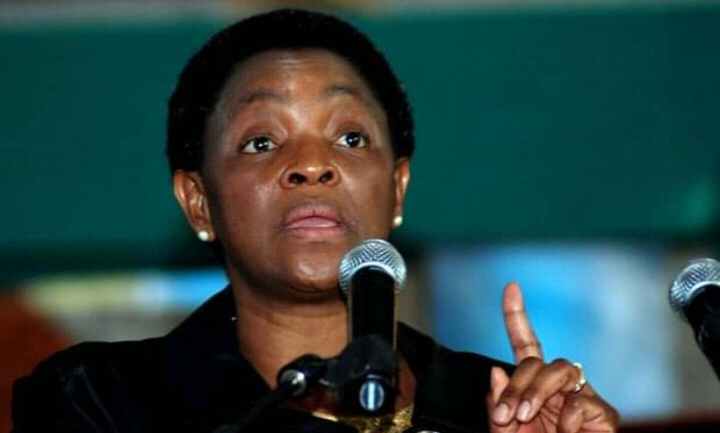 Following the tragic deaths of young people at Nyobeni Tavern in the Eastern Cape, former Minister of Social Development and convicted perjurer Bathabile Dlamini took to Twitter to express her opinion.

Like Police Minister Bheki Cele, Dlamini has made headlines for comments such as "if it was up to me, South Africans would not be drinking alcohol." 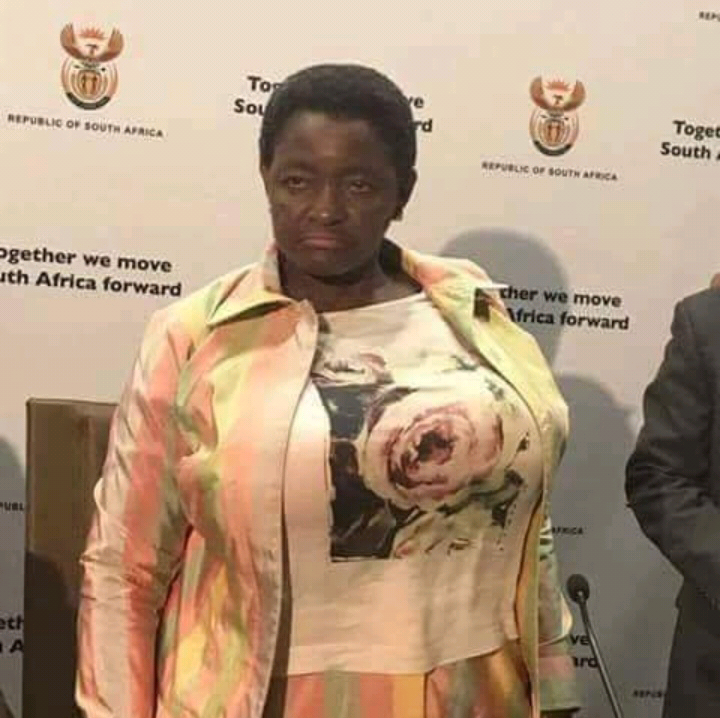 Although she had a positive attitude about drinking, the term "Drunk Bathabile" cast a shade on her efforts and the reputation she had worked so hard to build.

This followed allegations that she was intoxicated on the job when she stumbled around an event. She was subsequently accused of being inebriated by pricey whiskey, which she refuted by explaining that she suffered from epilepsy and was therefore constantly exhausted as a result of taking her medication.

The tragic events that took place at Nyobeni Tavern in Dlamini have shown that new alcohol regulations are needed. She continues by saying that when she was serious about reforming alcoholic beverage laws, she was branded a drunk by the general public. 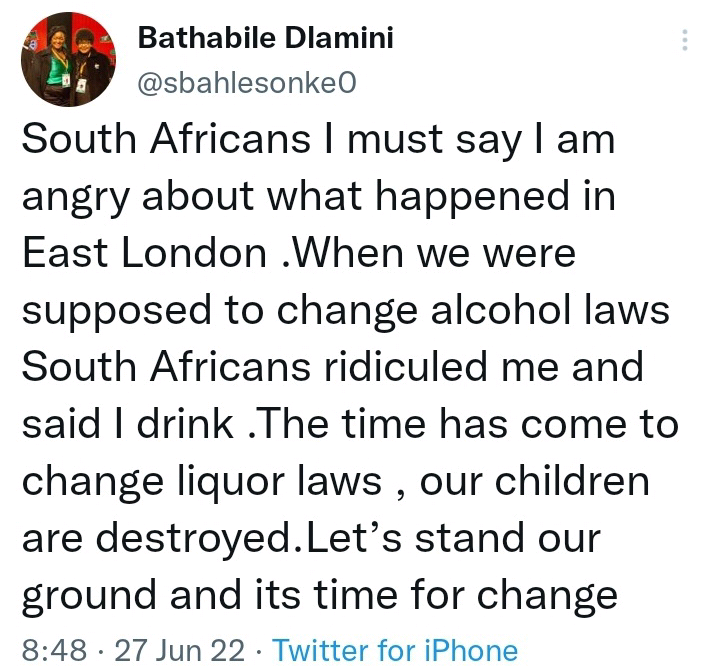 The moment has come, she urged the public, to modify alcohol regulations because of the devastation they wreak on society's youth.

Considerations of the General Public

The public, in contrast to Bathabile's view, believes that parents, rather than the government, are responsible for instilling moral values in their children and addressing the country's social ills.

Some argue that parents who provide alcohol to their minor children should face criminal charges, while others argue that tightening alcohol restrictions at this time would be futile because many people still managed to obtain alcohol and smokes during the Covid-19 lockdown.

Pictures of the children drinking and smoking at the Nyobeni tavern surfaced online before the catastrophe, and it is clear that these minors had no business being there late at night.

The families and the pub owner should be ashamed of themselves for allowing this. While the bar owner has been charged criminally, the government must take further measures to safeguard the safety of minors in the future. Inconvenient watering holes. As a job creator, they are essential, but they must be strictly regulated.

Easy Ways To Determine If You Have Gonorrhea