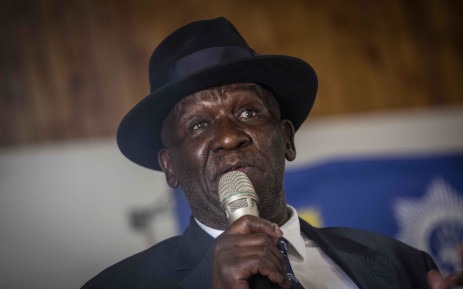 Cameron and Cele went head to head in Gugulethu on Tuesday during a local gathering to address wrongdoing.

A few older local area individuals looked as strains rose in the lobby.

Cameron, who is blamed for gatecrashing the gathering, reprimanded the priest for an inability to convey adequate policing area of interest regions.

He said that the deficiency in assets exacerbated a terrible issue, particularly in Khayelitsha and Delft where assault and murder stay a reason to worry.

He accepts that Cele's presently popular eruption was inappropriate.

"Cele could have done without the way that I let him know that he was bombing his own established command and that he was transforming wrongdoing into a policy driven issue, rather than zeroing in on the central concern. So indeed, he blew his top and he began yelling at me and I was then powerfully taken out by police. However, we won't quit revolting against him and the way he's mishandling his powers for thuggery and police thuggery," Cameron said.