Let me tell you something;

Lockdown will remain for the next 3-4 years up until y'all get unemployed and get VACCINATED.

The establishment will protect Ramapauser to remain president by any means necessary until the mandate is achieved, then he himself will be discarded off, but there will be nothing left for you by that time, and that will be the time you will realize that the real agenda was never about race or the colour of your skin, rather it's PSYCHOPATHS vs HUMANITY, we all going to suffer but in the world's economic chronological order.

You know what; THEY WANT TO HARVEST YOUR SOULS. That's what this thing is about, I will write a post tonight to try and explain this. It's a battle beyond this dimension. 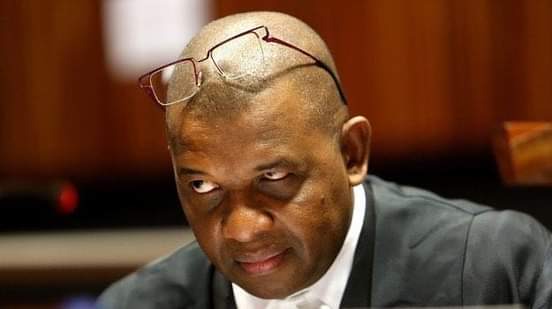 Most irrational and evil decision ANC ever made was when they send highly armed soldiers to homeless impoverished and economically excluded living in shacks to take their groceries both looted and not looted to destroy. This is like taking food from mouth of starving and homeless people because you think/believe if you do not confiscicate it, it will encourage crime.

Why government needed highly armed soldiers to take food, sanitary towels, clothes, bedding fridges televisions you only want to burn and destroy? ANC and government violated human dignity of people who will not afford legally challenging the state because they cannot pay lawyers. They did a job for white racists to humiliate and criminalise the impoverished Africans.

They choose to humiliate blacks only and picked the weakest to show off. The Indians attack was racist. Preventing blacks to buy for being black was racist. Collecting looted goods to black only, by ANC was racist and class antaginism done by blacks. The extreme show off of power to unarmed people to repossess sanitary towels and food from unarmed gogo is a shame of history is irrational and evil.

This is how we will remember Ramaphosa. Lies and propaganda which tried to make Zuma arrest look lawful, constitutional and procedurally fair, proved highly organised propaganda. The media avoided a lot of facts to sell that narrative. They worked tirelessly painting false picture that Zuma was afforded fair trial and opportunity.

Behind those lies there were 3 ANC camps. There were Mbeki and Motlante camp as well as Ramaphosa faction who are all haters Jacob Zuma. anti White supremacists who have a very long history of hating Jacob Zuma got opportunity assist that propaganda coming in as legal experts.

As time goes on those lies became obvious.

This is just my opinion