The life of the zama zama part six: Experiencing the deadly underground world of the illegal miner. A personal encounter 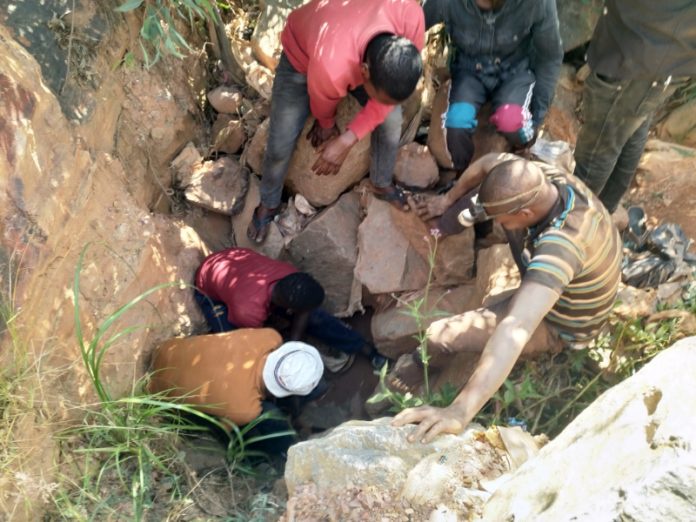 Every day, when the zama zamas enter the deadly tunnels, there is no guarantee they will come out alive.

They risk being killed by a rockfall or a collapsing shaft and they face dangerous underground rivals who are armed to the teeth.

Every day is a desperate dice with death.

As a journalist, I have taken many risks, but I have never known anything like the perilous life of a zama zama.

When I told the zama zamas I’ve been working with that I wanted to go underground, they advised against it.

A young man told me to go away and lose some weight as my body structure would not fit into the narrow and dark tunnels.

I insisted and they let me in at my own risk. 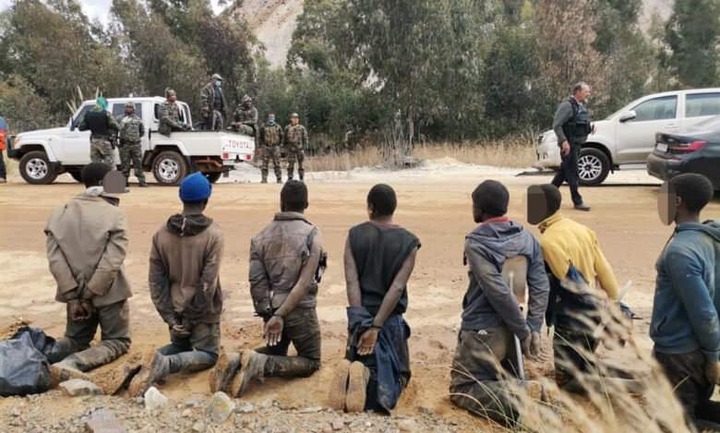 As I went down with a torch and a rope around my waist, I wondered if I had undertaken a suicide mission. I prayed I would live to get my experience down on paper.

With a group of four zama zamas, I descended into an abandoned mine shaft in Robertsville near Florida west of Johannesburg.

At about 25 metres I suddenly lost sight of the zama zamas. In the blackest of darkness, I felt terribly alone.

In my panic I had even forgotten the names of the zama zamas who had taken me into the shaft with them.

I shouted out loud, desperate to know that I was not alone, but all I heard was the echo of my own voice.

Then I heard laughter and heard them whispering to each other. It was their idea of a joke. I also laughed.

They told me we needed to go deeper. I crawled on my hands and knees but when I banged my head against a rock. I decided to slither on my stomach using my elbows to move forward.

All the while I was praying that I would not meet armed gang members or that a rockfall would close my escape route or even kill me.

Hours later, the zamas told me we were going to the surface.

The words were magic to my ears. The sight of a glimmer of light in the distance, indicating the end of the journey, was the light of hope.

All I wanted was to get out alive and not surface in a body bag with my corpse riddled with bullets.

The moment I got out I rejoiced at the smell of the fresh air racing into my dust-filled lungs. I appreciated the fresh air and sunlight as I had never done before.

While sitting quietly with my underground companions a group of men emerged from the same tunnell.

They were carrying the body of a young man. 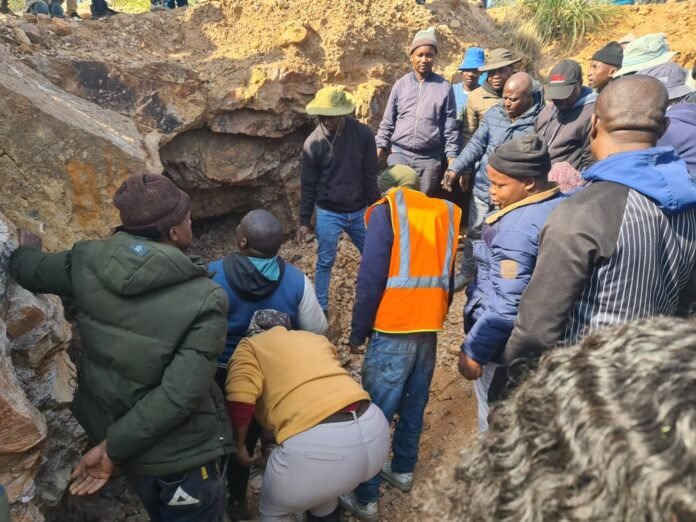 “That could have been me,” I thought.

I found myself crying for the dead man. He was too young to die and in such a manner – all in pursuit of the gold dust that represents a means of providing for their families.

I felt shattered. I had completed a lifetime ambition to experience the deadly underground world of the zama zama. It was an experience that I will be pleased to never try again. As for me, I will stick to my pen and paper.