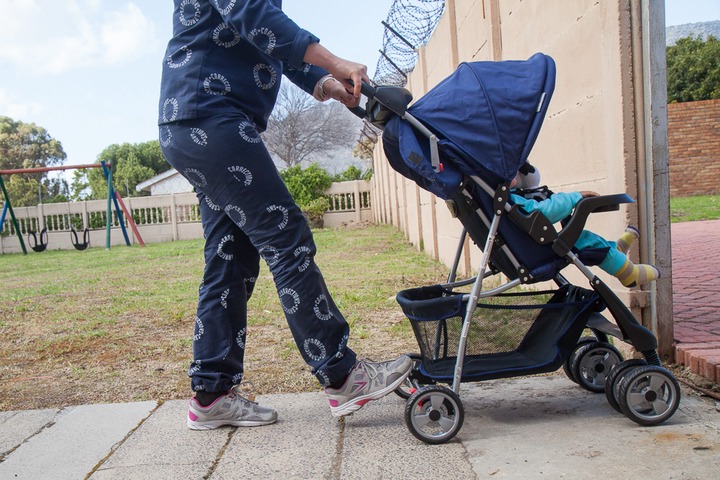 A nursing mother could not control herself, she cried a river, a lady who comes from the Eastern Cape who had relocated to Nanda eThekwini. This happened while she was explaining how she brought up her three children who are siblings which she gave birth at Westville in different years. 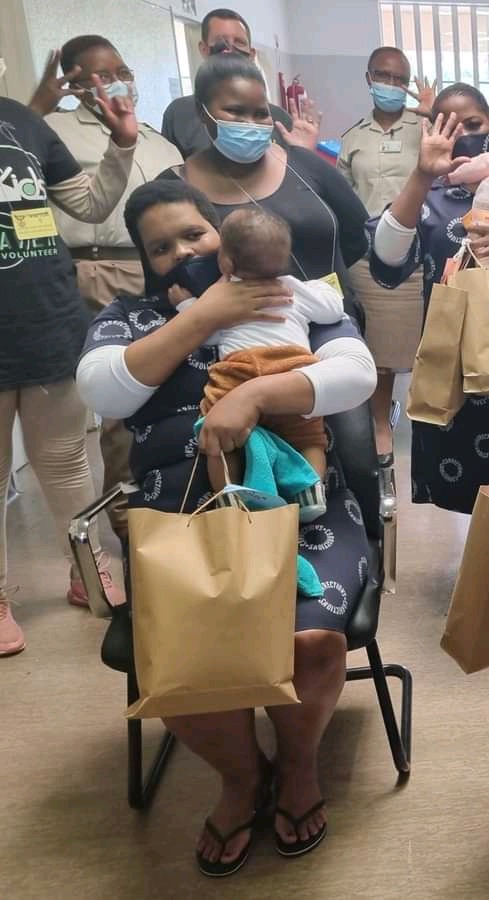 Nozukiso Bhengu (pictured above with her child) has four children of which three of them she gave birth to them while in prison. She is currently serving a three-year sentence for shoplifting after she was sentenced last year. Bhengu said that every time she falls pregnant and the pregnancy is just a few months old she gets arrested and gets charged and gives birth inside the prison. Bhengu said that if she goes for her rounds of shoplifting, she will be going to do that so she can put food on the table for her children, as she is not employed and also the Father of her children does not work.

The media had a special one-on-one talk with Bhengu, during a visit to the prison by the Christian Revival Church which has its bases at eThekwini and Ballito. The members of the church were at the prison to give Christmas clothes to all children That were born in the prison. Bhengu agreed that raising children in prison is something not so nice. On the other hand, she was helped because she was given milk and nappies things which she has no idea how much they cost. This was the case for all her three children. She gets all these necessities for free in the prison as she is still serving her sentence. 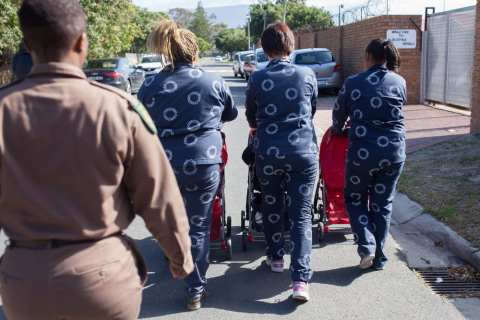 She further told the media that all the three children which she gave birth to in prison, she comes out with them when they have passed the difficult period of wearing nappies and drinking bottled milk. She feels fortunate as these items are very expensive for someone who is not working. She does shoplifting for the reason that she wants to bring food to the table. Though she is unfortunately that she gets busted while expecting usual when she is one or two months pregnant.

She said she would rather get arrested and serve a sentence of two to three years. The women officials in prison are now familiar with her that every time she comes to serve her prison she will be expecting. For her second child, she got napped while the pregnancy was one month old and she was sentenced to three years and she gave birth within her sentence period. She was released from prison and the child has two years full. All the baby's needs were given to her for free. When she was released she went back to the father of her children and she fell pregnant again with her third baby. 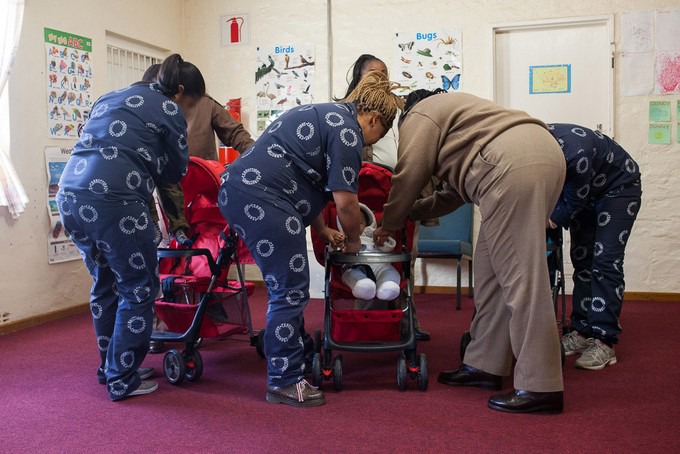 In the 1st trimester, she decided to go to steal, and unfortunately, she got caught and got sentenced. She gave birth and was released at a time when the child was no longer wearing nappies. Upon leaving the female orders warned her not to come back pregnant again. She was a laughing stock last year when she returned with another pregnancy to serve the same sentence.

Her third baby is seven months old and is growing very well. All her children born in prison are very clever and they belong to one father and the one who is at her home remained with her father. Bhengu believes that all that happened to her was God’s plan that she bore all her children in prison. Had she had delivered them outside she would not have managed to raise them looking at the life which she was living under.

When the child falls sick she does not stress as to where she will get money for the Doctor. As for the father, it was difficult with the first child but as for the two he accepted the fate, as he has no stress about food and nappies. Bhengu is waiting to be released in July next year. She is also happy because she now has an identity document and this will help her to go and register her children for a child grant. This will help her to abstain from shoplifting and bring up her children with the government grant.