By Chifhiwa (self media writer) | 1 year ago 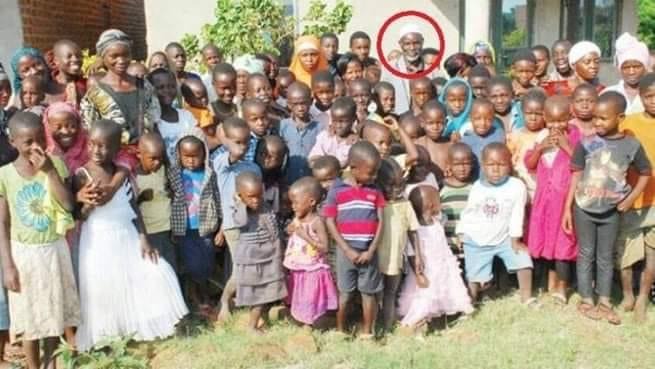 Mustafa Magambo Mutone, 69, is a well-known figure in Kagadi, West Uganda. He has 13 wives, 10 girlfriends, 176 children, and 90 grandchildren to be proud of. 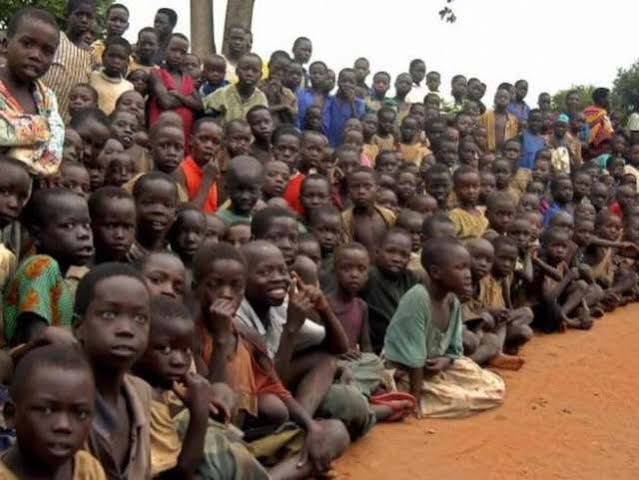 The man was born in Kiryabwenju, Muhorro, Kagadi district, on January 1, 1952. He currently works at a trade center, where he sells beans, corn, and coffee. He had his first wife when he was 16 years old. 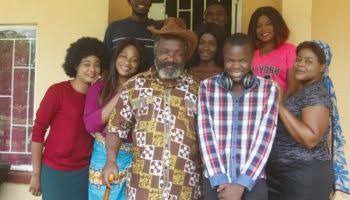 He married for the first time when he was 16 years old, in 1968. Following that, he continued to marry and even have affairs.

His children only kept multiplying as his wives and lovers continued to give birth. His 40 children, according to the 69-year-old man, are in primary school.  That is why he intended to build a primary and secondary school in Kyaterekera for his own family. 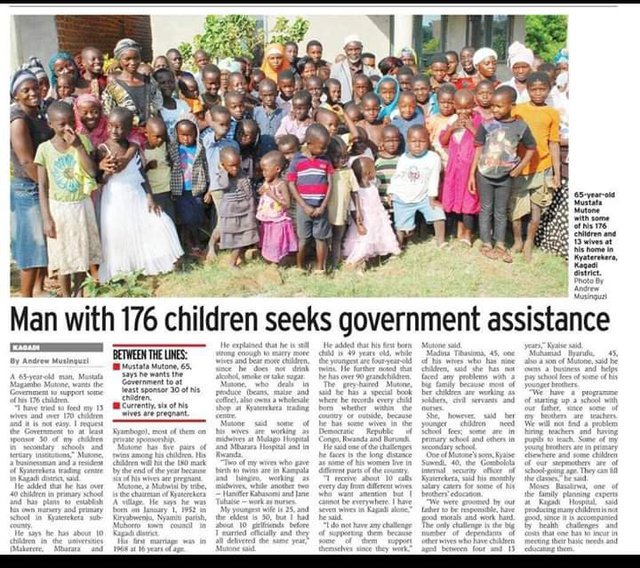 Mustafa Magambo Mutone's ten children are studying in Uganda at Makerere University, Mbarara University, and Kyamgobo University. There are five sets of twins among his children. 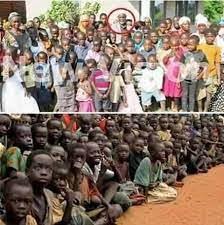 My youngest wife is 25 years old, and my oldest is 50 years old, but I had about ten girlfriends before I went official, and they all gave birth in the same year.”

Mutone's oldest child is now 51 years old, and the twins are six years old. Mustafa's army is expected to grow in the future, as several of his wives are expecting children. Since his children grew up and married, he now has 90 grandchildren.

Mustafa married women from all over the world, not just in Uganda. They are all African nations, from Congo to Burundi to Rwanda. As a result, his greatest obstacle when he has a large number of wives is that they all live in various parts of the country.

They're all in different countries, and not all of his wives live with him.

Content created and supplied by: Chifhiwa (via Opera News )