A Nigerian man went to meet a person who he thought was a client, only to found out it was a trap 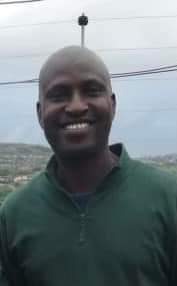 A Nigerian man by the name Jonathan Eloho Okinedo (pictured above) who had been missing since Saturday was found dead with a gunshot wound on his head.

According to the Flyingnewslive news report, on Saturday 4 December 2021 Jonathan Eloho Okinedo told his family that he is going to meet a client who wants to fit a DSTV decoder after the client called him at 06:45 the same morning, Okinedo went to meet with the client at Senzokwethu Secondary School in H Section Ntunzuma.

Later that day his family received a call from his cellphone number, he explained to them that he had been kidnapped and the kidnappers were demanding R2000 for his release, the kidnappers took the phone away from him and began to negotiate with his family, they agreed on a settlement of R500, after the family transferred the money via e-wallet to a given number they disconnected the phone and never released Okinedo.

The kidnappers called again the following morning with an unknown number demanding R5000 from the family, Okinedo's family explained to them that the amount was too high to be transferred via e-wallet, so they agreed on a settlement of R1500 after the money was sent, they switched off the phone again and Okinedo was not released.

Yesterday 7 December 2021 Jonathan Eloho Okinedo's deceased body was found near a bush in Newlands, KwaZulu-Natal, he had sustained a gunshot wound on his head.