A family war that occured is what made the son in law shoot and kill ten cows at his wife's home.

There's a huge war between family members after the groom decided to shoot ten cows at his inlaws house. Reports revealed that this man came at his wife's home and demanded his lobola cows back after he caught his wife cheating on him. The inlaws tried to calm him down and ask him to sit down and discuss the matter but then he pulled out a gun, went straight to the kraal, shot 10 cows and fled away from the scene. 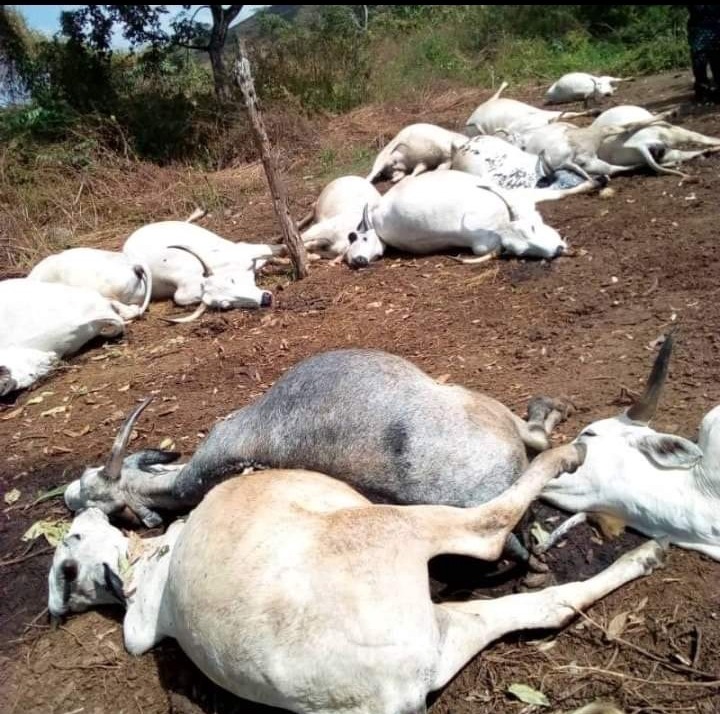 The family confirmed that they are aware of the matter as the son in law had reported his wife's bad behaviour before and they were expecting him to sit down and discuss the matter rather than doing what he has done. The family has threatened to open a case against the suspect.

Mother in law has threatened to send his boys to pay revenge to her groom.

For Men: Here are 5 Healthy Foods For Your Penis.

Is Having An Abortion The Same Thing As Committing Murder?? | Topic Causes Twitter Rage

Dad Are Second God, See What A Father Did To His Child In Order To Sleep

Ndebele Or Xhosa? Which Tribe Has the Most Beautiful Attire? See Photos.

Exposed:A Businessman has been caught beating and burning his girlfriend with iron. See here

Bontle's Killer Finally confessed, this will leave you in shock

RIP : Her body was found not far from her home. This devil is linked to little Bontle's death