According to reports released by authorities in the three countries on Tuesday, Tropical Storm Ana has killed 34 people in Madagascar and two in Mozambique and has left most of Malawi without power in recent days.

Flooding and landslides occurred in the capital city of Antananarivo as a result of the storm, which formed in the eastern part of Madagascar. 34 people have died and nearly 65,000 people have been displaced since the end of last week, according to a report from the disaster management agency on Tuesday. 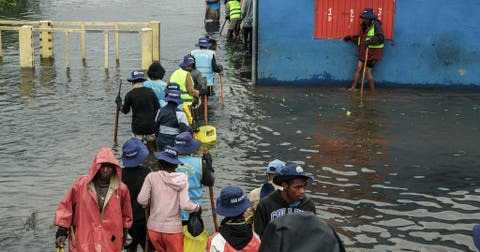 Ana's torrential downpours have now reached northern and central Mozambique after crossing the Indian Ocean. According to the Mozambican National Risk Management Institute, two people were killed and 49 were injured in Zambezia province.

"Highly vulnerable populations who have already recently suffered from natural disasters and conflicts in northern Mozambique" could be affected by the storm, according to the UN Office for the Coordination of Humanitarian Affairs (OCHA).

Ana is expected to have an impact on up to 500,000 people in the provinces of Nampula, Zambezia, and Sofala, according to the Mozambican government and UN agencies.

On Monday, a massive storm swept across neighboring Malawi, knocking out power to most of the country. Power companies were forced to shut down their generators because of flash floods.

Water levels are too high for the plant to continue operating; doing so would be too risky, said company spokesman Moses Gwaza.

Underwear Mistakes That Women Should Avoid

According to Barry, what is happening to Zahara should serve as a lesson to celebrities, read more