By JohnnyAde1 (self media writer) | 15 days ago 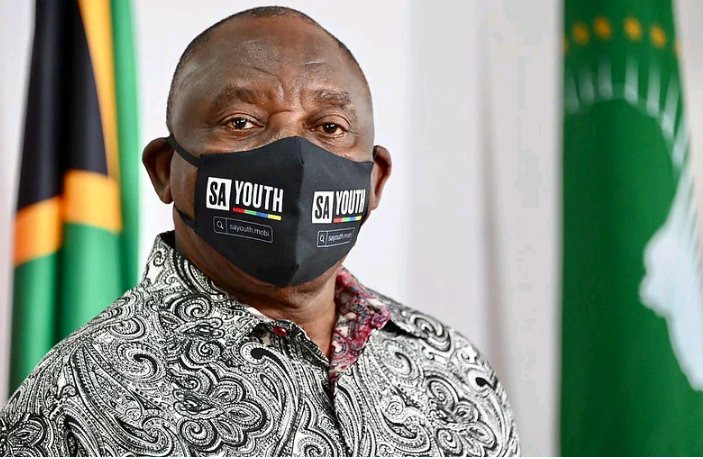 The infighting among ANC individuals is a long way from being finished. Today, a famous TV slot spread the word about it that various individuals have marked one more appeal to have President Cyril Ramaphosa trained. This is coming after another request was marked not many days prior. It was supposedly revealed that, "ANC individuals have marked an application to establish disciplinary procedures against President Cyril Ramaphosa. 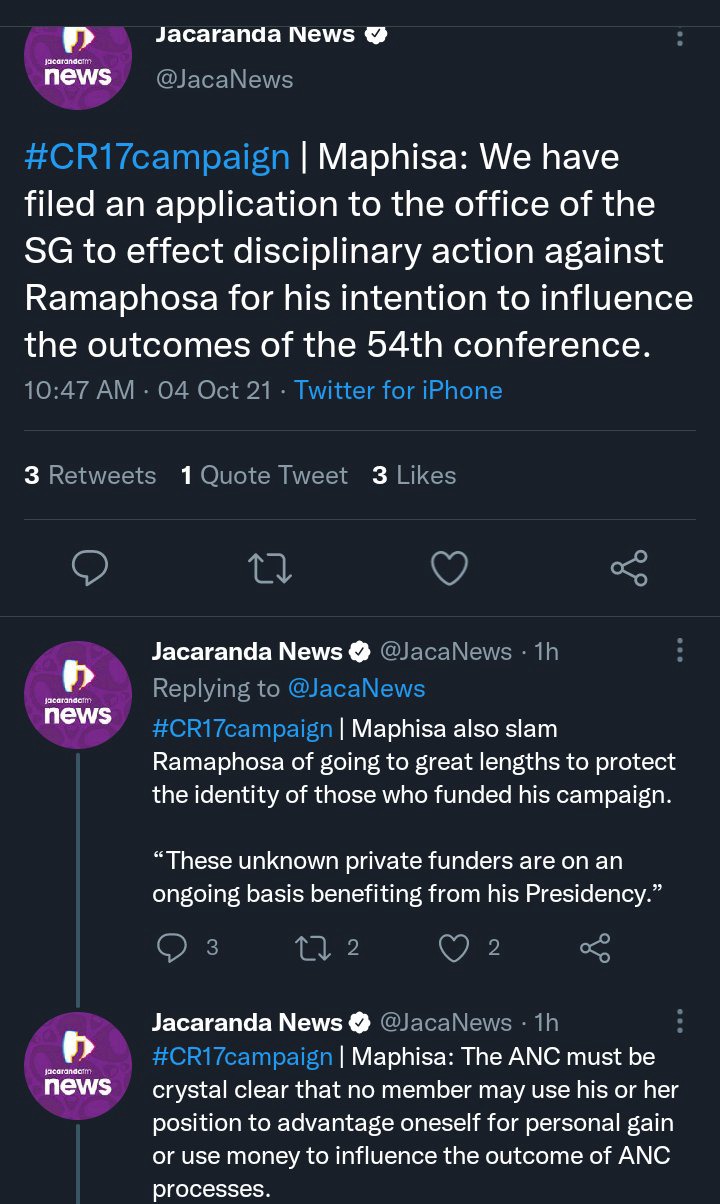 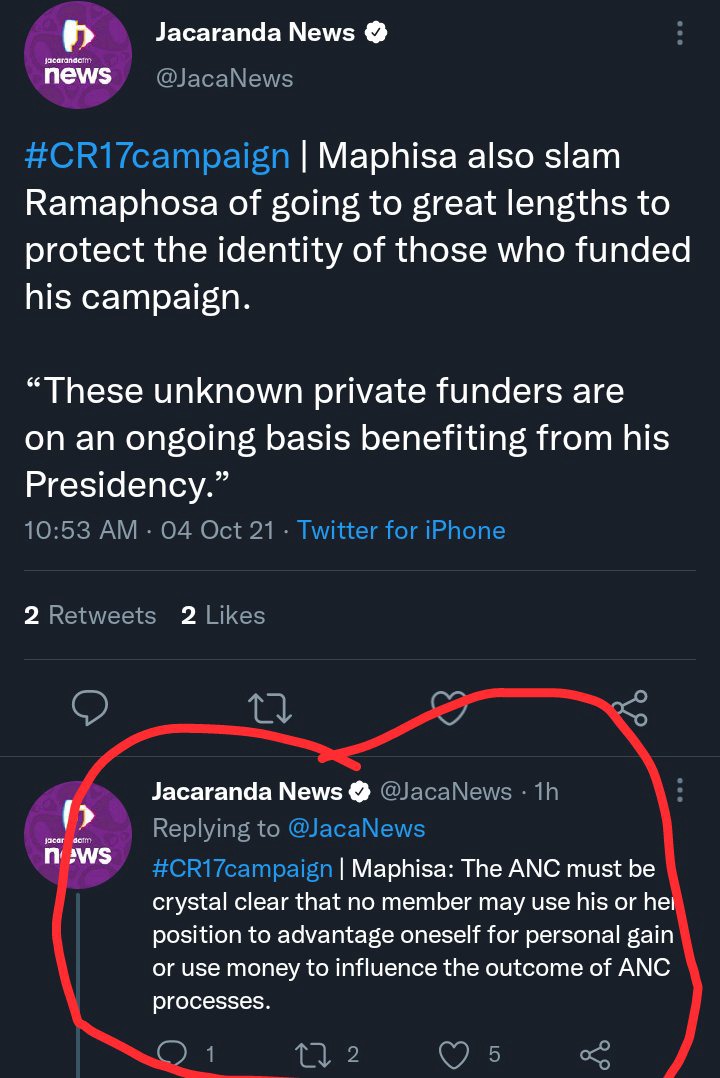 They say his situation of president was gotten through shrewd means. eNCA's @pule_jones has more subtleties". Certain individuals said that Ramaphosa should be focused on the grounds that he isn't more noteworthy than the entire ANC. Another news making round says that Maphisa said, "We have recorded an application to the workplace of the SG to impact disciplinary activity against Ramaphosa for his goal to impact the results of the 54th meeting".

As indicated by Maphisa, the complaints of some ANC individuals against President Cyril Ramaphosa are excessively various, and among them are his goal to shroud the character of his givers. For instance, "Maphisa additionally hammer Ramaphosa of putting it all on the line to ensure the character of the people who financed his mission. "These obscure private funders are on a continuous premise profiting from his Presidency."

Things are turning sour now in the ANC as they fight to reclaim the picture of the decision party. A few pundits say that they can't comprehend why others will be focused while president Cyril Ramaphosa isn't being focused or call to arrange. A further assertion from Maphisa is that, "The ANC should be perfectly clear that no part might utilize their situation to advantage oneself for individual addition or use cash to impact the result of ANC cycles", and this is the thing that they are blaming president Cyril Ramaphosa for doing. 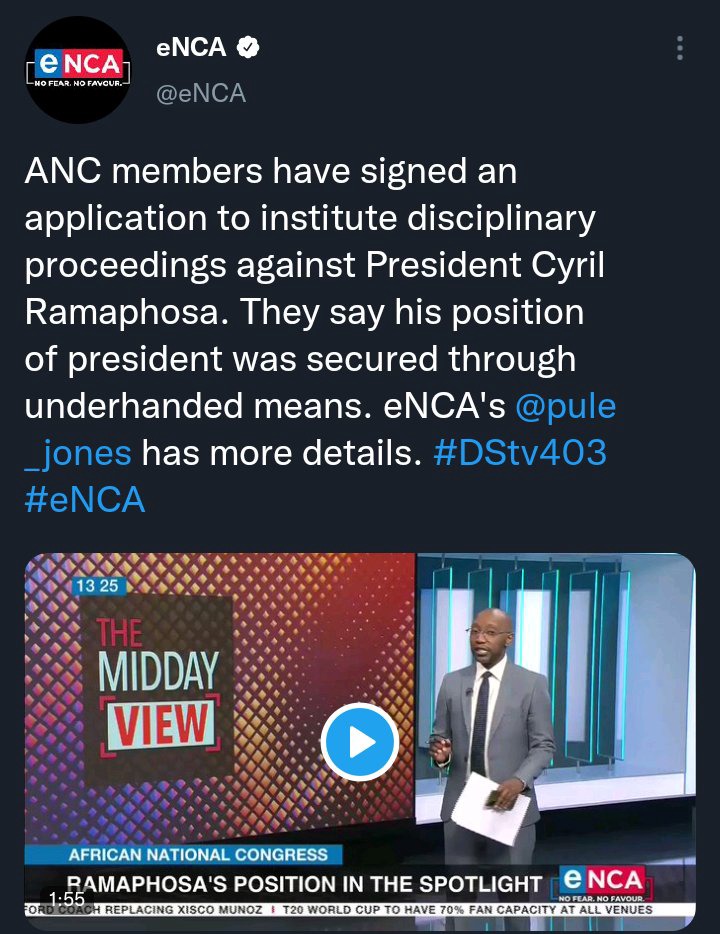 The discussion is getting really intriguing, serious and contesting as certain individuals as an "ANC part from Mpumalanaga Sizwe Nyambi says there is no dread of being scrutinized or sidelined in light of the calls for activity against Ramaphosa". Certain individuals accept that this appeal won't see the light of the day and will turn out to mean nothing, as other previous petitions against President Cyril Ramaphosa. Another top ANC part said that, "there's nothing untoward with regards to the circumstance of this call for disciplinary move to be made against Ramaphosa. We have been disregarded for a really long time."