Watch: Mob Robbing Pilots After They Crashed In Cape Town 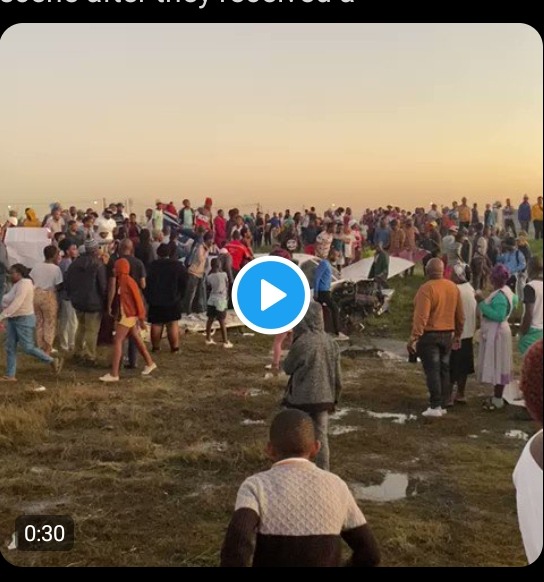 South Africans have completely thrown the spirit of Ubuntu out of the window, and no longer know what is right or wrong. This was evidenced by a mob which robbed pilots who had crashed in Cape Town.

The victims survived the crash, and were calling for help, when a mob approached the scene, unfortunately not to help, but to rob them.

The pilots were robbed of their items as they were waiting for help. This is really disturbing, as under normal circumstances, Ubuntu would have prevailed and nothing should have been stolen from the pilots.

A light aircraft, from a local flying school, suffered engine failure just before 6pm last night. While radioing for help, the pilot and his student, reported that eyewitnesses had begun looting the plane instead of being of assistance.

Two pilots are lucky to be alive after their plane that they were flying in crash-landed in Luzuko, in Lower Crossroads on Tuesday evening.

"Such an embarrassment really, what happened to ubuntu in our society?" Some appalled by this shameful behaviour inquired.

Social critics lament that South Africa has lost its soul. In the video many people could be seen standing on top of the plane, others inside taking out the items inside the plan.

Sexually Transmitted Diseases That Currently Have No Cure