It is unfair that Khayelitsha residents are also experiencing this

By Mahwira (self media writer) | 7 days ago 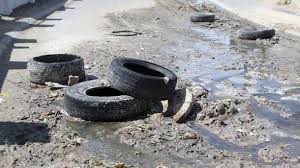 A few days back, it was reported that the Khayelitsha residents were living in fear for their lives after it emerged that the case of the three young women who were killed was yet to be solved.

As if it was not enough, the Khayelitsha residents are reported by the independent On-Line News as having other struggles to worry about, which are spilling sewages.

The residents are reported to be hoping that their issue will be resolved as Minister Senzo Mchunu reportedly went to Khayelitsha to witness for himself the problems being faced. Minister Mchunu, who is the Minister of Water and Sanitation is reported to have promised to address the problem. 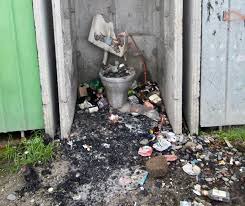 It is devastating to note that it had to take the demonstration of the residents for the Minister to visit the place and take note of the challenges being faced by the residents.

The good news is that the Minister made a call for the relevant stakeholders to step up and assist the members of the community with the sewage problems .Vandalism of the sewage systems is one of the issues that is reported to have been arisen.

In some instances, it is reported that there is theft of drain covers, as well as illegal dumping. These are some of the issues that need to be addressed in Khayelitsha.

There are many social problems that need to be addressed in Khayelitsha, but where should the solution start? Should it begin by changing the municipality ? Should it start by engaging the people ? What are your thoughts ?