WATCH: Half Dressed Woman Caught In Camera Kicked Out Of Shembe March After She Dances Like This

WATCH: Half dressed Woman Caught In Camera kicked Out Of Shembe March After She Dances Like This

President Cyril Ramaphosa is still left off gut with the number if people who came in numbers in white blanket as church members staged a peaceful March, bringing the city to a standstill. E have never seen any strike with so much support like this church members did on Tuesday. On Tuesday afternoon, over 6000 members of the Nazareth Baptist Church congregants have gathered at the Durban City Hall to declare their support for Mduduzi 'Unyazi Lwezilu' Shembe.The late Vela Shembe, Mdu's cousin, was declared by the Concourt as the rightful leader of the church. Many went in numbers the whole streets of Durban was fully packed waiting to hear what the Magistrates will unpacks. 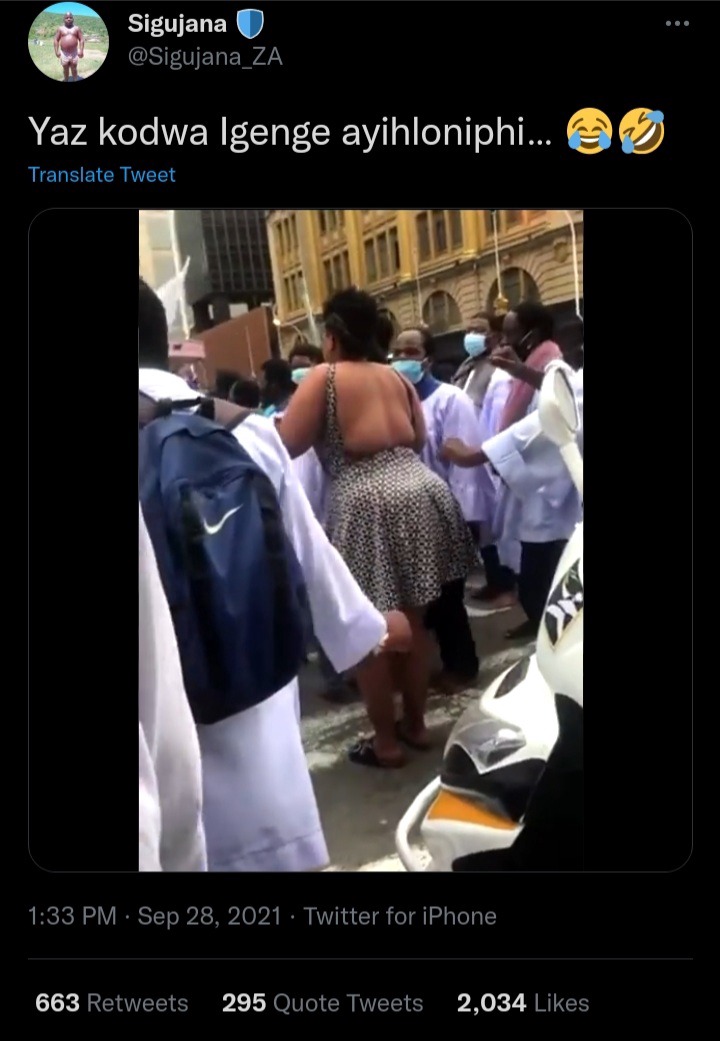 Te churches member were dressed in their church regalia while members were danci and singing as the match around the streets. Apparently woman dressed in a revealing garment were slotted joining the march and danced with the clergy and this was an offense. The womannwas dancing with confidence and seems very happy to be part of the march. The Nazareth church is known for respecting rules and they don't compromise. In the middle where the lwdy was dancing all member were wearing while you wouldn't see if its a man or woman ombecause they all out white clothes.

Because of the way the woman was dressed up, one of the church leaders had to remove the women out of the march. It could be possible that the woman got removed because she was not covered as expected and like other woman. The woman was removed by angry leader was disgusted by the woman's dress and the way she was doing.

Many tweeps took it to tweeps to complain and raise serious allegations about the behavior of the church leader who was caught in camera removing the poor woman. It was sad and disappointed to see the way she was removed. She left mzansi with lots of unanswered questions unanswered. 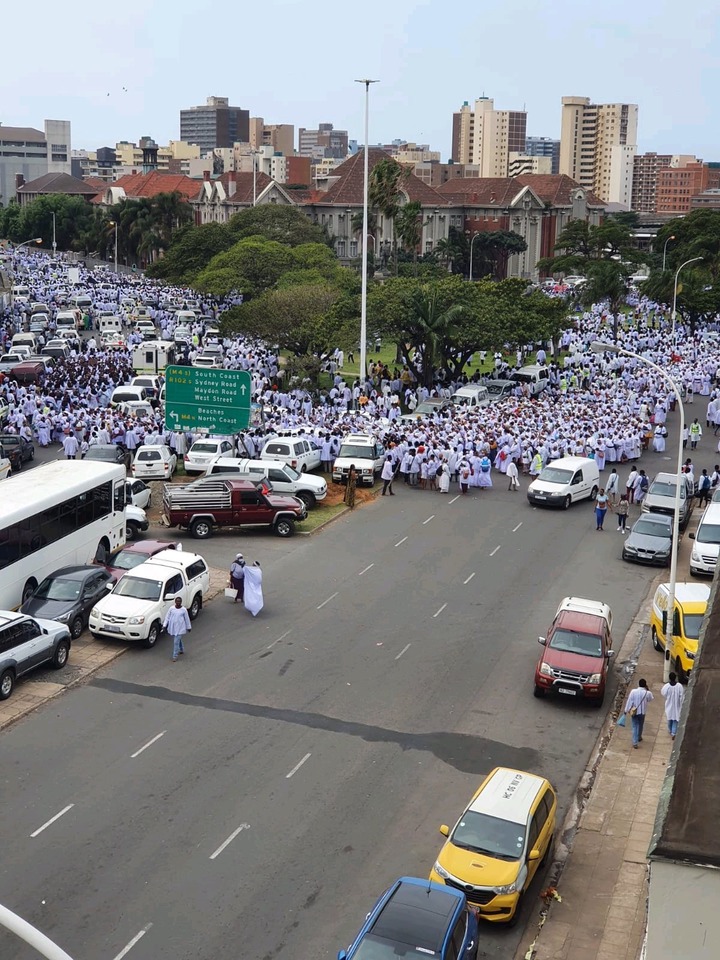 As you know that some churches have their own rules. The lady had violated some of the following church rules: Women are not allowed to mix with men or dance with them. She was showing her body, She is not a v*rgin but she is walking around without a doek.

Do you think it was wrong for the church leader to chase the woman?

Lucky star Pilchard is for food not footwear, Bathu fans refuse to wear this new style.

Would you do this for 1 million?see pictures of a lady that left people speechless