The pictures of a South African youth was recently captured injecting himself with a local drug called Nyaope. Many people are already addicted to this hard drug and when they crave for it, they can do anything to get money to buy this Nyaope which is a street drug. The syringe the guy was using looks very rough dirty and unkempt as well as unhygienic. This picture has been shared thousands of times on social media, causing many South Africans to Weep for these youths that are wasting their lives away doing hard drugs. 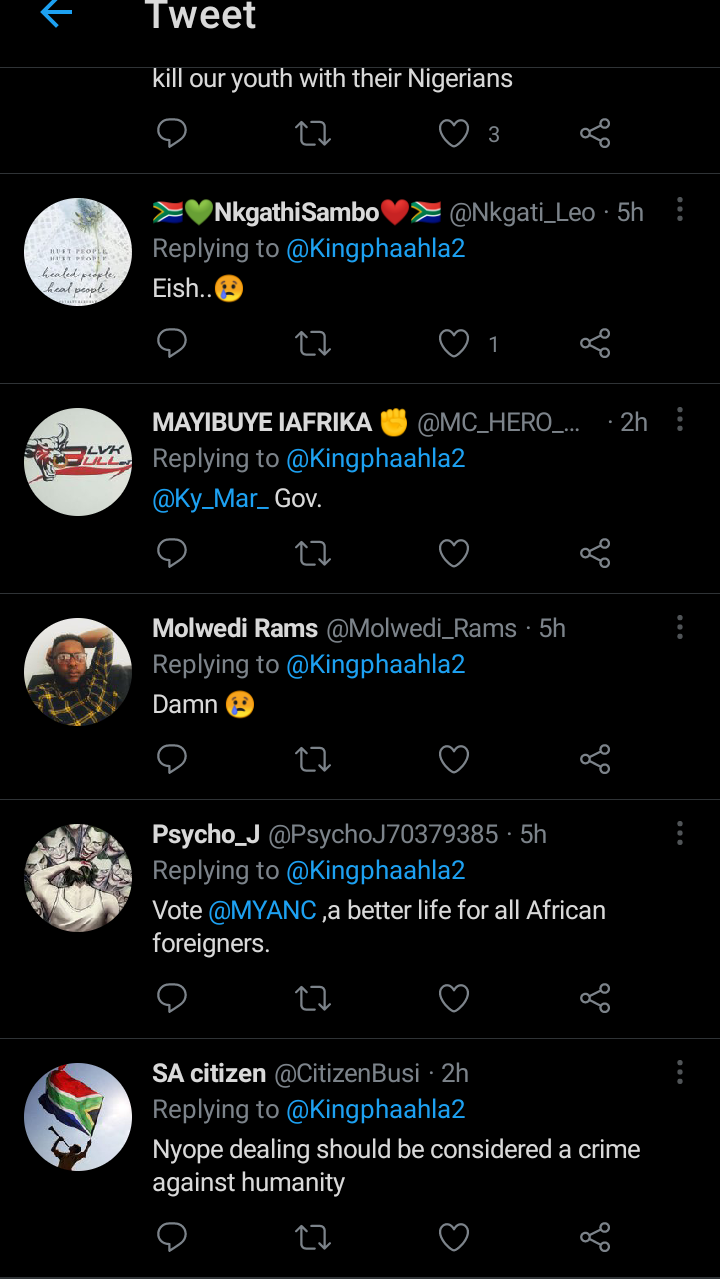 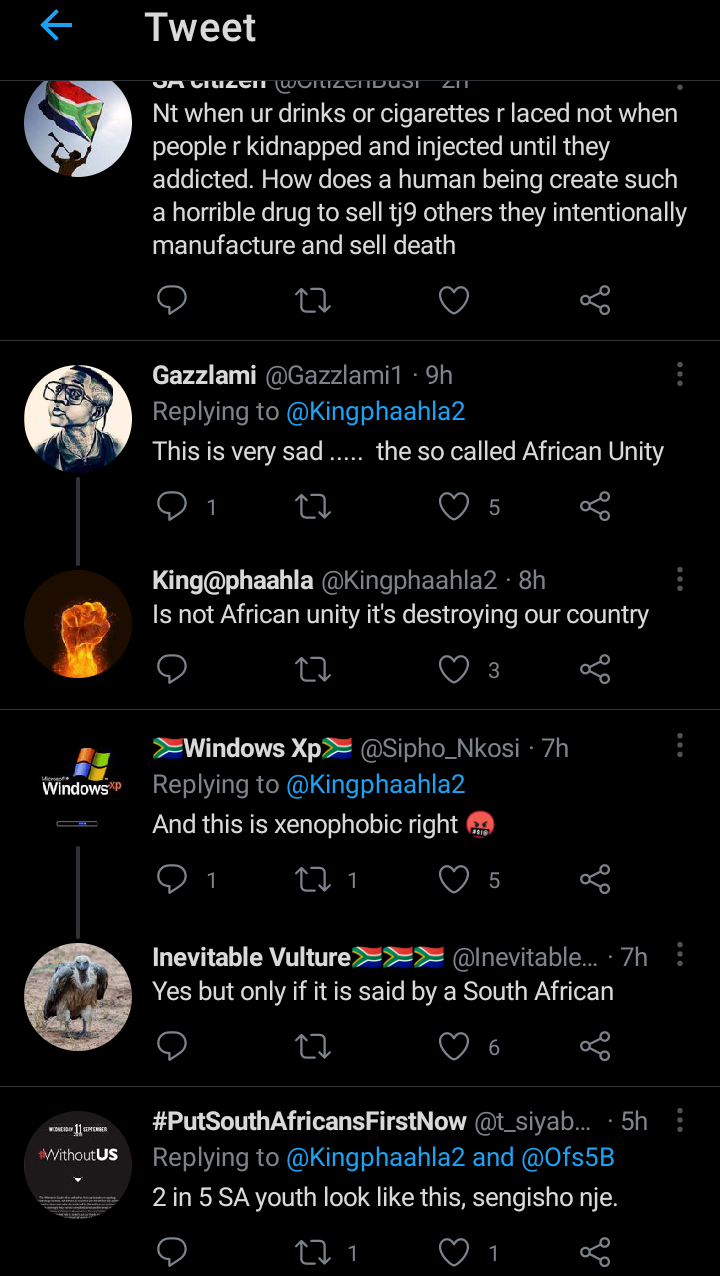 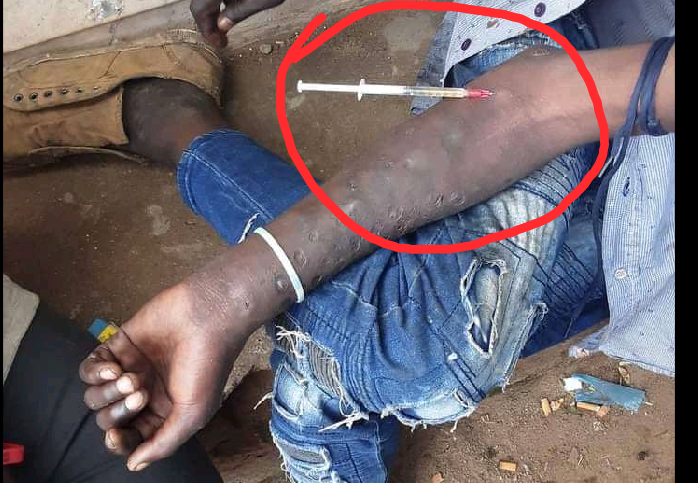 Some people have been pleading with the government to outlaw and take drastic actions against such drugs that have allegedly damaged the futures of many promising youths. Some of them have been rendered useless, and they are totally dependent on this drug. They cannot do anything positive with their lives anymore, and the worst of it is that many of them have no jobs. These illegal drugs always push them into crimes. One young lady lamented after seeing the pictures, “Nyope dealing should be considered a crime against humanity”. Many people are crying for the future of Mzansi youths. 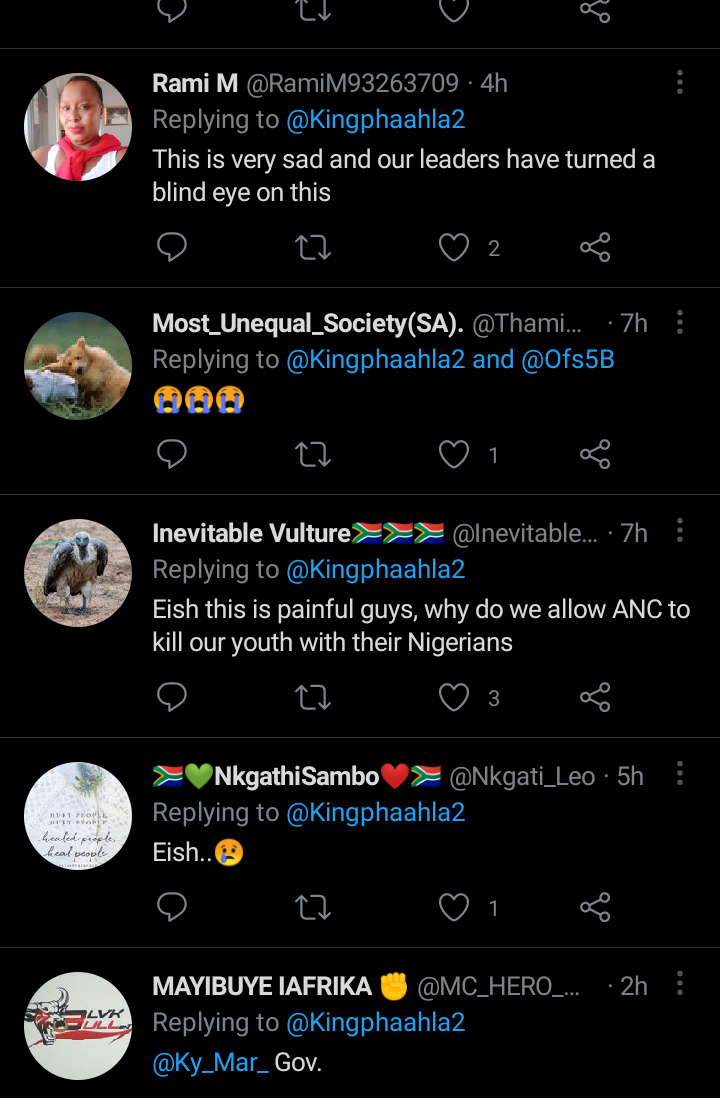 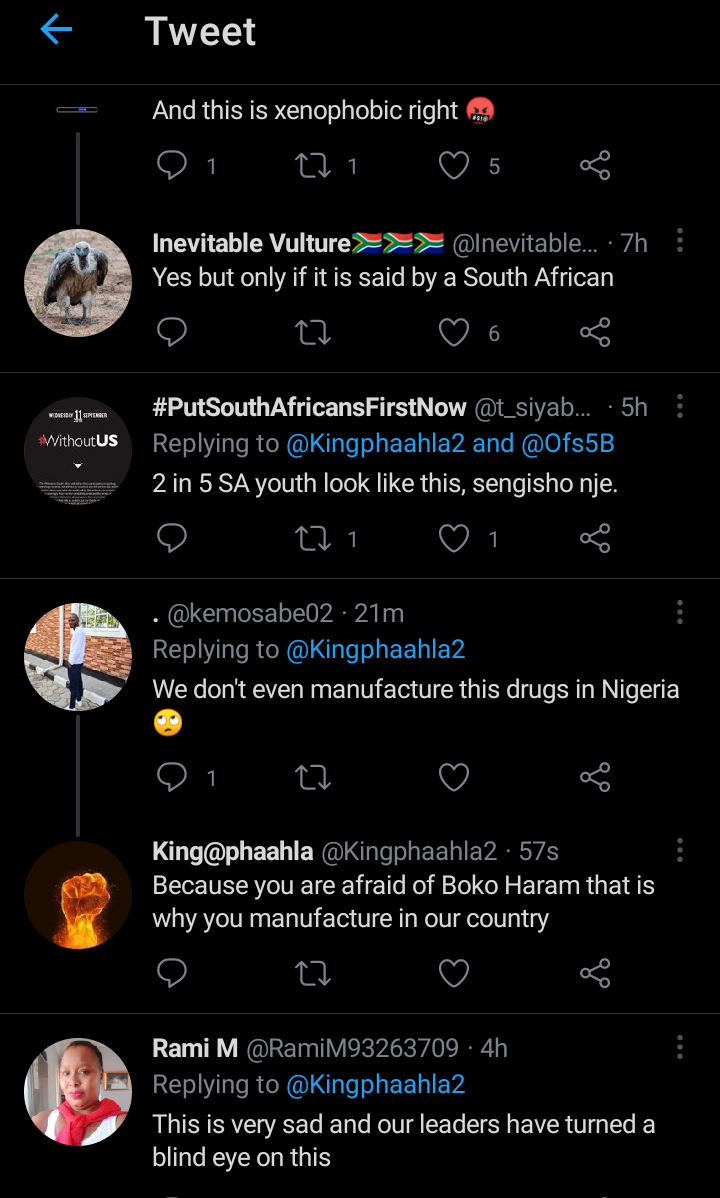 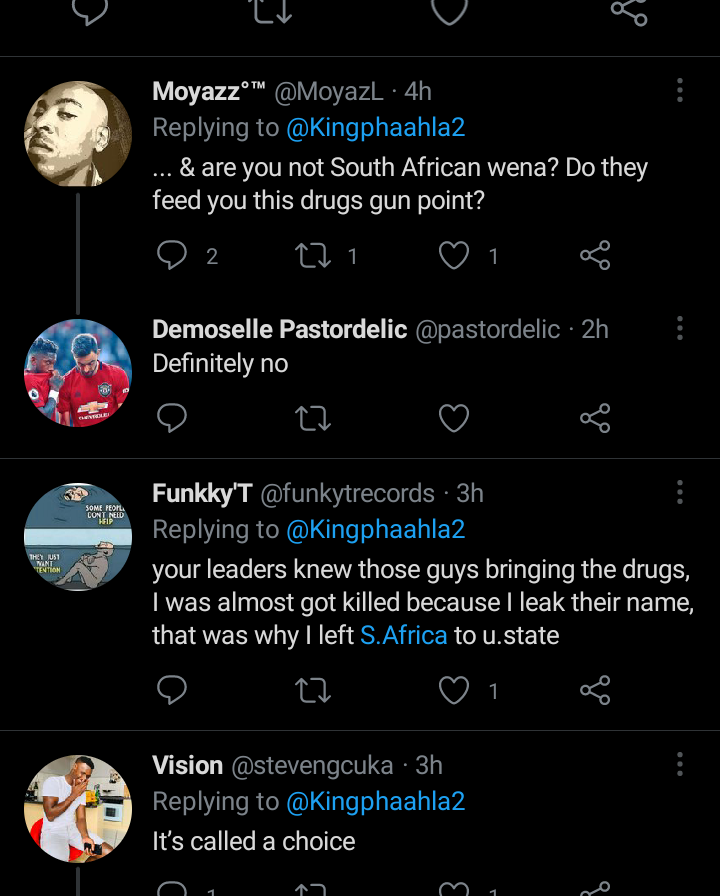 As blames are being apportioned to different people including the government and the sellers of these hard drugs, one young man wrote that, “It’s called a choice”, and another person noted that, “Not when your drinks or cigarettes are laced not when people r kidnapped and injected until they addicted. How does a human being create such a horrible drug to sell to others they intentionally manufacture and sell death”. One said he was almost killed for exposing some sellers, “your leaders knew those guys bringing the drugs,

I was almost got killed because I leak their name,

that was why I left to the United States”. Someone even went as far as heaping all the blames on the government, “Eish this is painful guys, why do we allow ANC to kill our youth with their Nigerians, This is very sad and our leaders have turned a blind eye on this”.

The importance of bathing with herbs when gifted.

(Opinion) Schools must be closed before winter

Mzansi finally got what they wanted. Indeed it was a huge announcement announced in a funny way

What's happening in Limpopo, why are the children so violent?

Can You Marry A Bearded Lady Like This For 10 Million ZAR? (See Photos)

Catch fun this week with these 28 funny jokes and memes