In Johannesburg CBD (Gauteng Province), foreign nationals are preventing Customs authorities and the JMPD from completing their Clean Up Campaign. There appears to be a fight on the horizon on De Villers Street between a group of foreign individuals from a number of different countries.

South Africans are to fault for not doing anything. We'll do what's right for our country no matter what. My South African brother thinks he's awake. With the help of illegal immigrants, they believe we can create one Africa where everyone has a good job and is well-off. Being realistic is important. For the good of the country, immigration laws are put in place. Exactly, we are to responsible for not taking a stand. In addition, we're the ones to vote for @MYANC. In addition, the situation is worse by the week. In kak, no one notices that we exist. As a matter of fact, when the South Africans protest, they are eager to employ tear gas.

We're a banana republic before we know it, since @SERI Rights SA will soon be fronting for them. It wasn't a surprise to many of us. They have the numbers, and they know that gaslighting works, so they are more determined than ever to fight. Meanwhile, an NGO is in court right now filing an urgent application for some sort of relief. It is possible for these people to fight for land rights in South Africa through an NGO called @SERI Rights SA, founded by @HelenSuzmanFdn, despite the fact that they have failed to unite as a group within their own country. Unless Customs and the JMPD can win this battle, we're out of here as a nation.

Foreign interference in the performance of official duties. 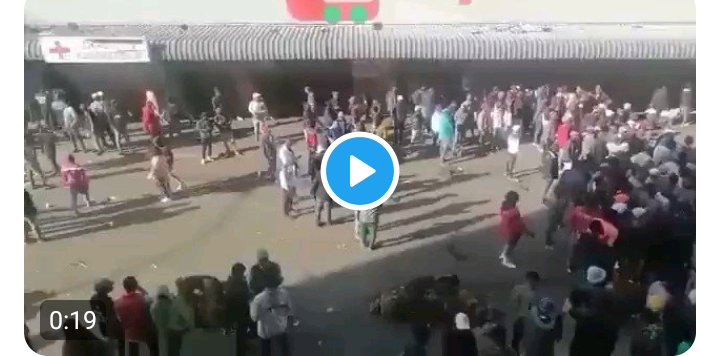 To add insult to injury, customs and JMPD officials have been requesting bribes from the same foreigners for years, and now they want to arrest them. I find customs ridiculous. Their failure to control products entering and exiting our country is exactly what they are doing. This time, though, the visitors are not from ZIM but rather from Asia and the West. They appear to have no idea who the true criminals are. In an ancient JMPD and SAPS history record. This standoff was not part of their operational strategy.

Since their overtime does not cover any additional hours, they'll check their watches before returning to work. When there is no vote, we will remove ANC. For as long as there are still grannies voting in 2024. In the event that they refuse to comply, we will call on their countries to intercede. Although this should not be restricted to simply African-Americans, Sand ton, Bedfordview, and any other relevant locations should be treated with the same seriousness and vigor. I can guarantee you that the ANC will be ousted from power within a short period of time. This is not a prediction, but rather a reality of history. The way they've been welcomed has rendered the country unruly, especially now. Those who rise to the occasion aren't those who are politically connected. It's going to be the same old, same old.