Jub-Jub in trouble SA angered as lady exposes Uyajola for fake cheating act, "I Was Paid to pretend

Some were paid to give false testimonies about the miracle money that has landed in their bags. A lot of different kind of things have happened, but then it shows that pastors are not the only ones that are doing this kind of trick.

This lady is giving her testimony about the encounter she had with a Jub Jub, that she was paid to stage the act for last Sunday scene. She even went to a point where she said, those condoms that were in that guy's room, she is the one that has put them in there.

When her family saw her on TV, they called her to order saying, how much were you given? It looks like she was paid R1000. Her family began to slam her saying, "how would you sell your soul for such little amount of money. "You are went on TV to act such a big lie, for such little amount of money! "Can you really appear on national TV and deceive South Africans just for R1000?

This made her to be ashamed, she came on social media to expose Jub Jub for what he has done. So Jub Jub want to be a hero of relationships, want to be said that he's saving marriages, when he knows that, some of the things that we are seeing on tv or Uyajola 9/9 they are not true. The people are getting paid for them to be able to act out some scenes, that is not right.

I know they are a lot of desperate people out there. They can do anything for money, but looking at the status and the standard of the person Jub Jub is, he would have not done this. This will make people to lose interest over the show that was becoming famous on TV. 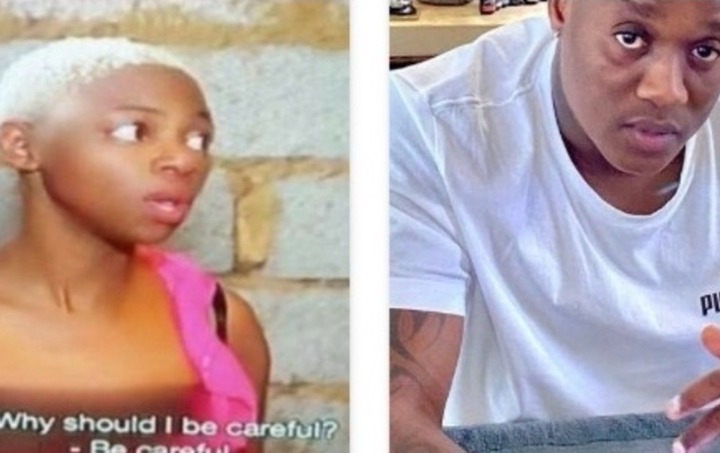 A woman who appeared on Uyajola 9/9, has accused the show of filming her under false circumstances.

Nothando Gumede, better known as Blondie by Uyajola fans, said she is now in trouble with her family for appearing on TV whilst fighting over a man.

Blondie said she thought she was just acting when she appeared on the show and they even gave her a script on what to say in front of the camera.

She claims she was paid  R1000 as hush money, not to disclose to people what was really happening on the reality show.

Her episode was shot in Ntinyane at Mbumbulu and Blondie said she knows the couple she confronted and they don’t have any problems in their relationship.

Blondie said she is not happy with the R1000 she was given as hush money, because she expected more.

Now she says she is fighting with her family for humiliating herself on TV over so little money. 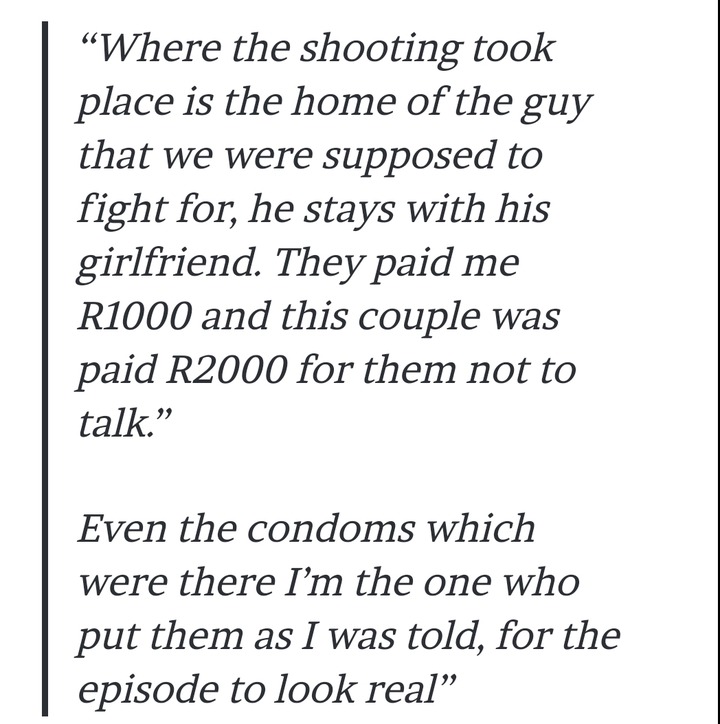 Blondie said she was cheated out of her hard earned money and claims that the Uyajola producers even made her delete her Facebook account, so that people wouldn’t search for her and try to contact her on social media.

She says she sent 2 emails and an SMS to Moja Love spokesperson, Lindiwe Mbonambi who is yet to respond to her