Police Brutality|| Look at what these 2 black officers did to this white man daylight? Video 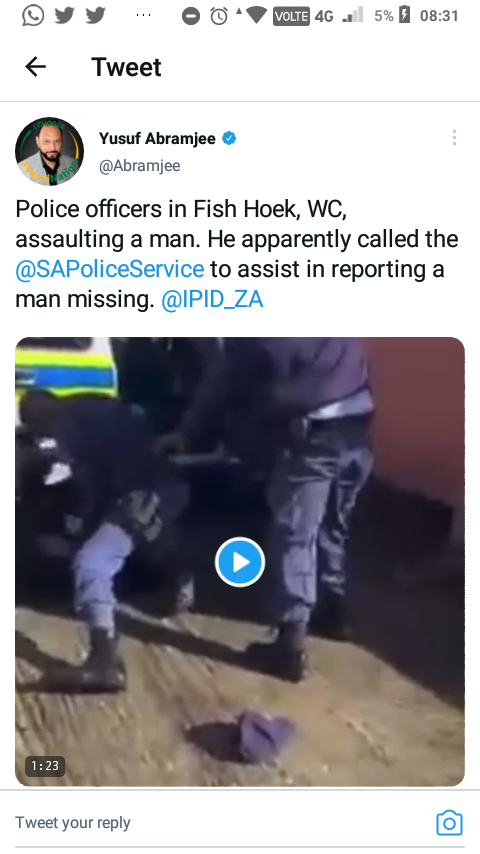 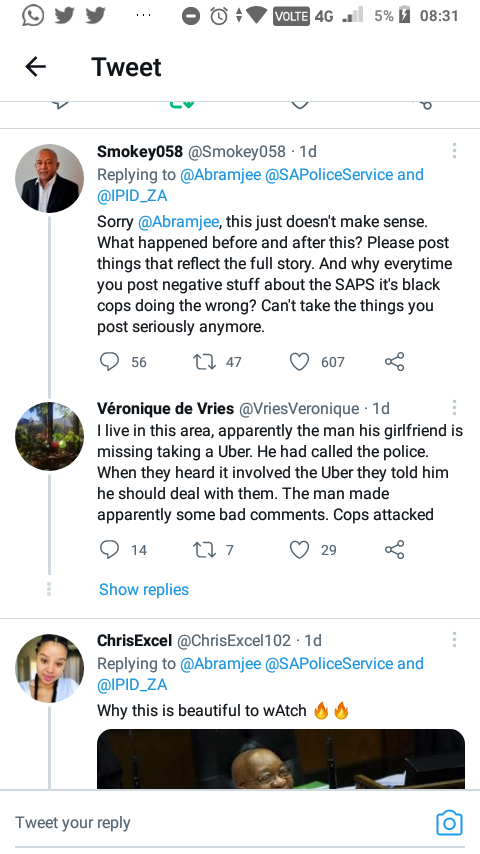 Two police officers and a guy got into a confrontation in Fish Hoek, Western Cape, although the trigger for the incident was not caught on camera.

This weekend, a video showing two police officers abusing an unidentified man made its way online. 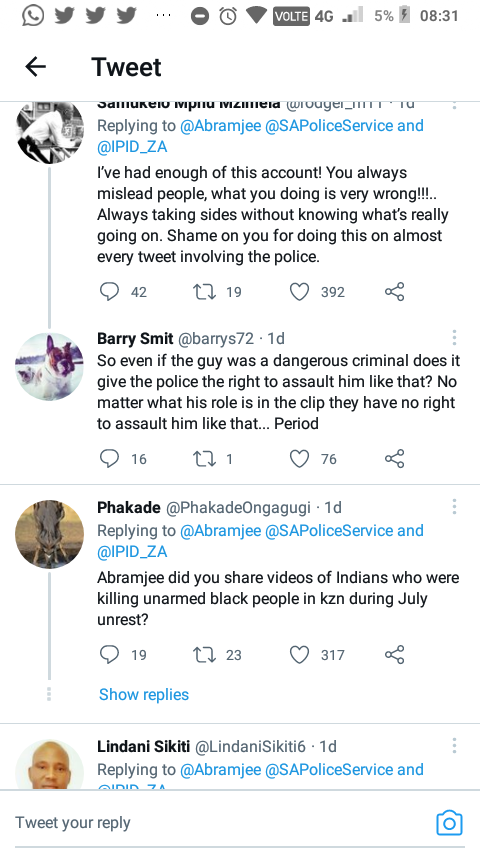 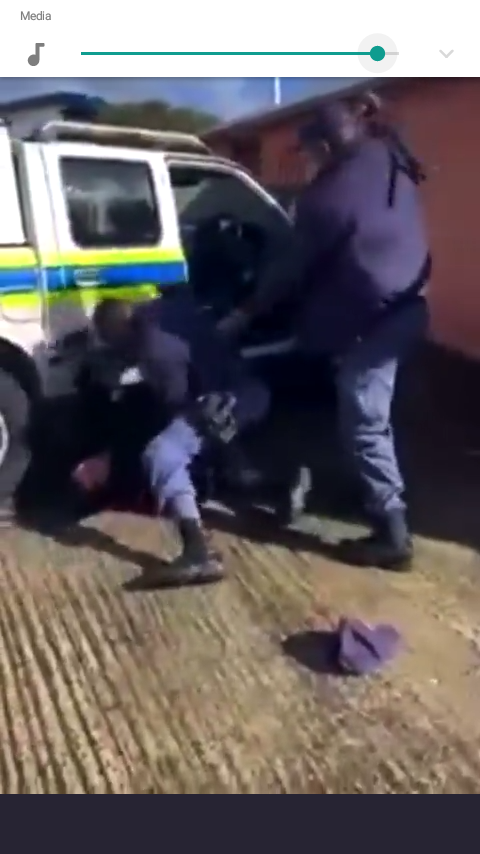 The man apparently reported his girlfriend missing to the authorities by calling them.

In the video, officers can be seen kicking and striking the man as he falls to the ground.

Novela Potelwa, a spokeswoman for the police department, claims that a precipitating incident occurred before the fight broke out. 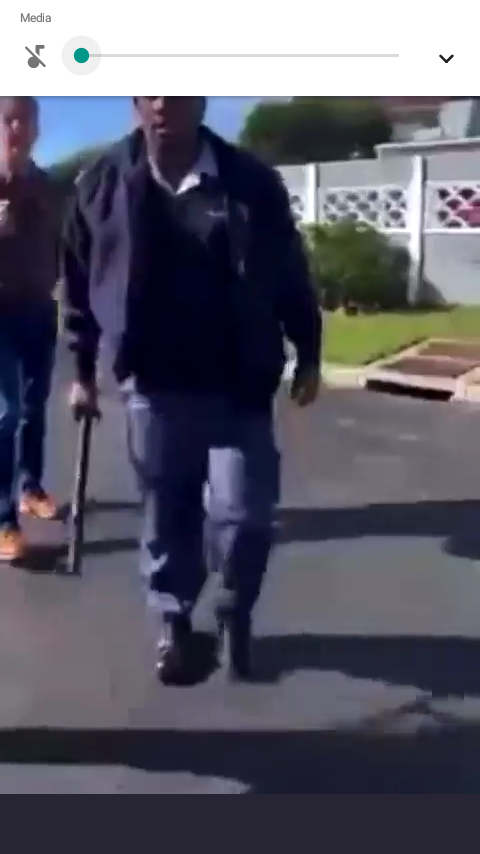 Both the police and the man filed formal criminal complaints against one another.

"Since we weren't there when they arrived, what we saw on camera may not be the complete incident that happened there," Potelwa explains.

"We don't know, and neither do the police, but it's worth mentioning that the case against a member who appears in the video was opened by another police official." It was the missing person's complaint that brought the two police officers to the area.

We don't know what led to the argument and the fight; that's something the police need to look into. We can't tell when the car pulls up to the house or when the people inside get out. Because you can't have a scenario where a situation like that merely begins with an altercation, something must have happened that we don't know about; maybe the inquiry will shed light on this, "Potelwa said. 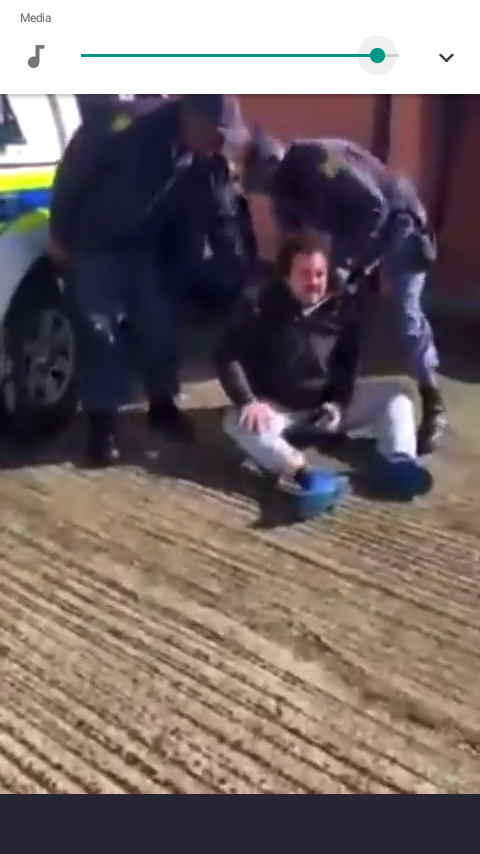 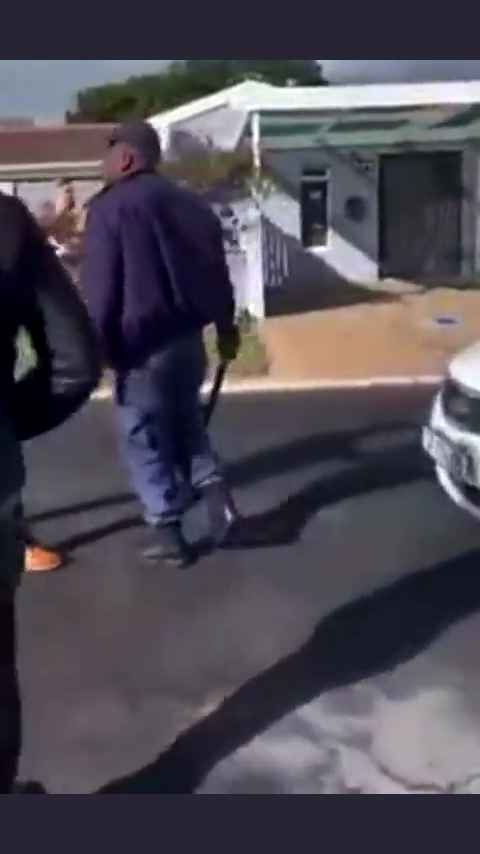 Ipid, an independent police watchdog, has opened a probe.

Potelwa has stated that disciplinary action will be taken against the two cops.

"The IPID is responsible for conducting criminal investigations into SAPS members' actions, while the SAPS internal investigation will look at whether or not the officer in question violated any disciplinary guidelines regarding their behavior on the job."

The man in the video has also filed an assault GBH complaint against the police officer who arrested him and took him to the hospital. The case file will be sent to IPID, "remarks Potelwa. 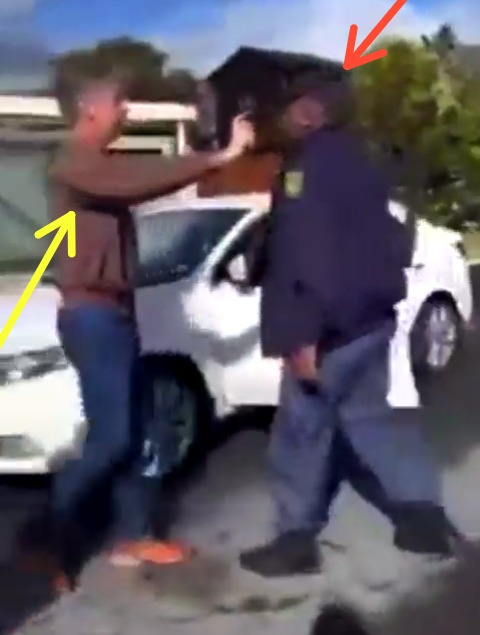