Revealed: Three of the world’s six ‘most dangerous cities’ are in South Africa. Check it Out 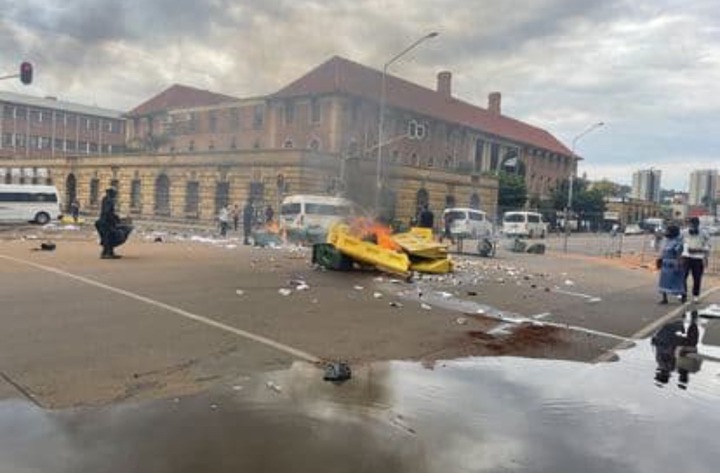 Indeed, hopefully the Tourism Department doesn't put this on a board at any point in the near future. The most recent figures from Numbeo uncover that South Africa actually has some intense issues in a few of its significant metros, and out of the main six 'most risky urban communities on Earth', a big part of the sections are based inside our lines.

WHERE ARE THE MOST DANGEROUS CITIES? Here, APPARENTLY…

Numbeo is driven by client produced information. In this 'Wrongdoing Index', occupants from more than 450 urban communities overall were approached to rank the volume of wrongdoing in their urban communities, and rate exactly how safe they feel living there.

Obviously, the dissimilarity between crime and wellbeing in South Africa is felt definitely in a significant number of our greatest metropolitan settlements. Pretoria is considered as Mzansi's most hazardous city – and comes next on the worldwide rundown, beaten exclusively by the wilderness announced in the Venezuelan capital of Caracas.

Johannesburg comes in at #4, with Durban finishing the main six. If we branch out somewhat further, Cape Town positions in eighteenth put on the overall table, implying that SA is home four of the best 20 most risky urban communities on earth.

The way that inhabitants in Kabul say they feel more secure than occupants in one or the other Pretoria, Johannesburg, or Durban says everything. Just Brazil has more individual sections into the best 20, though the criminal shelters of Port Moresby (Papua New Guinea) and San Pedro Sula (Honduras) complete the main five. 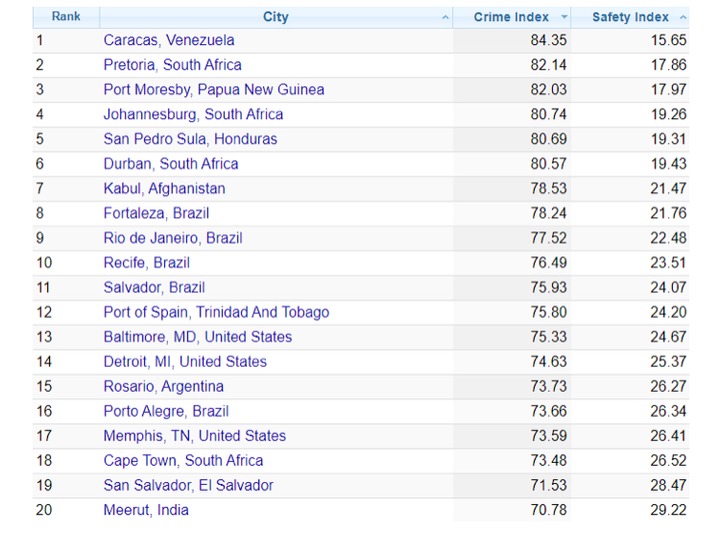 Be that as it may, stand by, there's something else. Similar measurements have been applied to 133 different countries, and South Africa comes out as the third-most perilous nation included in the study. Venezuela and Papua New Guinea make up the main two, with Afghanistan and Honduras positioned fourth and fifth separately.

Angola is the second-most noteworthy positioning African nation, coming in at thirteenth on the rundown…