Police officials in Mombasa are currently on the lookout for a group of men and women who are currently engaged in the act of recording themselves sleeping with young children, after which they upload and sell the recordings on the internet.

A trustworthy source of information has stated that one of the suspects, who is believed to have been Busted Sleeping with a 3-year-old child, has been arrested and taken to the police station for further investigation and questioning in connection with the event.

The victim's mother has detailed what happened, stating that the suspect who is presently being questioned did it while she was not present. She stated that she obtained the video from one of her friends, after which she reported the suspect to the police station for further investigation and questioning regarding the incident, according to the statements she made.

In response to this incident, Kenyans took to their social media accounts to express their opinions and suggestions on the matter, calling on the Inspector General of Police, Hillary Mutyambai, to launch an investigation to determine what happened, or rather, who the suspects are behind this incident.

According to the reports provided by the majority of Kenyans, it is extremely unfortunate that the government has failed to take action to address the rising rate of crime related to defilement in the country, despite the fact that a large number of children are being recruited into this activity. 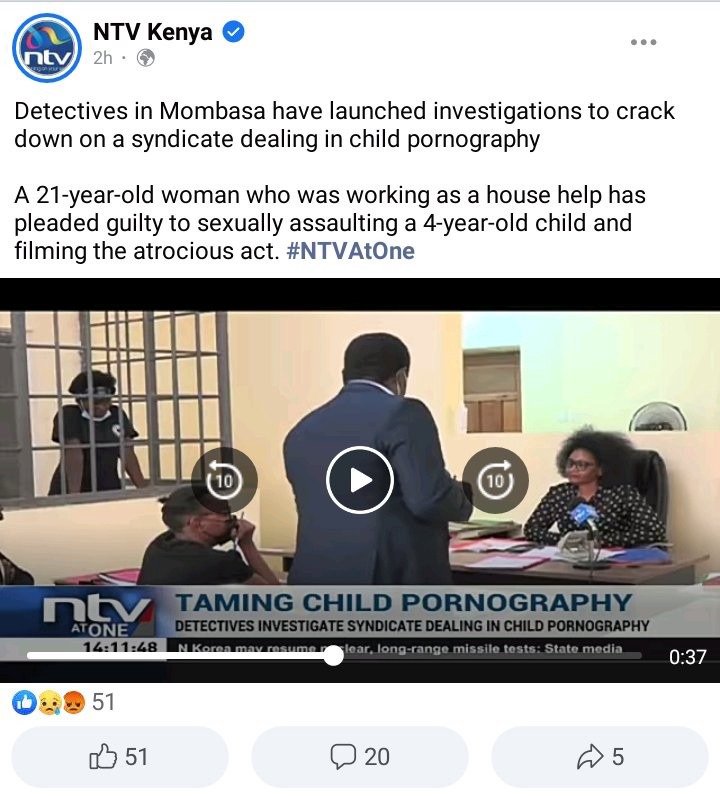 In contrast, a minority of Kenyans have stated that they want their employers to ensure that their housekeepers have time to relax and enjoy themselves in order to limit the increasing number of suspects who are taking advantage of their bosses' children because they do not have conjugal rights.