RIP: Residents Reveal Why They Couldn't Go Out to Help Woman Who Burnt To Death With Her Kids 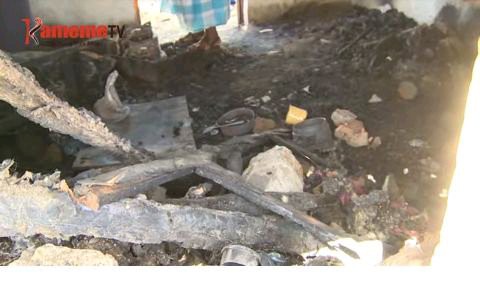 According to a report by Kameme TV, residents in the neighborhood believe the fire was started by a candle, which they believe was lighted as a result of a power outage that has been in effect in the area for several weeks.

Several residents were unable to leave their homes for fear of being attacked by hyenas, which had been roaming the neighborhood when they heard the woman begging for help and had decided to attack them.

The few people who had the courage to lend a hand were unable to extinguish the blaze in time because they were reliant on borehole water, which was difficult to access due to power shortages, which made it impossible to do so.

When the guy of the house sought to save the three people from engulfing flames, he sustained serious injuries as a result of his efforts. He is currently under the care of the Kiambu County Referral Hospital.