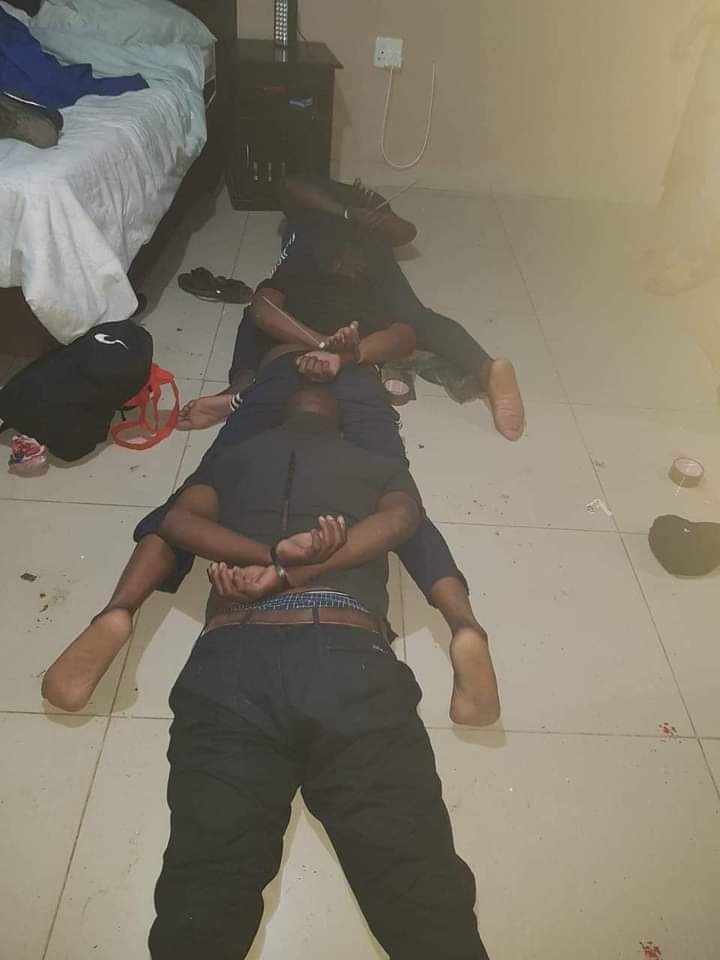 Police arrested three men who have been in a reign of terror throughout Limpopo Province, they have been involved in ATM bombings, safe drop bombings, and for robbing Malamulele Police Station.

According to the Flyingnewslive news report, yesterday 19 January 2022 at night, police recieved intelligence information about three suspects who were traveling from Limpopo to Mpumalanga to commit atm bombing in Bushbuckridge area, police responded to the information and intercepted the suspects.

Police arrested the suspects after finding 3 Pistols, 4 R5 Rifles and 5 shotguns in their possession, the recovered firearms will be sent for ballistic testing, the suspects are alleged to have been involved in many ATM bombings and safe drop bombings throughout the Limpopo Province.

It's also alleged that they attacked Malamulele police station and stole a lot of firearms, they also robbed a police officer in Botlokwa this made them the biggest enemy of police.

The three suspects will soon make an appearance in court to face charges of robbery and being in possession of unlicensed firearms, more charges may be added as soon as investigation gets concluded.

Opinion - Africa has long been xenophobic especially after the fall of colonization.