By Trending_News (self media writer) | 2 months ago 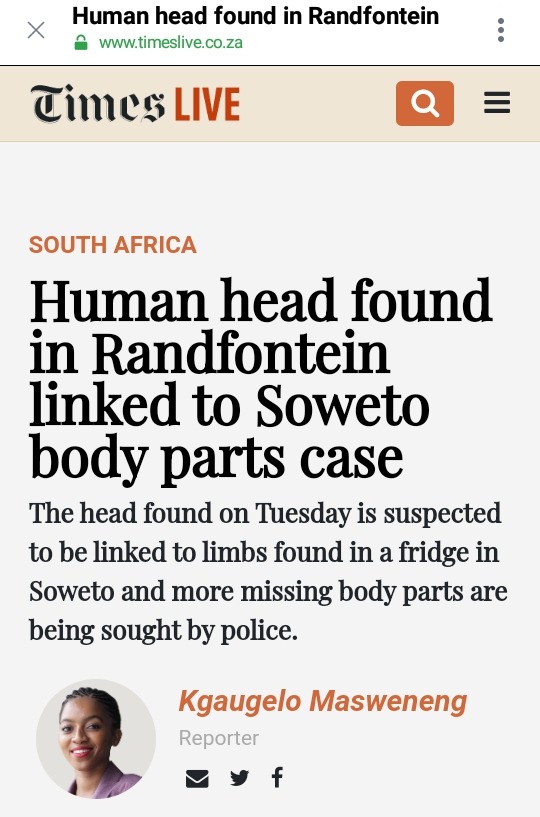 It's been a tough week for many south africans as disturbing news just resurfaced days ago where a woman found body parts inside the fridge of boyfriend. This has caused a debate on social med ia across the world and people are asking themselves what kind of cruetly is this one. The guy suspected to be a murder of the human remains was arrested after the girl ran to neighbours and look for help. 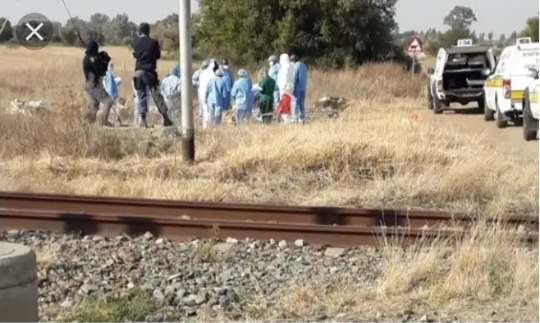 A human head found on a road in Randfontein on Tuesday is believed to be linked to the Soweto body parts case.The location of the gruesome find is a 23 minute drive from the Soweto home where body parts were discovered in a man's fridge by a female friend of his at the weekend. Police spokesperson Brig Brenda Muridili said the head found on Tuesday is suspected of being linked to the case and that more missing body parts are being sought. 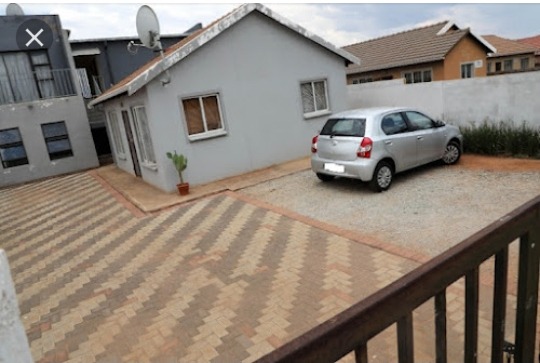 The police have found a human skull buried in a shallow grave next to Glen Ridge, Westonaria Road . The human skull is being linked to the Protea Glen discovery of human limbs in a fridge on Saturday.These body parts are being connected to a 23 year old woman from Soshanguve in Pretoria, said Muridili.The accused in the case, Flavio Hlabangwane, 26 appeared in the Protea Glen magistrate's court on Monday and his case has been postponed to November 22. 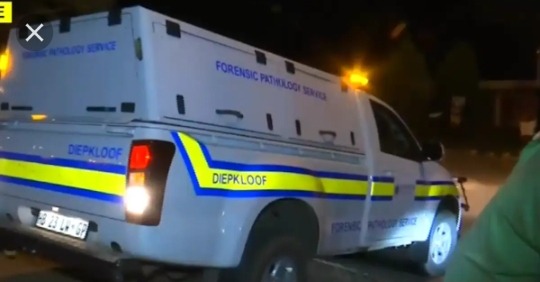 Hlabangwane was arrested at his home in Protea Glen. After the discovery, Hlabangwane stabbed himself in an alleged suicide attempt and was admitted to hospital. He has since been discharged and appeared in court, Muridili said.She said the body parts would be sent to a forensic science laboratory for identification.Muridili said the case has now been taken over by the provincial occult-related crime investigations team. People are still traumatised about what happened for the past few days and many people have gone missing in south africa. 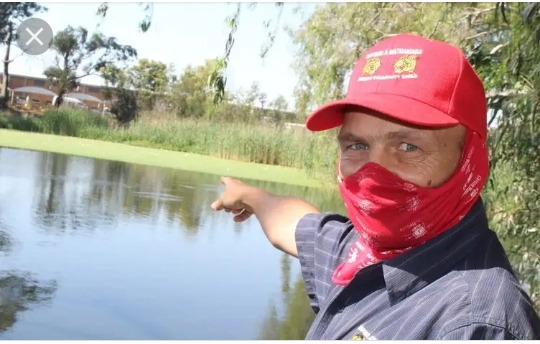