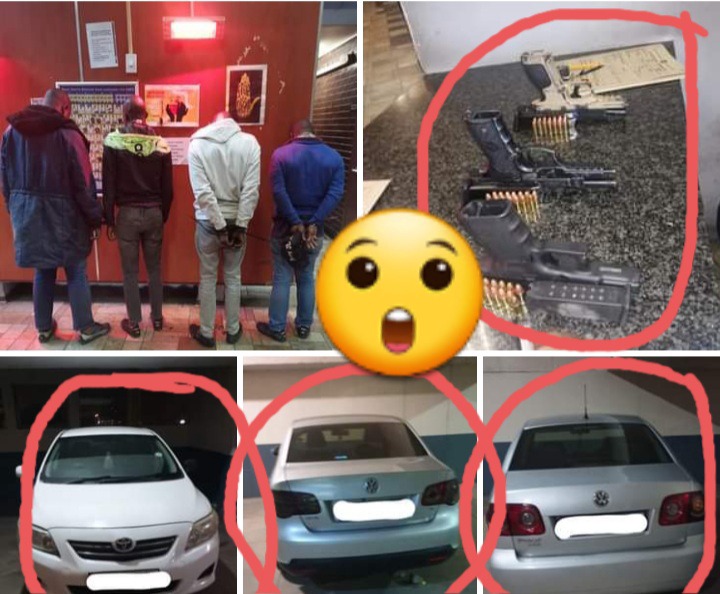 JMPD IIOC Undercover officers responded to this information after being alerted about a White Toyota Corrolla belonging to the suspects which was parked at Leyds and Claim Streets in Hillbrow, upon arrival at the scene, they spotted other suspects using a Silver Volkswagen Polo Sedan and a Silver Volkswagen Jetta 5 parked next to the Toyota Corolla.

They tactically approached the suspects and apprehended them, one unlicensed firearm and two firearms belonging to a security company were found on their possession, the suspects were detained at Hillbrow SAPS and will make an appearance in court today, 16 May 2022 to face charges four possession of firearms, ammunition, and attempted business robbery.