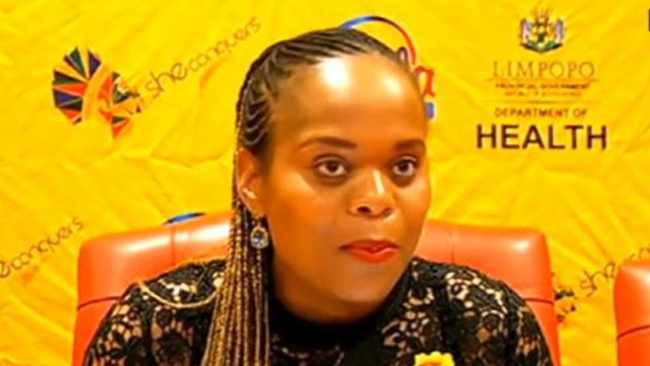 Pretoria - The Special Investigating Unit (SIU) has alluded 33 criminal cases to law requirement offices for indictment according to a R25 million individual defensive hardware (PPE) contract granted by the Limpopo Department of Health.

The Pretoria News has dependably discovered that the unit additionally sent a letter to MEC Dr Phophi Ramathuba requesting clearness about the matter.

The SIU's activity comes over a year after sister paper the Sunday Independent revealed that the Limpopo Department of Health had sporadically granted PPE contracts worth R125m.

It stays indistinct which agreements are the subject of the SIU's criminal reference, with representative Kaizer Kganyago saying those subtleties were contained in a classified report which would be given to President Cyril Ramaphosa this week.

Kganyago said: "We have concluded the matter and will hand the report to the president this week for thought. What I can perceive you is that we have 33 references… and that doesn't mean it's 33 individuals. For instance, one individual may have five references alone. However, those are subtleties we can't get into for the time being. We have additionally sent discoveries to the MEC."

Ramathuba denied having gotten any correspondence from the SIU.

"Perhaps it's still coming. I will check with the head of division yet up to this point, I have not gotten a single thing from them.

"I'm sitting tight for the report from the SIU. Be that as it may, up to now, I don't know anything and can't remark a lot. I possibly act when I have gotten the report. At this point, I don't have a clue who is embroiled and who isn't. I have just seen things on Twitter. Yet, I have gotten nothing," said Ramathuba.

Limpopo Department of Health representative Neil Shikwambana said the division couldn't remark at this point since nothing had been finished. "We have, from the start, invited the examination and it's an interaction we can't do much about. We are permitting the SIU to take care of its responsibilities until it's conclusive, and we will anticipate in such manner."

In August SIU head Andy Mothibi visited the area to brief Premier Stan Mathabatha about the discoveries of the report expected to be given to Ramaphosa this week.

The examination concerning PPE obtainment in the territory zeroed in on Covid-19 agreements to the tune of R486m, and which required somewhere around 42 specialist co-ops.

The SIU, which is testing multibillion-rand PPE acquirement misrepresentation and defilement the nation over, has since laid criminal allegations against certain organizations and frozen their ledgers for their part in delicate abnormalities.