By Mzansi_Media (self media writer) | 2 months ago

Sindisiwe Mankele, the woman who killed rapper Flaba, has been released on parole. Singabaho Correctional Services spokesman Nksumalo confirmed on Tuesday that Mankele was released.

Mankele was sentenced to 12 years in prison for stabbing the rapper whose real name is Nkululeko Habedi. The couple argued at Habedi's house in Alexandra. Mankele has served seven of his 12-year sentence. 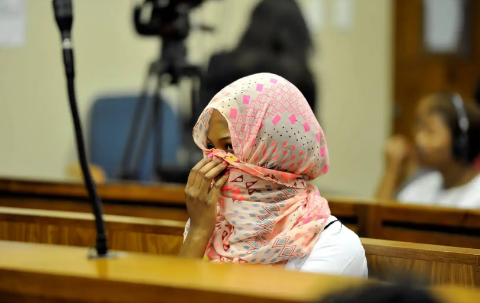 Nksumalo said the department decided to release Mankele because he had a "positive support system."

“Mankele is responsible for the crimes she committed and regrets it. He has completed all the programs identified as part of the correctional plan and participated in the 2018 Victim-Offender Dialogue.

Nksumalo said Mankele would serve the remainder of his sentence under penitentiary supervision and expected him to meet certain conditions. He said she would be monitored until the end of her sentence on May 23, 2028. 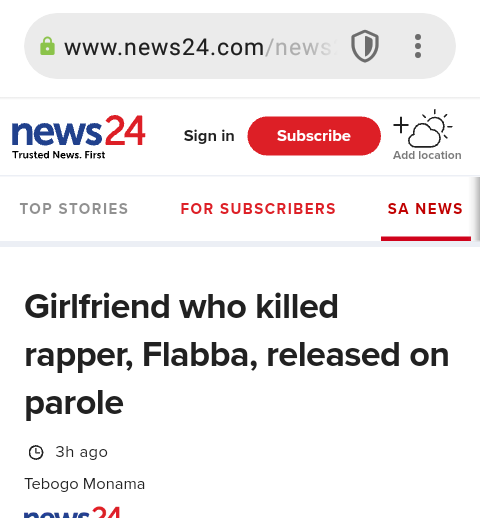 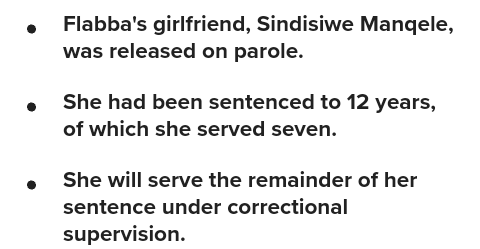 "The trial is part of a wider rehabilitation program to improve offender behavior and may include ongoing programs aimed at reintegration while you are in the community correctional system," Nksumalo said. 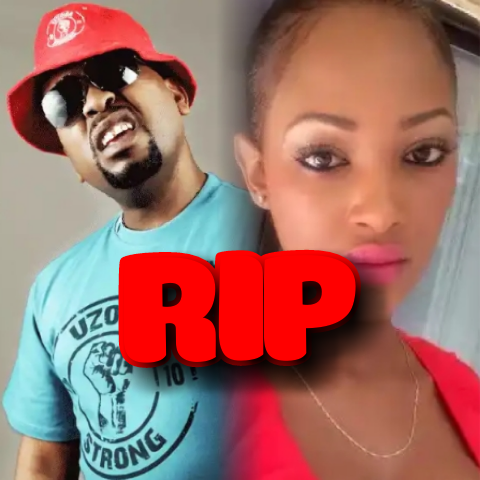 From reports, it seems the family of the deceased have collectively decided to forgive the offender as she claims she regrets her actions. What are your thoughts concerning this cases of Flabba's murder release on parol?