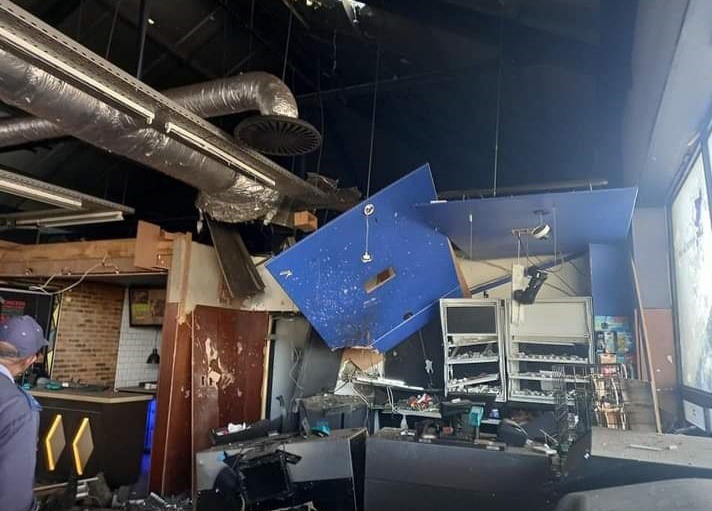 After robbing an undetermined amount of money, a group of five criminals detonated a bomb at a gas station in KwaGuqa, Emalahleni, in the municipality of Mpumalanga, and the police in that province have begun searching for them.

It took at about three in the morning on Tuesday, May 24.

The terrified employees reported to the police that the five suspects, two of whom were armed with firearms and one of whom was equipped with an iron bar, had hidden explosives in the cash safe before ordering all of the employees to gather in the station kitchen.

After that, we heard a terrific explosion three times, and the store was filled with a cloud of smoke. The next thing that the group did was steal stuff that belonged to several of our employees, and then they went about robbing the cash registers. According to one of the employees, "they then fired multiple bullets outside before departing the area."

"A filling station at Costas in KwaGuqa was bombed, and as a consequence, complaints of commercial robbery and intentional damage to property were recorded for inquiry," stated Brigadier Selvy Mohlala.

"This incident was brought to the attention of the police, and when they responded to the crime scene, they discovered that the front windows of the garage shop had been severely damaged, stock had been strewn all over the place, the roof had been blown open, and the employees who were on duty at the garage were found outside the shop in a state of shock.

"When the police began their preliminary investigation, they were told that five suspects, two of whom were armed with firearms and one of whom was armed with an iron bar, had planted explosives in a safe and chased all of the employees to the kitchen. One of the suspects was also armed with an iron bar. "As they were working in the kitchen, they heard what sounded like a gigantic explosion three times, and smoke covered the whole establishment," he claimed.

According to Mohlala, the cost to repair the damage at the business was around R900 000.

Calling Detective Colonel Helen Masombuka at the number 082 303 9938 is requested of anybody who may have information that might lead to the arrest of the accused.