Remember The Uber Driver Who Harassed A Woman And Bragged About It On FB, This Is What Happened

By Black_Kermit (self media writer) | 18 days ago 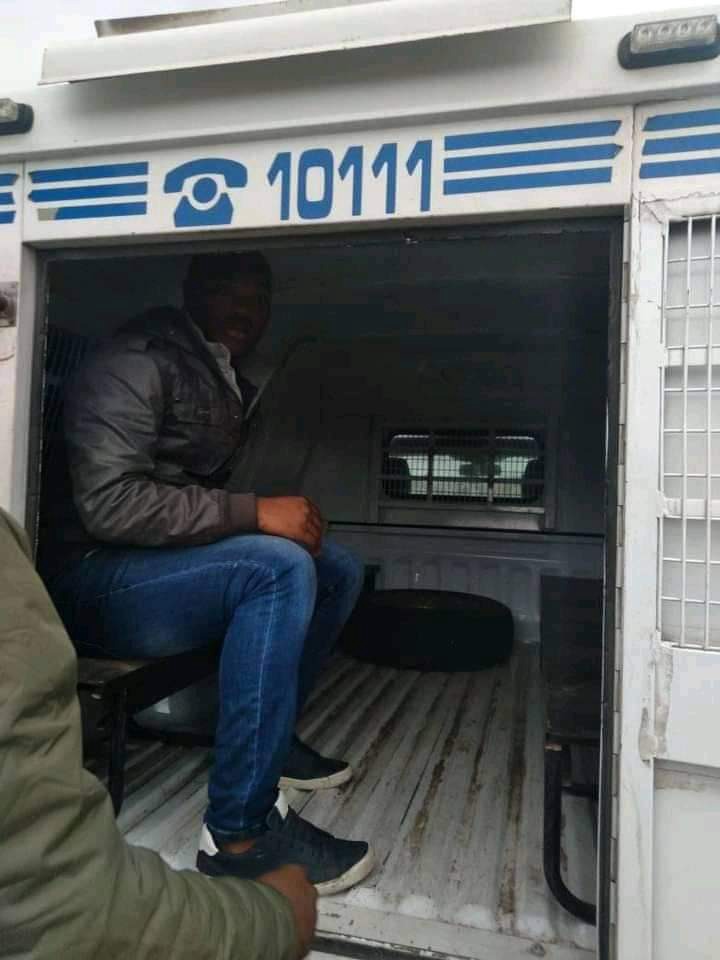 MOTHERWELL – An Uber driver who harassed a woman 3 days ago was arrested in Motherwell, Gqeberha. It has been revealed that the suspect attacked the woman after picking her up in a trip and took her to a secluded location, where he preceded to do as he pleased leaving her traumatized and scarred.

This incident has caused a stir on social media because it's the one where a woman was crying out on Facebook about the ordeal, this was done through a Facebook post where the suspect responded in the comments section by saying that he didn't hurt the lady so why was she complaining.

Members of the public who were observing the whole thing were seriously upset and maybe they might have assisted in bringing the suspect to justice, because it didn’t take long after that comment for the man to get arrested for his careless actions. 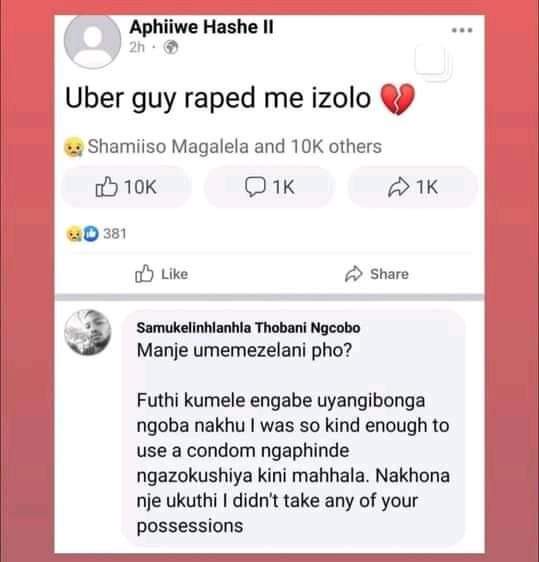 The man was bragging without any shame and without any fear of prosecution but I guess not having the fear doesn’t necessarily mean that you will have nothing having to do with your crime, the police eid the necessary investigations to find the suspect who was bragging and place him in police custody and we hope that our justice system will never disappoint us in this matter and things will just work out very well for all of us.

Crime in the country is happening at such an alarming rate and it deserved the attention from the police in order to eradicate it, but this demands a huge budget and a dedicated police force that is going to deal with crimes of this nature.

The Uber driver is ill-informed and that is why he felt the need to attack the girl even when she was away from the incident and even after it happened, perhaps he has done this before and that is why we have such problems in the country because there is no accountability whatsoever. 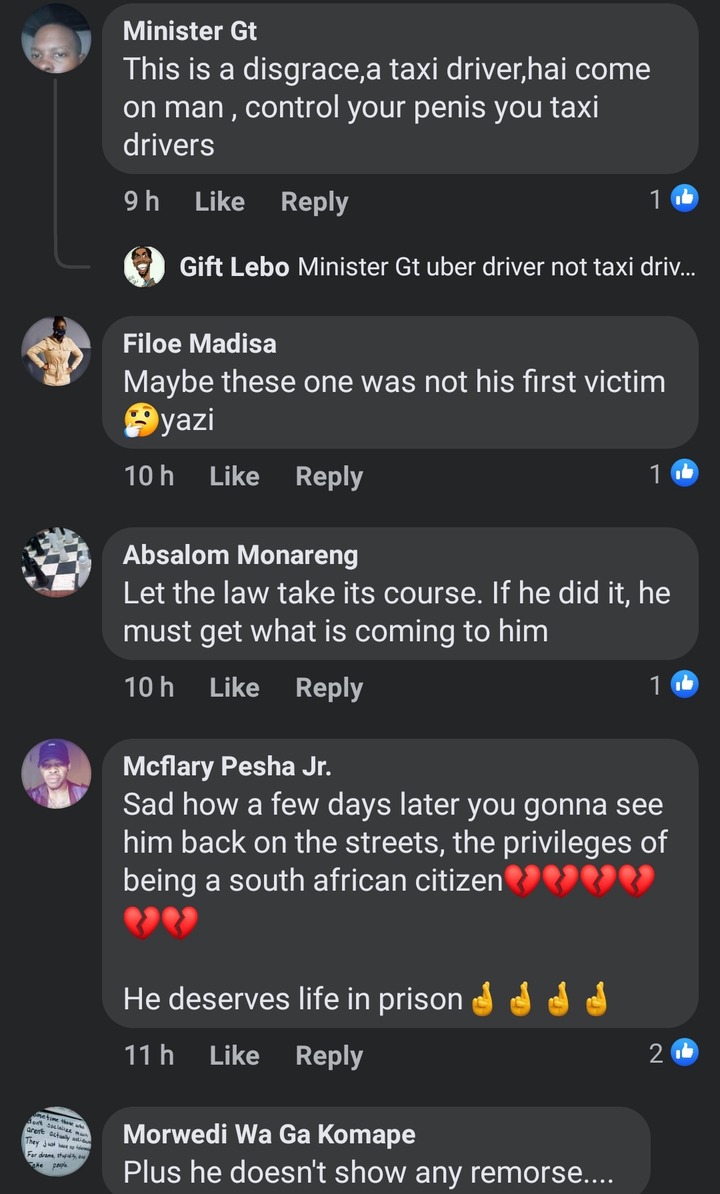 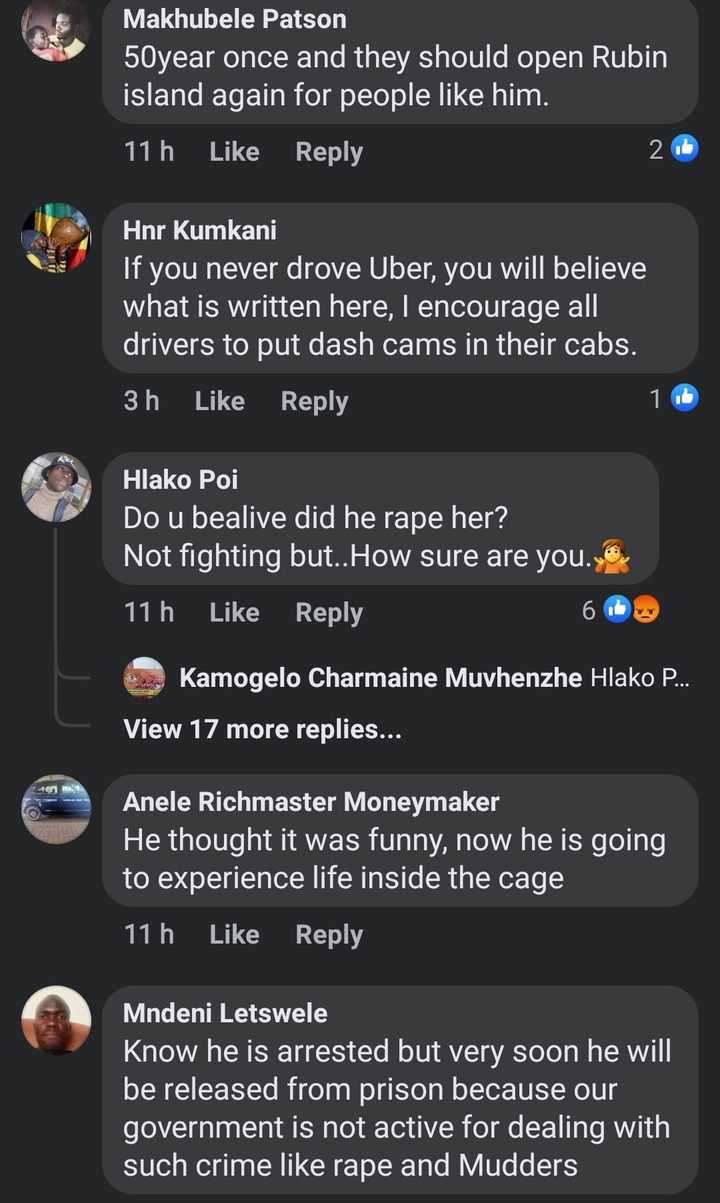 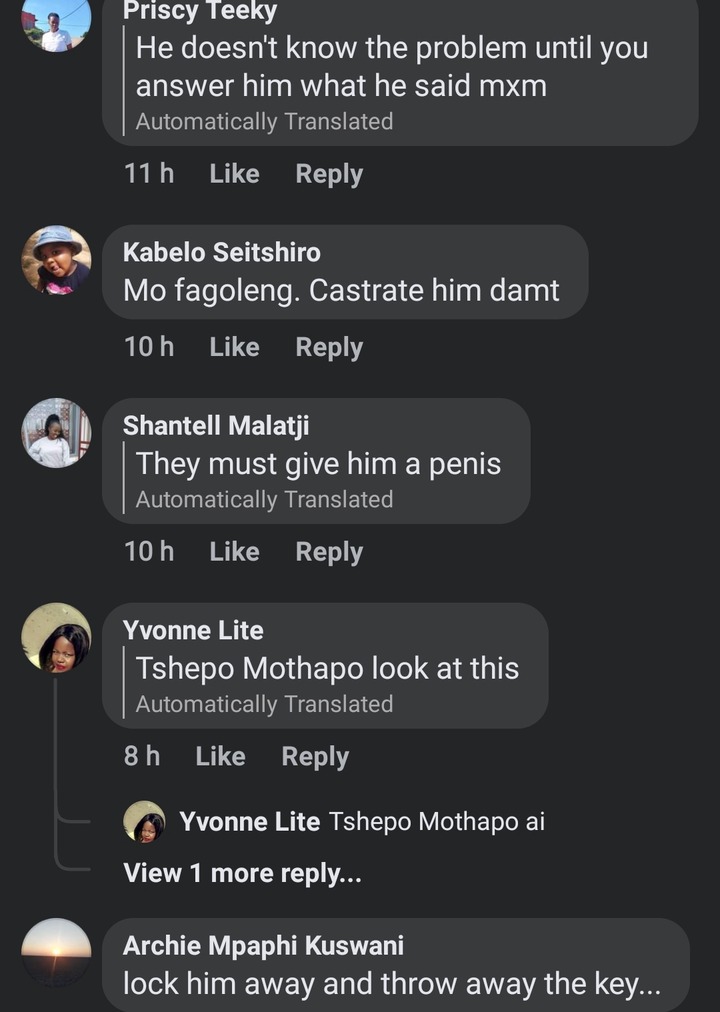 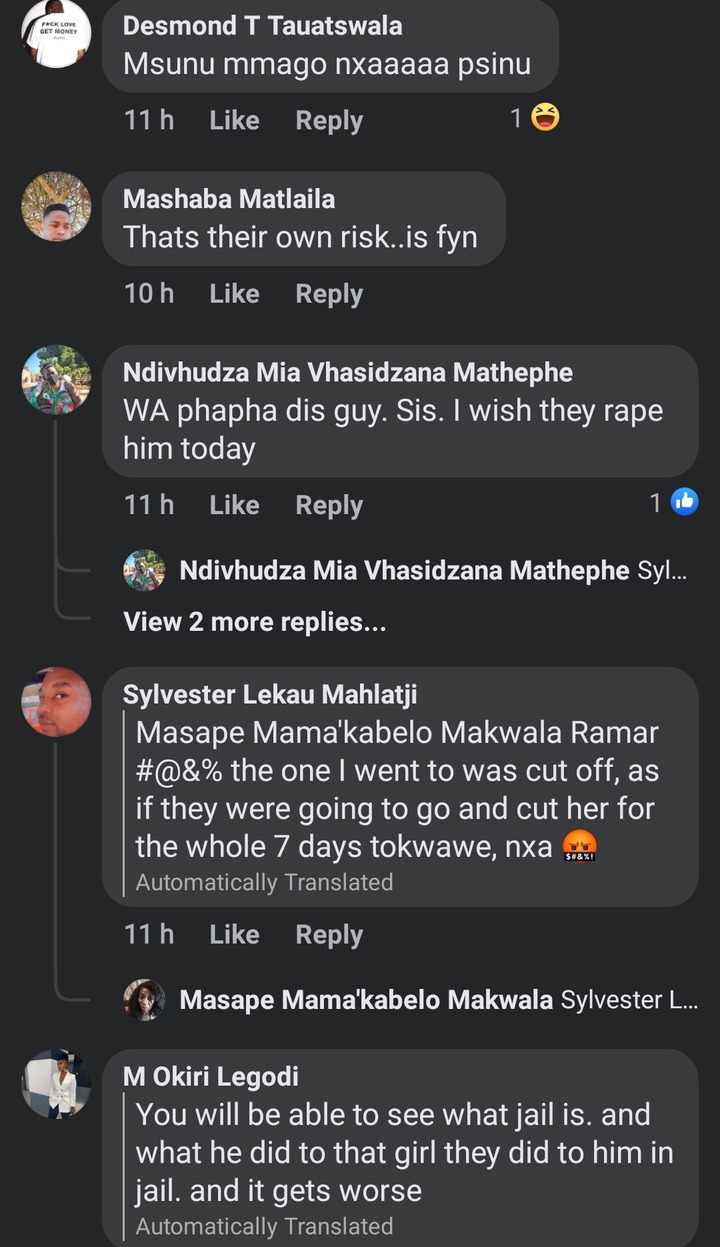 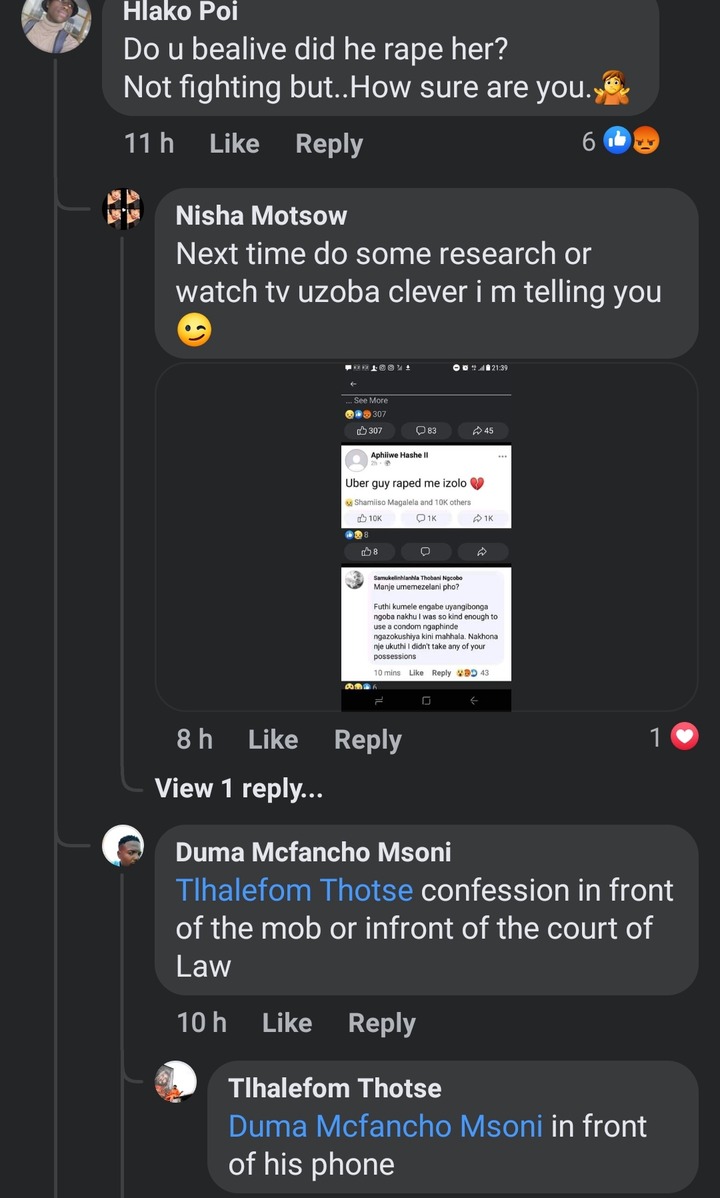 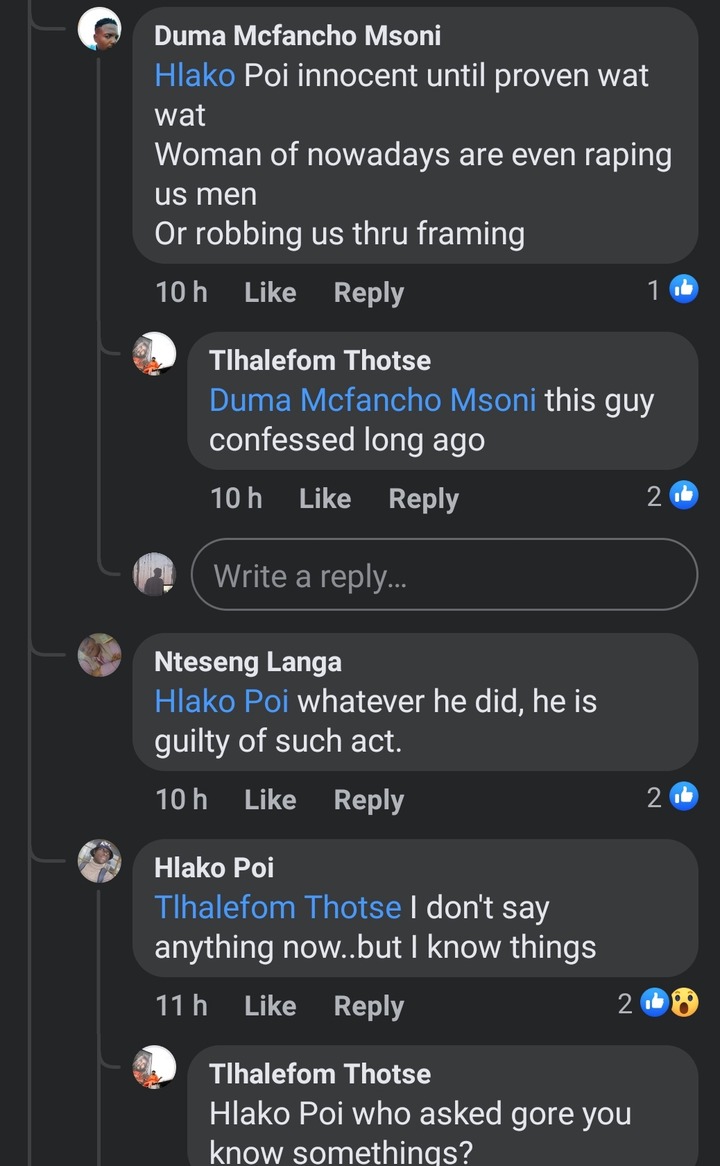 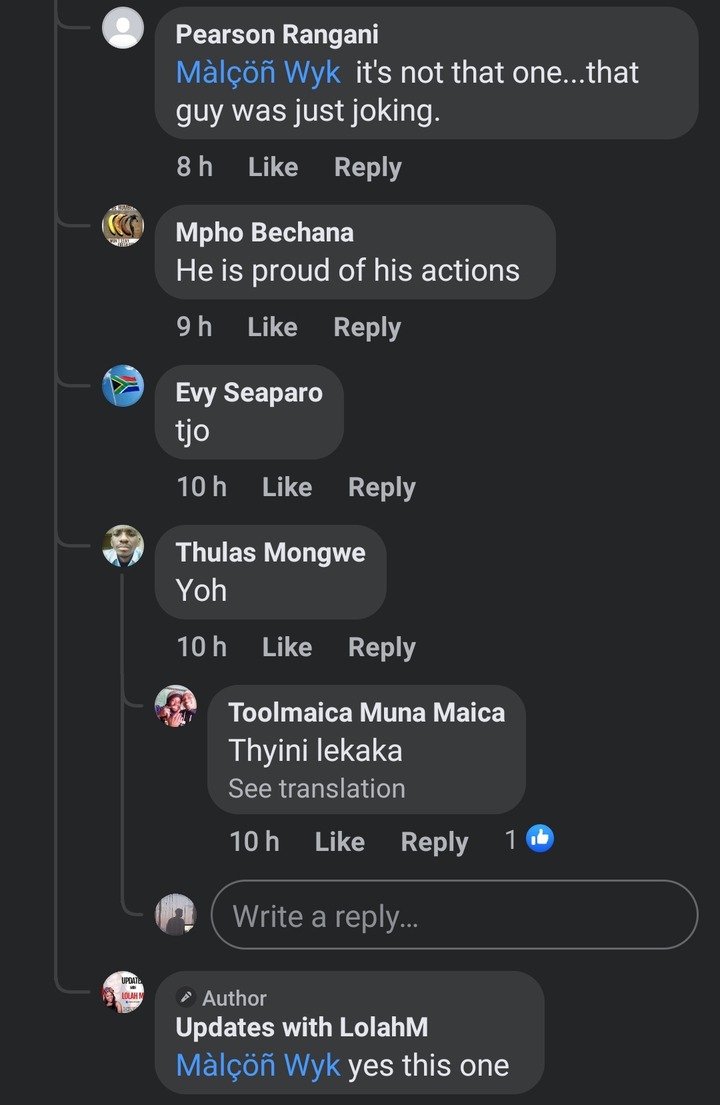