There are some events that take place in this nation that give the impression that the viewer is witnessing an action film. Today in broad daylight, the N1 was transformed into a fast-paced pursuit scene when security officers engaged one gang of armed thieves. The fact that none of the security personnel were hurt is a blessing considering that they were battling an incredibly hazardous group.

According to a report about the incident that was published by Arrive Alive, the cops from the Fidelity Services Group gave one robbery crew a devastating blow.

The heist crew allegedly sought to run to safety in vain, leading to a high-speed chase. But thanks to their exceptional tact, the officers were able to corner them on the N1.

Security guards detained the individuals, and a team from the South African Police Services assisted them. The suspects were claimed to be in police custody and being questioned at the time of going to press. 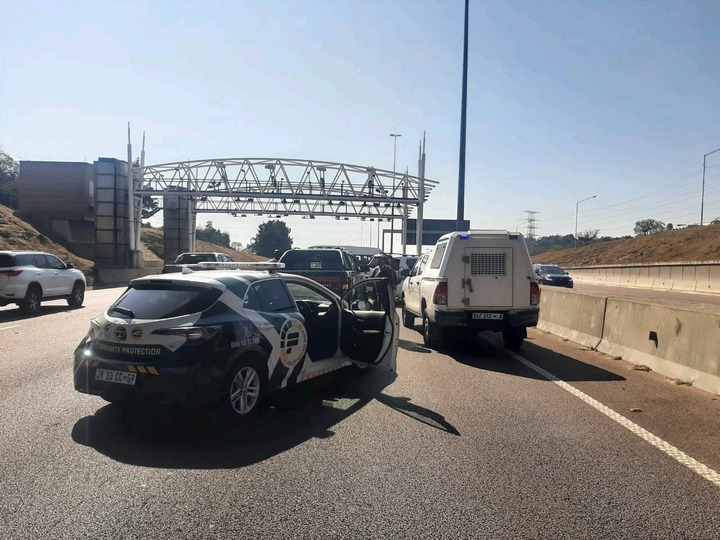 The team of security personnel was informed about a house robbery that was taking place in another instance that happened separately but had comparable effects. They were alerted by a resident of the neighborhood that some robbers had entered a home in Rooihuskraal.

As soon as the police arrived on the scene, the suspects started using a getaway car to leave. Eventually, the high-speed chase came to an end along Olievenhoutbosch. The suspects crashed their car when they got close to Nelmapius Drive.

The officers jumped on them right away, and they were captured. For these security officials, this was one of their most notable days in office because they had achieved big successes.