Police officer try to arrest another for what he did in public. Has this man gone mad 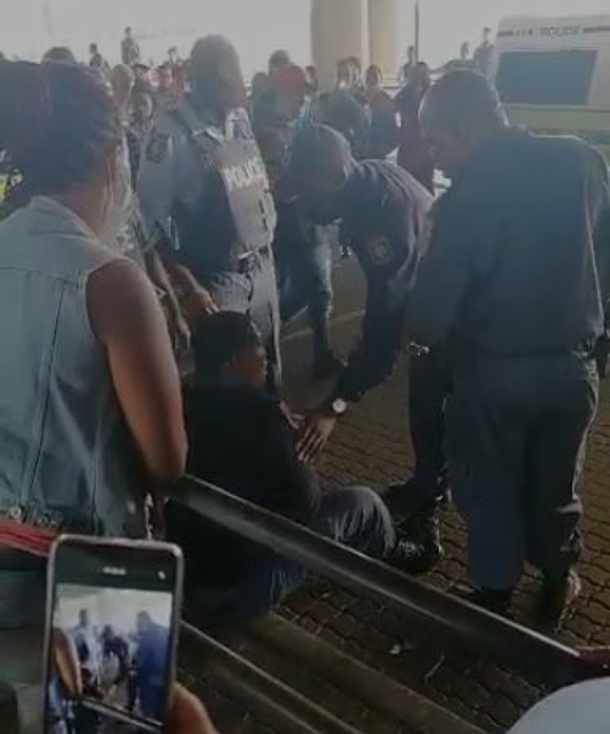 A video depicting police attempting to restrain a fellow officer who appreciate to be trying to fight them using kung-fu at the Mitchells Plain Town Centre bus terminus has gone viral on social media.

Onlookers took many clips have found their way into social media showing the police officer doing karate chops and flying kicks the sort of which we see in movies. All the while his colleagues attempted to calm him down and restrain him.

In one of the videos, the officer question is seen talking to random people about what he called “the truth”. Those that saw him described him as being a manic state.

In a different one, the officer can then be seen running towards a parked bus. He then began yelling, “Leave me alone, do you want to arrest me? What do you want to do? I don't work for them anymore, I just have the uniform,”

Other officers seemed to signal something to one another then, another is seen pepper spraying the rogue officer in order to try and gain control. A woman stands nearby and starts praying. It is still unclear what led to the episode, witnesses claim the officer who was then taken away, appeared to be “intoxicated”.

Warrant Officer Joseph Swartbooi who is the police spokes person in the area said police management were made aware of the incident.

His words were, “Kindly be advised that the video clip (referred) to has been viewed by SAPS management and we are of the incident where a police member stationed at Mitchells Plain SAPS acted out of character,” he said.

“The member has been referred to a medical facility for assistance, and while this aspect is being attended to, an internal investigation is under way.”