Woman gets killed on N12, this is what happened

By AfricanChannelNews (self media writer) | 19 days ago

On the major freeways of South Africa, lots of incidents happen on any given day. Some of them are so horrific and are unexplainable. This makes some to always be grateful whenever they reach their desired destinations with no major challenges.

A report which was published by Arrive Alive today narrating what happened on the N12 on the 2nd of October 2021 showed how one lapse in concentration can lead to catastrophic incidents.

Just outside Fochville on the N12, there was a report of a head on collision which took place in the afternoon. During this collision, one woman said they lost her dear life while five other occupants of these vehicles which collided were left with serious injuries. Among those who got injured where a child.

This incident spelled out yet another bad day for South African drivers. Life should not be needlessly lost on our roads.

Phone calls were made to service providers as they were being summoned to the scene. At about 13:45 first responders were active on the scene offering assistance.

Upon their arrival, two wrecked vehicles were seen in the middle of the road. Fire brigade personnel had to extract the passengers from the vehicles before the end of them over to paramedics.

One team of paramedics had to attend to the one-year-old child while other teams had to assisted the other five adults cool where trapped in the two vehicles. Paramedics assessed two of the patients from one of the vehicle and one woman was found to have succumbed to multiple injuries. 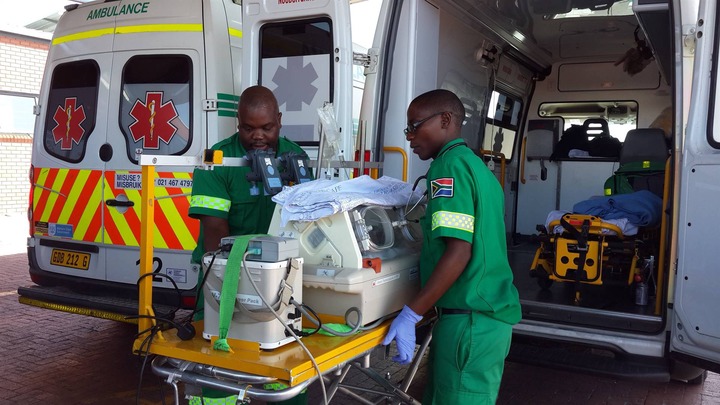 Three adult males were found to be in a critical condition as well as another woman. One adult was reported to have escaped with moderate injuries.

Advanced life support interventions were given to the critically injured patients by paramedics before they were transported to medical facilities. Two of the patients who were in an extremely critical condition where airlifted by a medical helicopter to hospitals where they are set to received some specialized care.

The exact cause of this accident is not yet known but local authorities were active on the scene carrying out investigations. Drivers where urged to always alert when they are on the road as a lapse in concentration can lead to dire consequences.