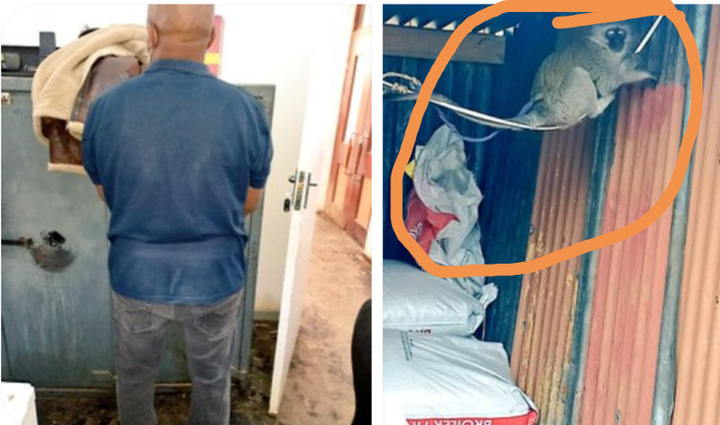 According to Vehicle Trackers, the police has yet to make another arrest because they only arrested four suspects in including the police. These suspects were busy terrorizing people, their weapons and their monkey was found "info recover by JMPD officers from SA police service CI about a group of makes who terrorist people in Sloville on arrival a shooting ensued between + - 20 suspects and the police. 4 suspects were arrested. Ammunition and a monkey allegedly used for rituals were found" Reported Vehicle Tracker. 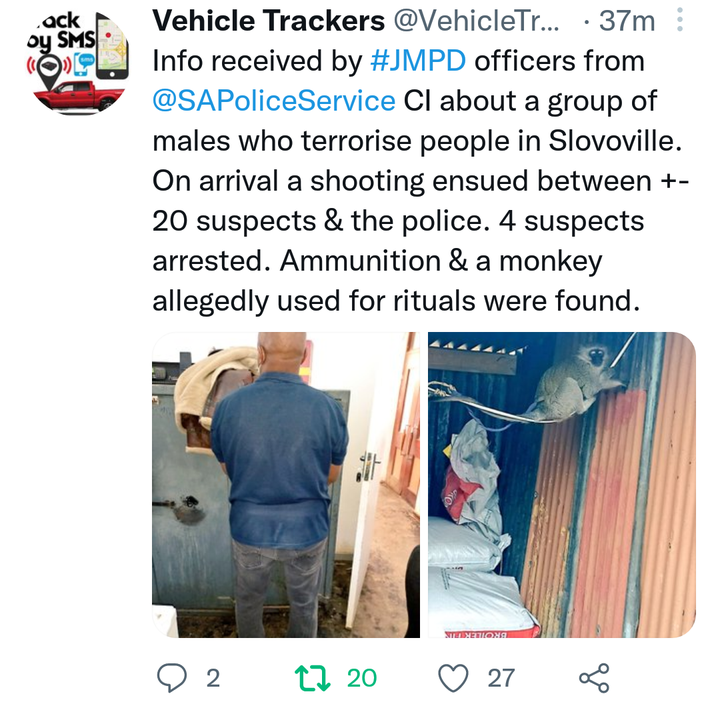 The crime rate is way too high in South Africa and it is crystal clear that criminals are using certain Muthi, and perform certain rituals so they will get away with everything they do.