Football doesn't always have the best reputation. It's a beloved American pastime, but sometimes a very controversial one. On the professional level, players often sustain serious injuries or face troubling business dealings; on the collegiate and high school levels, football players may be lionized by some and feared by others.

However, there is a tremendous value in playing a team sport like football. When a group of 13-year-olds joined a junior football league, they just thought they were going to be running plays and scoring touchdowns. What they didn't know was that their skills could also help them do something amazing...

Team sports are often a common part of the educational experience in the United States. Everyone learns in different ways, and for some that means learning the value of teamwork by playing on a school or local sports team.

But teamwork isn't the only thing that student athletes can learn. In fact, very often kids who play sports learn an entire set of skills that could put most adults to shame.

One such team is the The Black Knights, a group of 13-year-old youth football players from Boise, Idaho. They were returning victorious from Bay Area Spring Football League Tournament of Champions in San Jose, California, when they did something that would stun the world.

Though they were returning from the game as victors, they still weren't exactly traveling in the lap of luxury. In fact, the team was driving back home to Idaho using the trusty old team van. It was a good thing they were, too...

That's because when the team was making its way through Oregon, something amazing happened. Head coach of the team, Rudy Jackson, noticed a car accident on the side of the road as he was driving.

Coach Rudy pulled the van over, thinking he would call 9-1-1 and wait for help to arrive since they were clearly the first on the scene. But then one of his players jumped out of the van...

Before Coach Rudy knew it, every single member of the team jumped out of the van and raced over to the scene of the accident where a bright red Jeep had flipped over. It was a terrifying scene.

A man was sitting dazed and confused in the middle of the road, having been thrown from the vehicle during the accident. One of the players wasted no time getting him to safety and performing what little first aid he could while they waited for the paramedics.

The players covered the man in blankets, and when he finally spoke, the young men learned that this man wasn't the only person involved in the accident. His wife was still in the car! 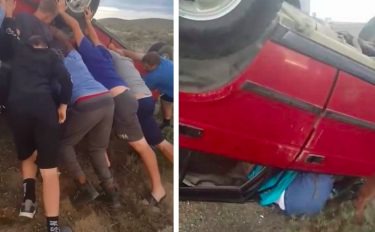 The players didn't panic. One of them ran back to the van where they managed to find a sharp knife. They freed the woman, who was trapped upside-down in the Jeep, from her seatbelt, and did their best to try and protect her injured arm.

Throughout all of this the players remained exceptionally calm. They moved quickly but they weren't panicked. They did their best to make sure not to scare the victims of the accident. 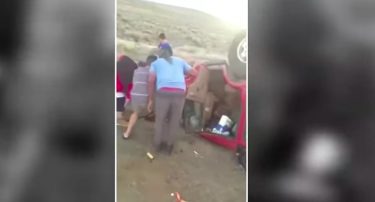 While any of us might have been at a loss when it came to what to do, these amazing young men all kept their heads. Instead of squabbling amongst themselves about the best plan of action, each boy gave his teammate an equal opportunity to speak up and strategize. 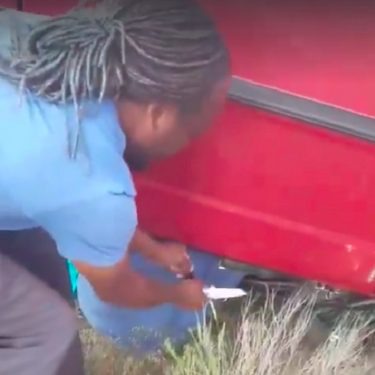 Coach Rudy wasn't surprised, but he was exceptionally impressed. "It was just a little adversity … It’s almost an unreal story. They got out of the car like they were supposed to do that. It’s a great bunch of kids," he added. 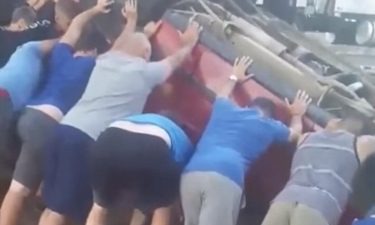 Although they were able to free the woman from her seatbelt, they were not able able to free her from the car itself. The men were at a loss, but that's when they started using the same teamwork that won them the Championship to go a step further...

Together, the young men of the football team worked to tip the car to one side. It took a little bit of time, but once they got it figured out, another player was able to help the woman escape from the wreckage.

They managed to get the entire rescue on video, too! One of their friends wasted no time posting it to Facebook saying "Boise Black Knights 2018. On the way home from winning National Championship in San Jose the vans came upon this accident." 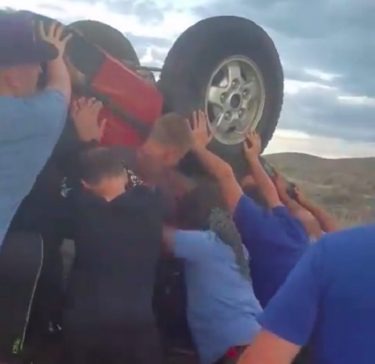 The video quickly went viral and every person who saw it was shocked by the composure and skill of the young men. The only person who wasn't surprised was Coach Rudy. 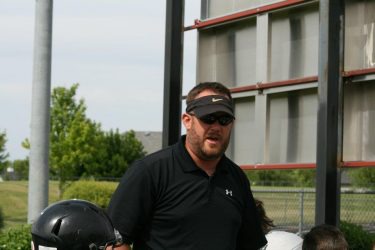 "I’ve watched these kids grow, and they came a long way, they’re just amazing young men," he said. Even if you aren't a football fan, it's hard not to admire these young men. 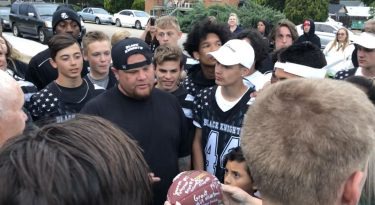 That didn't mean their coach wasn't impressed! "It felt amazing that we could do what we did," Coach Rudy said, "because I don’t want to imagine what would have happened if we were not there to help." 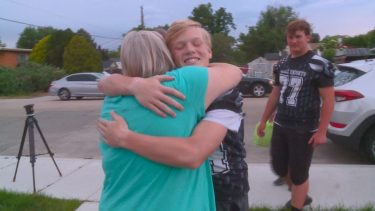 "They rescued the man and trapped woman inside by lifting the vehicle up. This is the true definition of teamwork, compassion, and strength. I am in awe of this amazing team," he said. Watching these young men work together to save two lives is truly awe-inspiring.

Normal transportation in Africa nothing to see

SANTACO has issued a statement that these taxis DO NOT represent the views of the taxi industry.