By Hello.Mzansi (self media writer) | 1 year ago 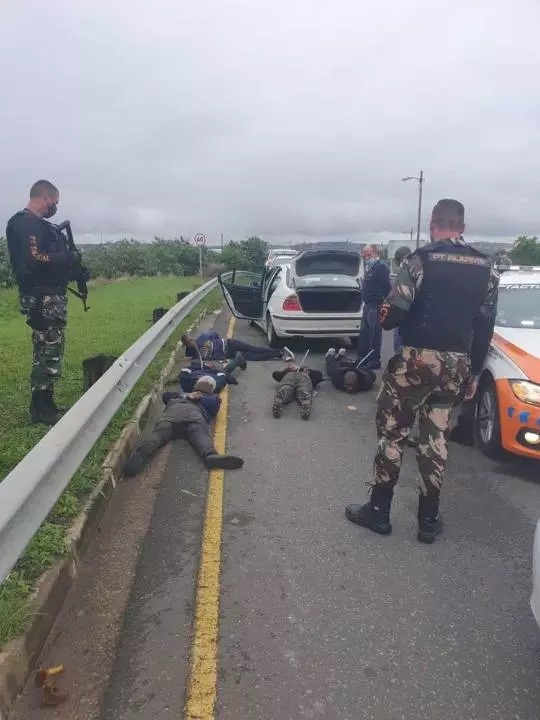 Members of the South African Police Force SAPS have worked tirelessly to ensure that a gang of violent offenders who have been terrorizing community members in Geluksdal in Ekurhuleni are permanently excluded from society.

According to a media statement issued by the police, Warrant Officer Tello Jonas Motha headed the team that carried out the investigations successfully.

On Monday, 7 December 2020, the five gang members appeared before the Gauteng North High Court. One of the five gang members was sentenced to two years of life imprisonment for the murder of two individuals. A 26-year jail term was levied for each of the offenders for attempted murder, five years for possession of unlicensed weapons and two years for possession of ammunition.

The court learned that the five men were engaged in a drive-by shooting on 7 April 2018, which culminated in the death of two men, whilst the other four were wounded. The attackers used a single car when they opened fire on a group of friends who were sitting on the side of the road in Geluksdal, Tsakane.

The five suspects were detained on 10 April 2018 during a police search operation, as Warrant Officer Motha is reported to have operated hard to present the requisite facts to the court.

The five defendants were acquitted of two charges of murder, four counts of attempted murder and allegations of possession of unlicensed guns and live ammunition at trial on 27 November 2020.

Extreme punishment has been identified as the only way to deliver a clear warning to all gangsters in the nation who are engaging in terrorizing and causing pain on neighborhoods by their offenses.