The leader of the shack dwellers movement, Sibusiso Zikode, told the unrest commission on Monday that a revolt from poor people over inequality was inevitable.

Zikode was testifying on day 10 of the South African Human Rights Commission (SAHRC) hearings looking into the July unrest. Zikode was called to the commission to give an academic observation of the motivations behind the looting of shops that occurred in Durban.

He said the wide-scale looting and violence, by people living in poverty, were mainly as a result of economic inequality in the country. “People would have found other ways even if there wasn’t a Zuma moment,” he said.

“Abahlali has always warned that the anger of the poor can go in many directions. It cannot be business as usual [when] people can live in the poverty that I have seen and witnessed in many shack settlements in this country, particularly in Durban.” 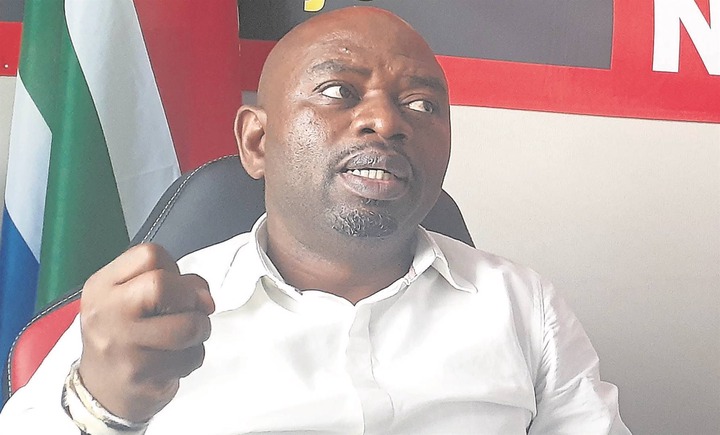 Zikode was re-elected on Monday as Abahlali’s president. The movement now has over 100 000 members living in informal settlements, mainly around Durban, he said.

During the civil unrest, Zikode said they were co-ordinating with people on the ground about what was happening. He said people in informal settlements were driven by opportunism to loot and were not aiming to destabilise the country’s economy.

“Poor people are not stupid, they would not destroy shops that they are going to need tomorrow,” he said.

“When they saw people who were driving nice cars looting, people who are better off, then they reacted.”

Zikode said police in many areas were standing back and not actively stopping the looters, which would have given the impression that it was okay to loot.

As long as inequality persists and poor people feel left behind, Zikode said, another similar event will happen again in the future. “As long as we put profits and private property ahead of human needs, [it will] lead us to right where we are,” he said. 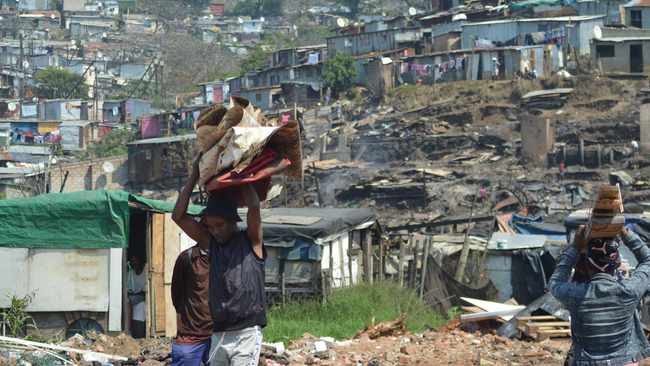 Zikode also testified that he received WhatsApp messages on July 14 with the address of deputy chief justice Raymond Zondo’s home, followed by another one proclaiming “azibhubhe”, which means “let there be destruction”.

However, Zikode told the commissioners that he was not comfortable with publicly sharing the names and details of the people involved in the text chain.

“My children are still very young, I have been sleeping in the bushes with these things,” he said, before agreeing to share the information privately with the commission. Zikode was asked if he shared the information with the police.

“At that time there was no leadership and the police did not exist. I did not trust the police myself. I still hold the same position now; the police that were not trusted in July cannot be suddenly trusted today,” he said.

Zondo was the judge presiding over the state capture commission.

When former president Jacob Zuma refused to appear before the commission, he was charged by the Constitutional Court in July for contempt of court. Zuma was subsequently imprisoned and shortly after his detention, civil unrest broke out in parts of KwaZulu-Natal and Gauteng.

The second witness to testify at the hearing was Professor Paulus Mzomuhle Zulu, an expert in politics and sociology. Zulu told the commission that the unrest was organised and was as a result of factional fights within the ANC. 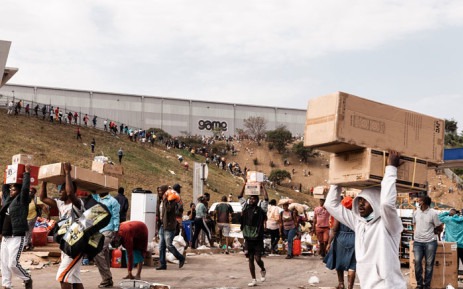 Zulu said he does not believe the 12 people President Cyril Ramaphosa identified as instigators of the unrest were the real instigators. “They are not the crafters and the architect of this event. I think the commission needs to go back and find out who they are,” he said.

Zulu said he agreed with Zikode’s theory that inequality was a factor in the looting, but added there were also other contributing factors.

He said the events in Phoenix, where 33 black people were killed, could have happened in any community in the country. “Long-lasting racial mistrust could have easily aggravated the events that occurred in Phoenix,” he said.

Zulu ended his testimony by saying there were “greater forces” behind the unrest who have not been identified yet. Over 300 people were confirmed to have died as a result of the July civil unrest.