ON A SAD NOTE : Three women and a child were confirmed dead in these distinct incidents 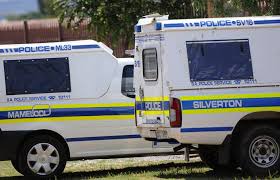 It was sad to take note of the deaths of three women that took place in Free State as South Africa is in the middle of 16 Days of Activism against Gender-Based Violence .

The first death was noted on Saturday when a 31-year-old woman was discovered with stab wounds inside a shack .She had been covered with a blanket and the stab wound was on her right ear .

The motive behind her killing was not revealed but it can be confirmed that the dead body was discovered near Bethlehem in Bohlokong .

Another killing of a woman was noted on Sunday in Qwaqwa´s Phamong Village in which a man reportedly shot and killed his 22-year-old girlfriend .

The same boyfriend also shot a 9-year-old child who died at the hospital, before turning the gun on himself .The motive for the killing was not made known by the police .

The third dead body of a woman was found by police in the Mphatlalatsane Village . The 28-year-old woman´s dead body was found with critical wounds that had been caused by being allegedly beaten with a stick by her boyfriend . The boyfriend is still on the run .