By AfricanChannelNews (self meida writer) | 18 days

Reports have been emerging of suspects who will have got fatally shot and it seems the trend is continuing even up to today.

A tweet was shared by Yusuf Abramjee of one suspect who got fatally shot. His three accomplices were arrested. 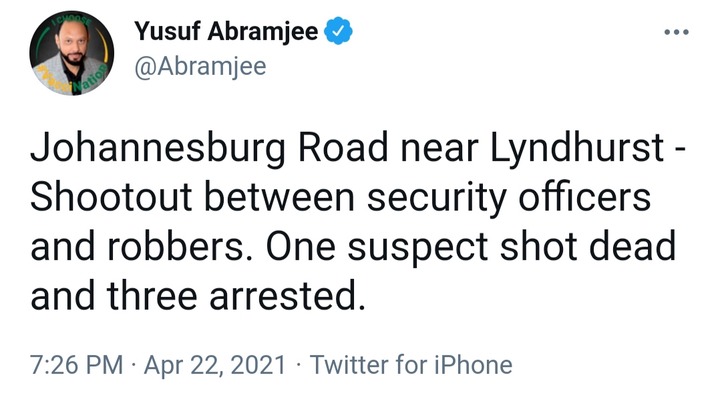 Many were left questioning if this security team ran out of bullets this time around to take down all the suspects at once. 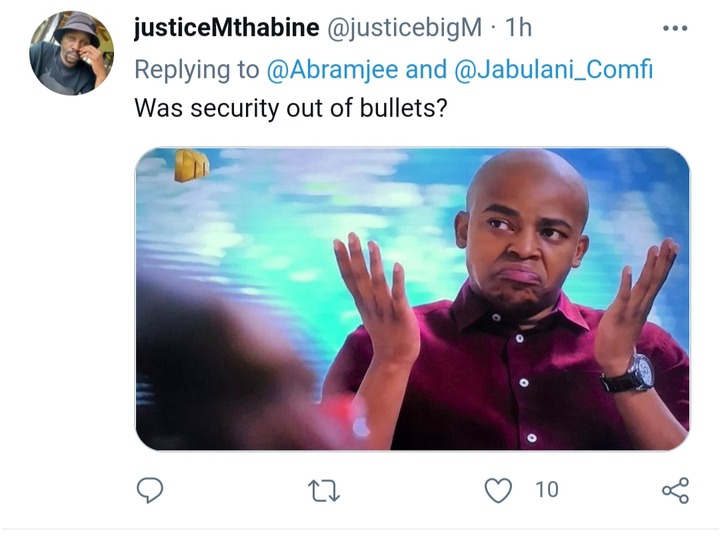 The incident happened along Johannesburg Road near Lyndhurst.

According to reports, an alarm was raised of suspects who were carrying out a robbery in the area. A private security company responded and managed to intercept the suspects before they could flee.

A shootout ensued between the suspects and the security guards but the security team prevailed. The officers managed to fatally shoot one suspect and three other suspects got arrested.

This is exactly what many want to hear in South Africa as it had been the norm that armed robbers would walk scot-free after terrorising residents.

Some even suggested that the law enforcement agents should carry on with the momentum into the next few weeks as a way to get rid of all dangerous criminals.

Should we say that the perpetrators need to find other decent ways of making a living other than going around robbing people?

Others made sure they had something to laugh about as they claimed that the jails are now full and the officers have resorted to eliminating criminals permanently in a smarter way.

It was known that the police in KwaZulu-Natal Province were the ones who specialised at killing criminals and the syndrome of shooting to kill armed robbers seems to have gripped officers in other provinces as well.

A huge applause was given to the teams that were involved. Other robbers now know that the security teams mean business and are now shooting to kill.

The most powerful Natural Remedy for Cleaning any heart Blockages.