Fiction:He argued with a witchdoctor, the next morning he found a two headed snake at his door

By RefilweSylvester (self meida writer) | 2 months

It was like any other normal day when justice from Abuja state woke up ,and had tea with his lovely family , everything was lovely , after finishing tea he told his wife ,he is head for the farm, Which was a almost 20 minutes away from their house.

Justice Inherited this farm from his late father ,who was a successful man when it comes to farming,his father had rivals in the world of farming when he was still alive , now that Justice is continuing his father's farming legacy ,his late father's enemies are now his enemies. His farming neighbour was a famous witchdoctor and farmer Mr Ibrahim , everybody used to fear Mr Ibrahim in the whole village , Justice was a believer in God so he feared no one but God , although Mr Ibrahim used to secretly hate Justice for his success in farming

One day Mr Ibrahim started arguing about the fact that , Justice needs to show him some respect ,since he has been farming when justice was just a small boy ,he also said that ,he used to garden well with justice's father , but he doesn't like Justice.

Justice responded and said Mr Ibrahim ,i respect as much as I respect myself , and it doesn't matter if you love me or hate me , but just know that i don't hate , people because we are all equal in the eyes of the Lord. 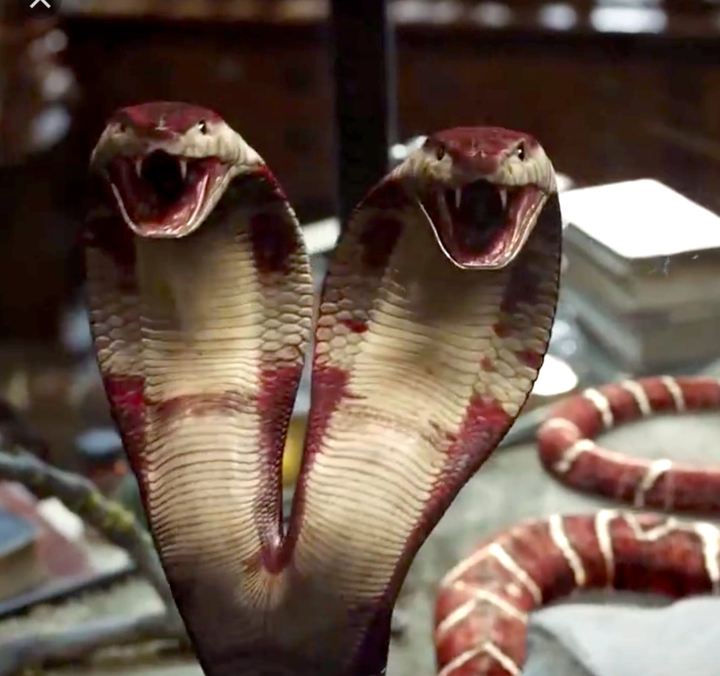 Mr Ibrahim said ,i will show you that your God is not as powerful as my God , the next morning when Justice woke up he was the first to open the door , just as he was steppin out of the house,he was stopped and stuttled by this big two headed cobra ,it was like the snake was aiming to bite Justice but it never bit him , justice said In the name of Jesus Christ ,I condem you back to hell you serpent.

That's when the neighbours jumped in and killed the snake , guess what ? Later that day Mr Ibrahim was pronounced dead.

MECS are doing this at Lufuno's school. Pictures

Pit-Bull: The History and the Origin of this Dog Breed.

"When next you buy eggroll, ask them to open it first". See What a lady finds inside it.

He welcomed me at first but at night he did the unbelievable; Lady narrate encounter with a stranger

Don't Waste Money To Impress Girls Anymore And Do These Things.

People left in disbelief after seeing this picture, here's why