By Jikelele (self media writer) | 24 days ago

A man has been going around attacking people with a machete, this man has been doing this because people voted for Independent party which ended up winning over the municipality from IFP.

A man who had been damaging cars and cutting people with a machete in Jozini was gunned down with four bullets, this suspect received injuries. A police officer who shot him was forced to shoot in order to defend himself from the suspect who nearly cut off his ear with machete. This man created chaos as he was fighting with everyone. 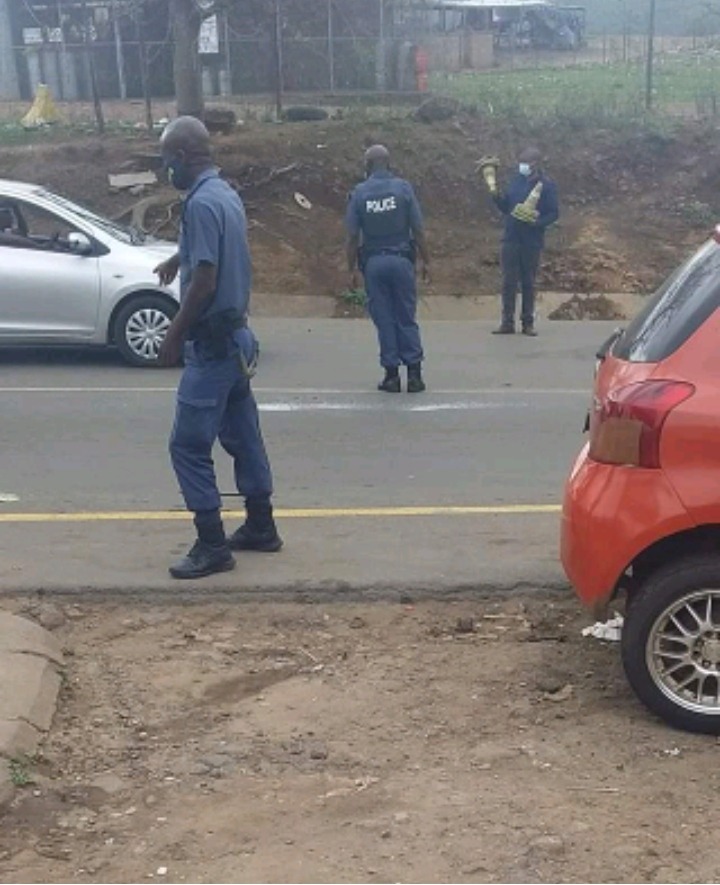 'He entered here at Boxer Built Store and took two machetes, we thought he would pay but he took them forcefully for free' stated a lady who works at this shop.

An eye witness said: 'we never took his words serious when he spoke for the first time, saying he is angry with the fact that Independent party won in his ward, which was ruled by Inkatha Freedom Party before. He then said he want to find all the people who voted for Independent and teach them a lesson, he mentioned that these people are wearing yellow t shirts. He ended up attacking, cutting anyone wearing yellow. He cut one person on the hand and arm, he also attacked three cars.'

People who have been standing in queues waiting to collect their R350 payments at Boxer store ran away as the suspect had been chasing everyone. The suspect also attacked Police officers who were called to the scene.

'I said shoot me, just shoot me' he shouted, police officers shot him on his arm, stomach and thighs . He was rushed to hospital after that, there are suspicions that this man might be mentally disturbed.

There were not so many unlawful incidents that occured during the elections day in South Africa, it seems like things went well this time compared to the prevous.